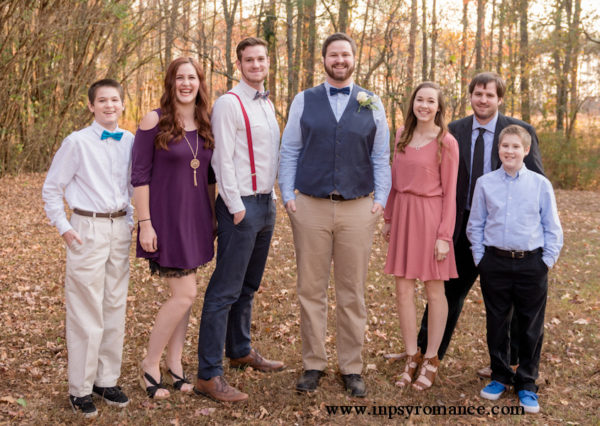 I’ve said this for a long time, mostly because of my kids. I wanted two children. My husband wanted five. We had two girls and five boys. It’s okay. You can laugh now. And yes, they are all as different as their outfits imply.

Recently, I was asked to join several other authors in a boxed set. I wrote a story, but the set coordinator didn’t think it fit well with the others. So she asked me to write a new story. I wasn’t sure I could do it. I didn’t have any fresh ideas. I hadn’t been able to write significant words for months. But I was determined. I would write the story. I mean, how hard could it be? It only needed to be 20,000 words – a short novella.

And then it occurred to me.

God orchestrated that first story NOT to work with the set. I can still release it with some tweaks.

I think He was laughing at me from heaven.

He knew I wouldn’t have written another story if He hadn’t orchestrated it this way. My words for the year were DREAM BIG. And I had dreamt big. I wanted to release eight books. That’s a lot, even for the most prolific writers. Now, to be sure, four of those would be books that were already written — two previously released in other sets and two that I had written but not released. So that meant I only had to write four more stories. But as the year progressed, that seemed more and more unlikely to happen.

And then God… Two stories written. That left two to go. But it was October. Can we say disappointment – not in God, but in myself?

BUT there was still time. And I believed in the Creator of the universe. I believed He could do it through me. Most seasoned writers know that we cannot and do not write alone. It takes something outside of ourselves to put words on paper. At least words that touch readers and change lives.

We may never know the impact those words have on our readers. And that’s okay. It’s not about praise or glory. Not for ourselves. It’s about HIM. Drawing readers into a closer relationship with Him. That’s my goal whenever I write a book.

So, don’t give up on whatever He has promised. Because if it was doable in our own power, He wouldn’t have asked us to do it for Him.

And while I do think God has a sense of humor, I don’t think He’s up in heaven laughing at our attempts to do what He’s asked within our own power. I’m sure He’s patiently waiting for us to acknowledge our need of Him.

What have you felt called to do, but tried in your own power, only to realize how futile it was? (i.e. raising kids, writing a book, whatever)