The heroine of my latest release, ‘Forget Paris’, thinks she has her life all planned out. She’ll finish her research, designed to back up her theories on everything that’s wrong with love. She’ll get her PhD. Then she’ll publish her book about the dangers of romance.

She knows she’s right, and she intends to prove it.

Then one impulsive action changes her plans, and her life, in ways she doesn’t expect.

Zoe Gallagher eyed the man in front of her as she waited for his answer. Too late now to take back the words that hung in the air between them.

Maybe she’d taken determination to prove she was right a step too far.

In Paris, on Valentine’s Day, and she’d challenged a total stranger to the Interpersonal Closeness Generating Procedure. A procedure she’d refused to do in the psychology lab with other students, because it could delude people into thinking they were in love.

Disaster seemed inevitable, or at the very least, a bruised heart.

The man seemed genuine. He looked appealing. He spoke intelligently.

But just because he talked about God like he was a Christian didn’t mean he was honest, or safe. She didn’t even know his name.

She checked his left hand for a faded tan line.

Still, he could be an escaped convict or a conman or a thief.

Her instincts told her he was none of those things, but even if he was trustworthy, he was still dangerous. By the end of the day, if her theory was correct, she’d imagine she was in love with him.

And she knew her theory was correct.

Oops! But thankfully for Zoe, God’s plans for her are way bigger than her plans! 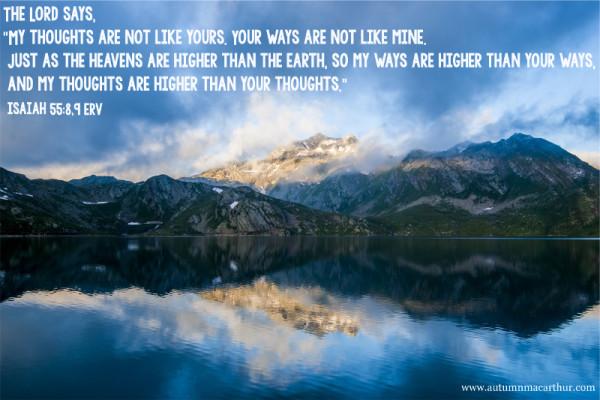 God intends to teach Zoe about His eternal love, and in the process show her that romance is far more than her theories. The anti-romance crusader falls in love, and everything she’s so sure about is turned upside down. She learns that her life can be wonderfully more than she planned, too.

In His mercy and grace, God doesn’t give us what we deserve, He gives us what we need.

Like Zoe, I tend to think I’m right. Even after I seek God’s guidance, I can still stubbornly refuse to listen to Him and insist on following my own plan, just like Zoe does. Way more often than I should, I end up praying, “Dear Lord, save me from the consequences of my own foolish decisions.”

I’ve dived into relationships that might have been better avoided (in my single days). I’ve taken jobs and left jobs. I’ve said things that may have been better left unsaid. I’ve made bad financial choices. Through it all, God has been there to pick up the pieces after my decisions, patiently teaching me, showing me the way. Also, with just a hint of “I told you so”, reminding me oh so gently that if I’d listened to Him in the first place, I wouldn’t be in this mess, and maybe next time I’ll consider listening first before jumping?

I hope I don’t need to pray that prayer again, but undoubtedly I will. And though Zoe gets her Happy Ever After, I can’t help wondering if she will find herself praying it at times, too. Not too often, I hope, for either of us!

I’m so glad that despite our human tendency to self-will, God has a greater plan for us. No matter how stubborn we are, how many times we make choices He’d rather we didn’t, even when we’re angry with Him and throwing a tantrum, He stays with us. Loving us, supporting us, correcting our path.

I can’t see the whole picture the way He can, but I do see Him at work in my life, in everything from my marriage to my writing.

And I’m grateful for all His unexpected blessings. The same way that in the end, Zoe is grateful things didn’t work out the way she planned, either! 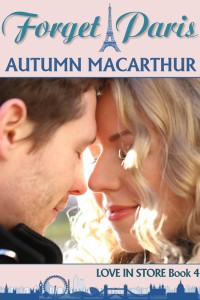 American graduate student Zoe Gallagher doesn’t believe in romance.
She’s in Paris on Valentine’s Day doing research to prove that romance is an illusion and love based on it doesn’t last. When she meets New Yorker Gabe Ross, there to fulfil his mother’s last wish by placing a lovelock on a bridge crossing the River Seine, even she finds it hard to resist the most romantic city in the world on the most romantic day of the year.
An impulsive challenge to try a psychological experiment feels like more, much more, for both of them. Zoe tells herself their one wonderful day together proves nothing, only gives more evidence her theory is right. But on her return to London, she discovers she needs Gabe’s help to learn the biggest lesson of all, that love does last.
Especially God’s love…

I’d love for you to share in the comments ways you’ve seen God’s plan working unexpectedly in your life! :)

All comments on the post this week will go in the draw for an ebook copy of ‘Forget Paris’.