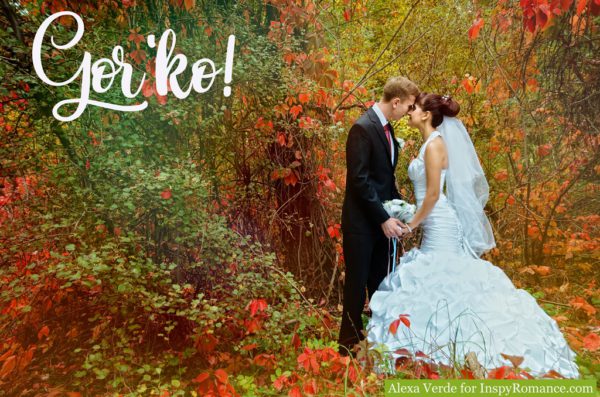 Do you like weddings? Even though I know that a wedding is only the beginning (of a family life), I enjoy when a romance book ends with a wedding. There is something about the overflowing joy of the couple, the commitment, the first moment of life together, the promise to honor each other, the happiness in the eyes of the bride and groom that touches my heart. Frankly, I like weddings in real life, too! 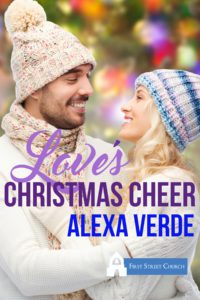 So it’s no wonder that I often include them in my books, mostly weddings of the hero and heroine in epilogues. In my new book, Love’s Christmas Cheer, hopefully releasing in November, I decided for the wedding to be way before the end. And… it’s not going to be the hero and heroine’s wedding. Petr and Lacy-Jane have opposite personalities, but they have to put their differences aside as they prepare the reception and act as the best man and the maid of honor for the wedding of their siblings.

You’re the first to see the book’s brand new cover! It’s my very first attempt ever at creating a cover, so I’m excited and scared about it at the same time.

This part of the book is also very special to me because it gives me the chance to recall wedding traditions of my hometown. Due to the groom in my new book having a Russian heritage, the bride and the maid of honor decide to incorporate some Russian traditions. Though I didn’t use all of the things I’ve seen at weddings, it was fun to revisit them in my memory…

For example, there’s the honorable tradition of the bride bringing flowers to the World War II monument. A relatively new tradition is putting a lock on the bridge (probably symbolic of locking their love). Judging by the number of locks I’ve seen, the tradition has become popular fast!

The above-mentioned traditions and many others differ from place to place. But there’s one Russian tradition I saw at every wedding I went to in my childhood. When guests start shouting, “Горько!” (“Gorko!”), it’s a sign for the newlyweds to kiss. Sometimes the bride throws candies to hush the guests, but it still ends with a kiss. Surprisingly, the word горько means bitterly in translation.

Do you like romance books to include weddings? What is your favorite wedding tradition? Do you have a favorite memory about your own wedding? (I’d love to hear it!)