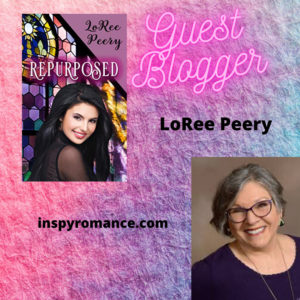 Happy July from Julie Arduini! I hope despite the unpredictable nature of 2020, your summer has been a blessing so far.

Today I’m excited to introduce you to a romance author I really enjoy—LoRee Peery. We’re in a critique group together and I love how she challenges me to grow in my work. I recently critiqued her contemporary romance, Repurposed, and that really struck a chord for me. I think weight/image/eating disorders need to be tackled in romance, and Repurposed does just that.

Talia Ashby is a perfectionistic data analyst who, on occasion, sees her “fat” self when she looks in the mirror. As a svelte former obese girl, she reunites with her secret teen crush, now a pastor in the church she attends.

Cooper Valiant is dazzled upon meeting a high school friend he doesn’t immediately recognize due to her drastic weight loss. Since his sister had an eating disorder, he’d often felt empathy toward Talia as classmates teased and bullied her. In his pastorate position, he asks her to help girls in the youth group come to grips with body-image.

While working with the girls, Talia’s recollections of youthful hurts stir up past insecurities. She must reassess her spiritual journey, and what bothers her in the present.

I asked LoRee to share a little something with you today, and I love the questions she asks herself when she’s writing. Share what you’ve tried new lately in the comments and I’ll choose a winner to receive a Kindle version of Repurposed, USA winner. Thanks, LoRee for sharing!

I once jotted in a notebook: nothing ever stands still. You either grow or you die. The old adage that we’re never too old to learn something new applies if we don’t want to live a stagnant life.

For me, being productive is pretty much impossible without goals. My two new goals pertained to how I planned to begin a project in 2014 and what I aimed to accomplish by the end of November that year.

I had written “The End” on ten novel/novella manuscripts before I began brainstorming the eleventh with “what if?” all I had for my new project was a setting, on an acreage with a barn that intrigued me, and a vague idea. What if my heroine went back in time? What if she found herself on a historical ranch in the same spot? I brainstormed for three days by playing “what if?” over and over. I knew where I was going with each chapter. Accomplished. Whew.

Now, I was a proofreader-slash-editorial assistant for twenty years on the job. My old writing process, which I can’t see myself going back to, was writing, printing that day’s work, and editing that night during TV commercials.

At first, it was so tempting to end my daily writing session with a print-out. Instead, I stopped each day with a question, a scene note, or marked where to begin with such and such the following day.

It worked. I learned two new things about myself. First, I stepped out of my contemporary romance genre. And second, I can set down a whole first draft without editing along the way.

In some ways it’s hard to accept that was six years ago already. It may be unfortunate that I’ve had no inklings to return to a ranch at the turn of the 20th century. As far as the time travel goes, it took a while to get it contracted in the Christian fiction world. I was advised to either write it as a historical or set the barn on a farm rather than a ranch.

The (then) new process of completing a first draft kept me in the creative honeymoon stage of a new story. For a month, I looked at life through the eyes of my hero and heroine. I lived in a particular setting based on a place where I had been and experienced for real. I continued to have an excited I-love-what-I’m-doing perspective each time I married what I knew of country life with my imaginary historical ranch.

The editing stage made me laugh at myself. On one of my passes, I ran across the word sanity instead of sanitary, referring to an outhouse. (Which I used on my childhood farm until age ten.)

Another thing that happened during editing, is the spoiled rancher’s daughter nudged my subconscious for her story to be told. My editor had a change of heart and offered a contract, along with its sequel, in 2018. Coming in August is Phoebe’s story in Future of My Heart.

Time travel still whispers to me, so Hiding from Christmas was my 2019 Christmas Extravaganza novelette. And I have an idea for 2021 where the heroine goes back in time.

Enough about me. Each writer has a unique story because God ordains a one-of-a-kind journey for each of His children.

Have you tried anything new lately?

LoRee’s newest release, Cowboy Just in Time, features a contemporary heroine with a twist. Check it out! 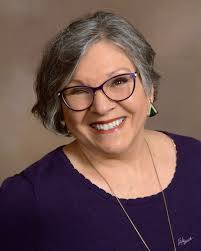 Nebraska country girl LoRee Peery writes fiction that hopefully appeals to adult readers who enjoy stories written from a Christian perspective, focusing on the romance. These include novels and novellas for women and men in the Contemporary, Romance, Historical, Time Travel, and Mystery/Suspense categories. She writes of redeeming grace with a sense of place. Her Frivolities Series and the book based on her father’s unsolved homicide, Touches of Time, are available on Amazon. She is who she is by the grace of God: Christian, country girl, wife, mother, grandmother and great-, sister, friend, and author. Connect with LoRee through these links: www.loreepeery.com https://twitter.com/LoreePeery https://www.facebook.com/LoReePeery Find her publications at Pelican http://tinyurl.com/kwz9enk And Amazon https://www.amazon.com/LoRee-Peery/e/B004UAGL2W/ref