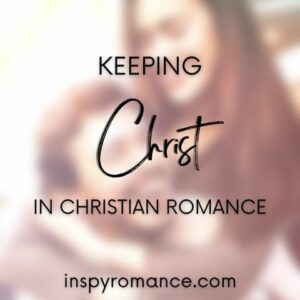 It’s K. Leah and I’d like to introduce you to my friend and new author, Tawni Suchy! I invited her to Inspy Romance today as my guest, and I love the encouraging message she shares from her heart. She released her first book this past fall–a romantic suspense–so make sure to check it out!

Christian Romance should be Christian. It feels odd that it’s something I need to say. But it has become more of a “thing” as our culture has descended into a more worldly place. Christian authors are afraid to alienate non-believers by having strong faith themes in their books. They want to excuse the lack of faith in the name of inclusion. But that’s not how Jesus works. That’s not what Christianity is. That is not The Gospel.

“If the world hates you, know that it has hated me before it hated you. If you were of the world, the world would love you as its own; but because you are not of the world, but I chose you out of the world, therefore the world hates you. Remember the word that I said to you: ‘A servant is not greater than his master.’ If they persecuted me, they will also persecute you. If they kept my word, they will also keep yours. But all these things they will do to you on account of my name because they do not know him who sent me. If I had not come and spoken to them, they would not have been guilty of sin, but now they have no excuse for their sin. Whoever hates me hates my Father also. If I had not done among them the works that no one else did, they would not be guilty of sin, but now they have seen and hated both me and my Father. But the word that is written in their Law must be fulfilled: ‘They hated me without a cause.’” John 15: 18-25 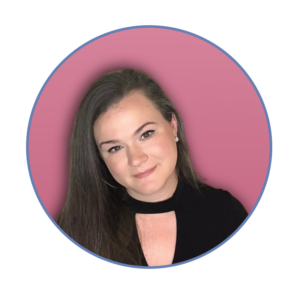 Jesus wasn’t inclusive. Yes, He reached out to the “biggest sinners” of their time, but He never once said, “It’s okay to keep sinning.”

He didn’t tell the woman caught in the act of adultery (John 8:1-12) “It’s okay that you committed adultery, you can keep doing that.” When they brought her to Him and stated their accusations, at first, He was silent. We don’t know for how long, all we know is that he stooped down and began writing in the sand. (I don’t know about you, but I’d LOVE to know what He wrote!) After some time had passed, He stood and said, “He who is without sin cast the first stone.” (verse 7), then He was silent again, stooped back down, and wrote in the dust once more.

Scripture tells us that one by one the men dropped their stones and walked away. Once they were all gone, Jesus stood up and asked the woman, “Did none of them condemn you?” and she answered, “No one, sir.” His response, “Neither do I condemn you. Go and sin no more.”

In my very strong opinion, that’s what Christian authors writing Christian romance should be doing: calling their readers to a changed life. Showing their readers the struggles of life. Characters who grapple with their faith, question the sovereignty of God, struggle with various sins, etc. Then, they need to show God’s redemption, the power of Jesus’s blood on the cross and characters who are changed and transformed over the course of their story. Because just like real life, those characters shouldn’t have a choice but to be transformed. There should be an obvious growth and heart-change in the character’s lives. Jesus should shine brighter through every page. The trials become less menacing as His goodness outweighs their struggles. Readers shouldn’t only see romance, they should see hope.

It’s sad when I come across social media posts where Christian influencers/creators demean Christian fiction, specifically romance. I’ve seen countless posts where they state that Christian romance is no different than secular romance. In many cases, that’s true. Which is unfortunate, because it gives true Christian romance a bad name. I know there are many Christian romance authors who write stories packed full of faith and God’s love. But those same social media creators and those they influence don’t want to step into Christian romance because they are afraid it will be the same worldly stories that don’t feed their spirit. Which is what a good Christian fiction/romance book should do: feed the reader’s spirit. It should make the reader ask the hard questions, want to dive into the Word of God and ask God Himself. It should make them want to be in prayer, spend time with Jesus, and find the answers to those hard questions in Him and His Word.

When Christian authors are too afraid of what the readers or what the world is going to think, they are doing a disservice to their calling. They aren’t being obedient to God’s call for us to preach the gospel. Christian authors should be writing for an audience of One: Jesus. Many may come at me and say, “We need to write to market and give the people what they want.” And as an author myself, I can sympathize with that. There have been times when I’ve grappled with that exact scenario myself, the Holy Spirit reminded me: when we are obedient to God, He blesses us. So I don’t doubt for a second that when authors are obedient to God in their manuscripts through their character development, struggles, faith-growth, etc. that God will bless that book. He will bring the readers He wants to read it. That book will end up in the hands that need it most. Maybe it won’t be a New York Times bestseller. Maybe it won’t sell a million copies. But if it glorifies God, if it points others to Him, that’s what matters most.

In a world that darkness claims more each day as it tries to stifle the Light of Christ, Christian authors need to shine brighter.

“You are the light of the world. A city set on a hill cannot be hidden. Nor do people light a lamp and put it under a basket, but on a stand, and it gives light to all in the house. In the same way, let your light shine before others, so that they may see your good works and give glory to your Father who is in heaven.” Matthew 5:14-16

K. Leah is a hopeless romantic and adores a good Hallmark movie. Growing up in the South, she likes her tea sweet and coffee strong. Family and faith are what matter most and she wears many hats, including being a wife, mom, and graphic designer. Other than being creative with designs or stories, she likes to spend her free time escaping reality into the pages of a sweet love story.