Carol here! It is my great pleasure to welcome the lovely Katie Ganshert to the InspyRomance blog! I’ve been friends with Katie for a couple of years now and she gets better and better with each book! I read A Broken Kind of Beautiful earlier this monh and it’s a great read! Wonderful gal that she is, Katie is offering a copy to one lucky commenter today!! (US Residents only.) So read on for Katie’s take on the most romantic tale of all time :).

The Most Romantic Tale of All Time 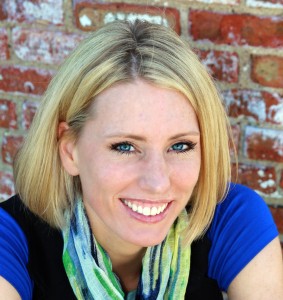 Romance. We all love it, right?

A story about the guy with the killer dimples who pursues the girl at all costs.

A story about the dashing hero who makes these grand, romantic gestures to show his woman that she is HIS and that she is LOVED.

A story about the prince who moves heaven and earth (and maybe slays a dragon or two), all to rescue his princess.

Perhaps the guy rescuing the gal isn’t a popular notion these days, but I can’t help myself. It makes me swoon.

And I don’t think I’m alone in that.

I think there is something in our hearts—a seed planted inside most women—that longs for that same rescue. I have to imagine it’s one of the reasons why the romance genre is the most popular one around.

We get wrapped up in a novel, we live vicariously through the heroine, because we want that to be us. We want to be pursued at all cost. We want someone to point to us and call us lovely and beautiful and worth it. We want to be cherished and desired and fought for. Not half-heartedly, but with a passion that leaves us breathless.

Well you know what?

That longing we have is not a fluke. It’s not an accident or some evolutionary byproduct. It was placed there by a God who not only created the universe, but fashioned each one of us—intimately. And there is nothing and no one who can satisfy that longing but Him.

He pursues us. He fights for us. No matter who you are. No matter what you’ve done. No matter what you look like. He desires you more than you could ever imagine. More than any man ever could. He’s jealous for you. He’s intensely passionate about you.  He calls you beautiful and lovely and worthwhile.

It’s the most romantic tale of all time.

That while we were battered, bruised, and broken. Marred by scars. Covered in filth. Jesus laid down His life to rescue us.

And the best part of all?

It’s a romantic tale that is true.

A Broken Kind of Beautiful 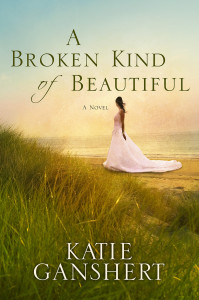 Sometimes everything you ever learned about yourself is wrong Fashion is a fickle industry, a frightening fact for twenty-four year old model Ivy Clark. Ten years in and she’s learned a sacred truth—appearance is everything. Nobody cares about her broken past as long as she looks beautiful for the camera. This is the only life Ivy knows—so when it starts to unravel, she’ll do anything to hold on. Even if that means moving to the quaint island town of Greenbrier, South Carolina, to be the new face of her stepmother’s bridal wear line—an irony too rich for words, since Ivy is far from the pure bride in white.  If only her tenuous future didn’t rest in the hands of Davis Knight, her mysterious new photographer. Not only did he walk away from the kind of success Ivy longs for to work maintenance at a local church, he treats her differently than any man ever has. Somehow, Davis sees through the façade she works so hard to maintain. He, along with a cast of other characters, challenges everything Ivy has come to believe about beauty and worth. Is it possible that God sees her—a woman stained and broken by the world—yet wants her still?

Carol again! Katie’s so right, isn’t she? She hit the nail on the head! What do you think?

On an unrelated topic, Katie and her husband have adopted the most adorable little girl from the Congo. She’s legally a Ganshert already but for reasons far too numerous and complex to go into here, they are unable to bring her home at this time. If they – and the many other families in similar situations – cross your minds, would you whisper a little prayer? For God’s unmistakable peace to invade the hearts of all involved. For the hearts of those in power to be softened and allow these children to finally go home. And for wisdom on the part of the families, the agencies, the government officials both here and abroad. And for those children to know they are loved unconditionally – both by the parents struggling to bring them home and the Creator of the Universe who knows them better than those parents ever will and Who loves them more than any of us can ever know.