July 17 is an important date at our house. Not only is it my husband’s birthday, we also have a granddaughter who was born on July 17 – a gift that was almost too good to be true!

Has real life ever presented you with a situation that seemed too good to be true? Many years ago, I had just ended a bad relationship when I met my husband. I realized what a nice guy he was, but there was nothing I wanted less than a romance. Could you use a friend? he asked. He was easy to talk to, compassionate, never demanding … I said ‘yes.’ Eventually, we started dating but I continued to hold him at arm’s length, having lost confidence in my ability to judge someone’s character.

When I tell people about the year of roses, I sometimes see a flicker of doubt in their eyes. Really? Every Monday for a whole year? I thought about putting it into one of my books but … wouldn’t readers find it a little hard to believe? 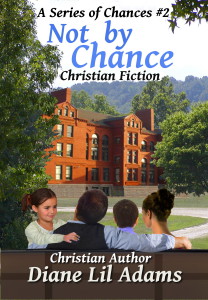 I suffered the same kind of doubt when I wrote Not by Chance, Book #2 in A Series of Chances. When Tyler tried to tell his mother who he saw in the hotel lobby, Anna was reluctant to share the news with Michael because it seemed too outlandish. I scoffed a bit myself, and I wondered whether readers would say it was beyond belief. A miracle, in other words …

I believe miracles happen every day. Meeting someone as kind and sweet as my husband was one kind of miracle and all these years later, I am still grateful for the gift of his love. Don’t lose hope when you’re forced to walk through one of those ‘dark nights.’ Don’t stop believing that your dreams can come true. You never know – God might be designing a miracle with your name on it right now!