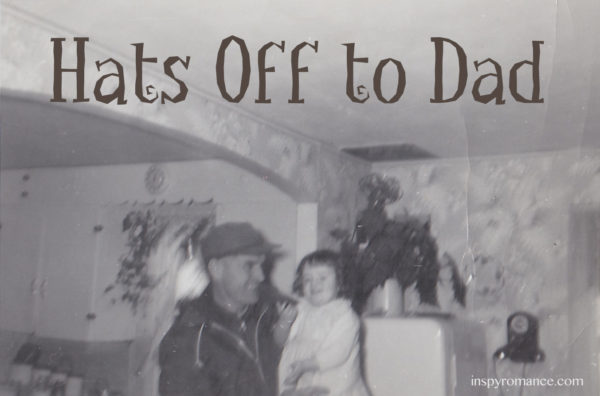 My dad used to call me “My Son John.” I was his fifth and final daughter. He had no sons. In the Mennonite farming culture my parents came from — plus that gap of six years after daughter number four — I could not possibly have been good news. And yet, even with the nickname, I never felt unwanted or unloved. 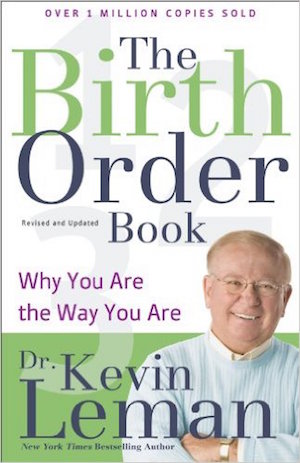 According to Kevin Lehman’s The Birth Order Book, my spot in the family is a confusing place to be. Officially, I am the lastborn, but Lehman says that with the six-year gap, my spot is nearly equal parts lastborn and only child. If my parents had had another child shortly after me, I would have been a mix of middle and firstborn instead, equally confusing!

As an author, I’ve learned a lot from Lehman’s book about how personalities develop depending on where you fall in your family tree. This is one step I use in creating a character. I also think about whether her parents are together, divorced, or widowed. Whether the home was a solid Christian home, an abusive place, or simply torn apart.

At some point, I get to decide whether or not the character’s father plays a significant role in the written story. In the interest of keeping the plot focused on the hero and heroine’s romance, I tend to leave the parents off-screen in most cases. Sometimes they are estranged or dead. A few of my characters have never known their dads at all. In many cases, the parents live elsewhere and may or may not phone or visit during the story line.

Any character that gets onscreen time in one of my stories has to earn the right to be there. Just being a parent or sibling of the hero or heroine is not enough. The goal of every scene, every chapter, is to keep the story moving forward. Tension and conflict must be present, so there isn’t room for more than a tiny bit of back-patting. Parents may dispense unwanted advice at times or dislike their child’s romantic choice but, in general, those roles are more likely played by other characters already involved in the story. 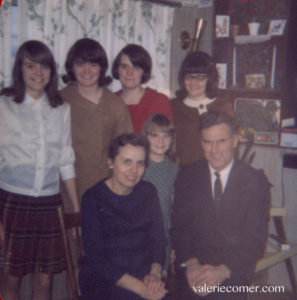 I’ve had people wonder about my relationship with my own parents based on the stories I write. I was raised firmly rooted in my parents’ love for me, for each other, and for God, but I know that my experience is not that of the majority. I reflect other scenarios in my stories to vary them and to engage a wider range of readers.

In Secrets of Sunbeams, releasing on Tuesday in Whispers of Love, I did the unthinkable to Eden Andrusek. It’s been five years since her parents and her two sisters died in a car crash, leaving her all alone. Although at first it seemed (to me) that the accident was simply a way to remove extraneous characters from the story, it turned out to be much more as Eden feels deep guilt for having chosen not to accompany her family on that fateful trip. I’ve paired Eden with Jacob Riehl, a man with great parents and two older sisters, Sierra and Chelsea, whom my readers know from books in a previous series. Does Eden wish to have what Jacob has in a family? Absolutely. But, of course, it’s more complicated than that.

Order Secrets of Sunbeams in Whispers of Love here on Kindle, Kobo, Nook, or iBooks.

Last Sunday was my nineteenth Father’s Day since my dad graduated to heaven. I don’t think I’ll ever NOT miss him. I hope he’d be proud of who I am today, of my kids as adults, and of my granddaughters. 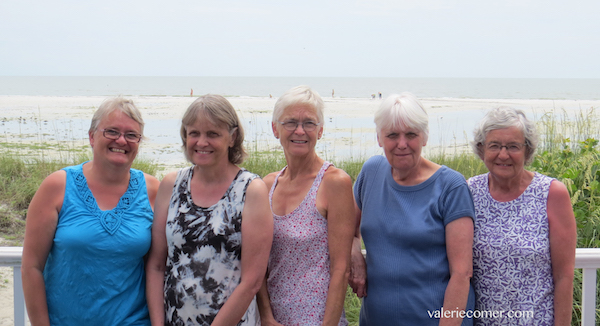 My husband and I just returned from my sisters’n’spouses vacation in Florida, reminding me yet again of my parents’ legacy and the impact of family dynamics. Maybe someday I’ll write a series featuring five sisters. Any guesses which sister will be the easiest to write? ;)

As a reader of romance, do you notice the hero’s or heroine’s relationship with their parents? Can you think of a story you loved where that connection played a significant role in the novel, whether positive or negative?