My first novel for Love Inspired features a single mom, and that’s because I think many single parents are unsung heroes. And, full disclosure: I’ve been both a married mom and a
single one. Doing parenthood alone is definitely harder, but from what I’ve seen, God often works those challenges for good.

When my husband left my daughter and me almost four years ago, I very quickly realized that single parenting was a different beast . . . and hard. But with the help of some wonderful books (hey, I’m a nerd–it’s how I learn!), I learned to accept my new identity as a single mom. Now, it’s a label I wear with some pride. 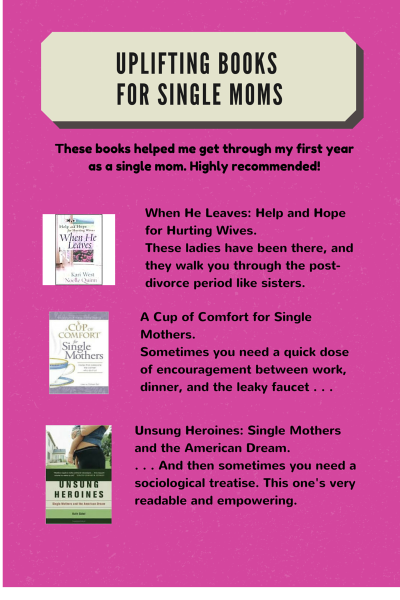 Going it Alone
Being a single parent means that during a child’s meltdown, you’re responsible for dealing with it from the first angry shout to the final sob. When your child earns a “D” in school or gets kept in at recess, you’re to blame, or at least you feel that way. Even those day-to-day worries—“do you think he’s getting a rash?” or “I have a bad feeling about her friendship with that high school kid”—are yours alone. Single parenting feels like a much heavier responsibility than married parenting.

And what if, like my heroine Angelica from Engaged to the Single Mom, you have a child who’s very ill? What if you’re poor and can’t find a job? What if you have to move to a new neighborhood or town? All of those situations add to that weight that is single parenting.

Putting on a Happy Face
Yet although single parenting is hard, you can’t let your child know you’re struggling, because you are her security. Especially if you became a single parent through divorce or death, your child may be less confident than before; he needs more stability, not less. When my daughter saw me crying after her father left, she didn’t like it one bit. She wanted and needed me to be her rock. So . . . that’s what I became.

In my novel, Angelica is faced with multiple challenges, but she always manages a smile for her five-year-old son, Xavier. When he’s upset about going to the doctor, she calms him with a game. When he worries about moving, she lets him know that she’ll find a job and secure a place to stay, and she does just that.

In All Things God Works for Good
Being a single parent isn’t what my heroine Angelica wanted. It’s not what I wanted, either. But we are so fortunate to belong to a God who works it all for good.

As the saying goes, “that which does not kill us makes us stronger,” and there’s nobody as strong as a single parent. Moreover, if you’re going to have struggles—and all parents do—you might as well go through them with a smile as with a frown. After awhile, the smile you put on for your child becomes an attitude you carry through life itself.

Solving problems alone, with a reassuring smile on your face and a hug for your kid, leads 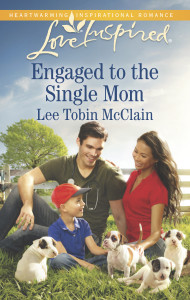 to enormous personal growth and empowerment. By the time my heroine, Angelica, gets back together with her hero, she’s twenty times stronger than she was as his naïve young fiancé. And Troy, the book’s hero, loves and admires her all the more for it.

So if you’re a single mom, my hat’s off to you. I wish we could sit down for coffee and talk about some of the joys and concerns we share. Since that’s probably not possible, comment on this post to be entered in a random drawing for my upcoming Love Inspired release, Engaged to the Single Mom.

And if you want to be cheered up right now, come sign up for my newsletter and you’ll get an exclusive, free short story that’ll zip you into the world of the Sacred Bond Brotherhood . . . a series about protective, honorable heroes who are handsome enough to make any single mom’s heart flutter! 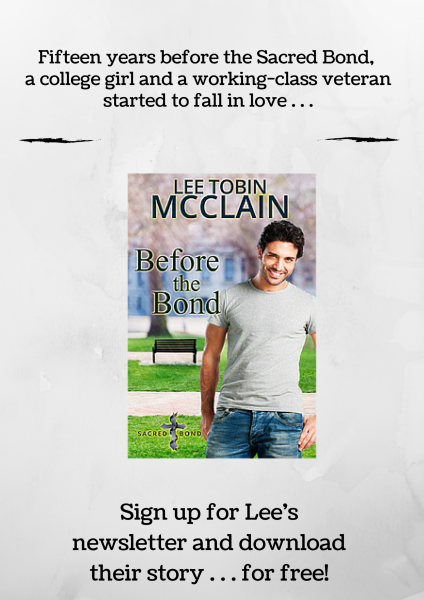