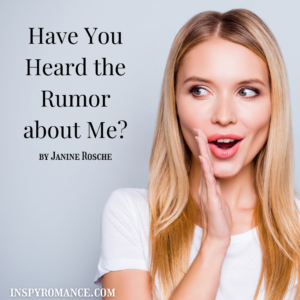 Perhaps you were fortunate enough to have seen the cautionary tale from VeggieTales about the Rumor Weed. If so, you know how quickly a small comment can grow into a monster, destroying people’s lives while singing a pretty catchy song (You’re singing it now, aren’t you?)

If you haven’t seen it, well, my guess is that you know how dangerous gossip is without cartoon vegetables telling you so. Of all the sin mentioned in the Bible, gossip is the one I’m most-often tempted to do. It’s so much easier than murder and adultery, and yet, it is listed in the same breath as those “big” sins. In short, gossip kills a person’s character, and it kills relationships. God hates gossip so much, he spirit-breathed two identical proverbs about it: The words of a gossip are like choice morsels; they go down to the inmost parts. (Proverbs 18:8, 26:22).

Yes, gossip drills so deep into our being that we can’t not be affected by it.

I experienced this my freshman year of college. My roommate and I didn’t have much in common. Mostly, it came down to this single disagreement: I liked me. She didn’t like me. For five months, I tried my best to make things better by being less me. One night, it was blazing hot in our dorm room, and my roommate was tossing and turning in her bed. I felt bad for her so I cracked the window such a small amount that you couldn’t see through the crack. Later, I was informed that she’d told everyone in the dorm building that I’d tried to kill her by giving her pneumonia. It suddenly made sense why I had so few friends. Any decent character I had couldn’t stand up against her rumor: I’m an attempted murderer. Watch yo self!

And this was all before social media! On there, gossip has no shame. In fact, gossip is celebrated. 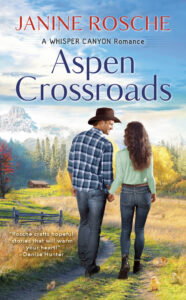 That’s the atmosphere in my fictional town of Whisper Canyon, Colorado, too. Everyone has an opinion, especially when it comes to the Haviland family. Mother of five, Nina Haviland, didn’t try too hard to hide her affairs from the public eye. Once the entire truth was revealed, she abandoned her family for years, only to return with terminal cancer and a need for caretaking. The first book in the Whisper Canyon series picks up in the aftermath of Nina’s passing, with all five grown children reeling in the reality and the rumors surrounding their lives.

Haven Haviland is hit especially hard with rumors about following in her mother’s homewrecking footsteps. She takes a job at Aspen Crossroads mentoring human trafficking survivors as they begin a new life. She and Jace Daring, the man who hired her, will have to work double-time to keep the survivors out of Whisper Canyon’s rumor mill, and it won’t be easy.

Because this book covers some heavy topics before hope is restored to the hurting, 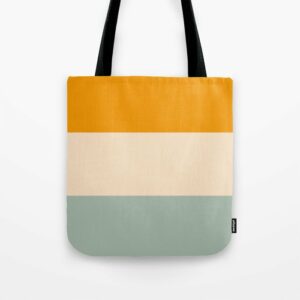 I balance the hard stuff with some lighthearted humor. Ahead of the release of Aspen Crossroads, I invite you to pop into Whisper Canyon with me for a brief visit to discover what rumors might be stirred up about you!

Click here to take the quiz, then comment below with your answer. One random commenter* will win a Society6 tote bag to carry around your copy of Aspen Crossroads or any other InspyRomance novel this fall!

*Winner must be at least 18 years old. Due to shipping costs, winner must be a US resident. Giveaway is open until Friday, 8/20th at 11:59pm.

Prone to wander, Janine Rosche finds as much comfort on the open road as she does at home. This longing to chase adventure, behold splendor, and experience redemption is woven into her Madison River Romance series and Whisper Canyon series. When she isn’t writing or traveling, she teaches family life education courses to college students, takes too many pictures of her sleeping dogs, and embarrasses her four children and husband with boy band serenades.