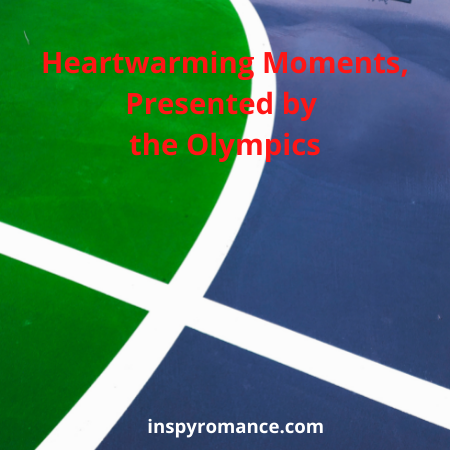 We just finished the (delayed) 2020 summer Olympics in Tokyo.  Are you a fan?  I am.  I love the summer games and the winter games equally.  I have my favorite events, but let’s face it, what other time would I spend hours sitting in front of my TV watching obscure sports like beach volleyball?  Synchronized diving?  Pole-vaulting?  And feeling bummed if I missed them!

I have fuzzy memories of sitting around the TV with my family when I was a kid and when that fabulous brass theme song started playing, it made my heart race!  One particular Olympics viewing that stands out in my memory took place when I was in college.  It was the 1984 winter games in Sarajevo.  My long-term boyfriend had just broken up with me and I was heartbroken.  I mean, I was ripped apart.  He was the one I thought would be my one love forever and ever.  He evidently didn’t feel that way.

A girl who lived on the same floor as me in the dormitory noticed I was struggling.  At dinner one night, she kindly invited me to watch the Olympics with her in her dorm room.  I went, just because I knew I could use the company.  Now, she was a huge Olympics fan.  She’d set up a little TV in her room where she could see it from her bed and she snuggled in her blankets, ate microwave popcorn and watched every single event.  Because it felt like a protective little oasis where I could forget temporarily about my broken heart, I became a fan too!  Every evening for two weeks I came to her room.  Cue the trumpets!!  We wrapped ourselves in blankets, munched and sipped, watched snowy, icy cold sports and bonded.  I do believe it was the beginning of the long road to healing for me.

Although I’m not much of an athlete and never have been, I love the Olympic spirit.  I love the whole idea of devoting yourself to something, working hard.  Winning isn’t easy; losing is harder.  Devoted athletes never give up.  They expect something to go wrong occasionally, but they brush themselves off, stand up and go back at it.  It’s never too late to try again.

The Olympics are always filled with heartwarming moments.  Here are a few of my favorites that I’ve collected this year:

Two track and field athletes, one from the USA and one from Botswana, are running the 800-meter race.  Tragically, during the race, their feet get tangled, and they both fall to the ground.  Their dreams for medaling in this Olympic race are dashed with one unfortunate mishap.  There is no do-over, at least not with this race.  They help each other up, these two rivals.  The Botswana runner apologized; the American acknowledged it.  In an interview, the USA runner said, “No matter how mad you are, you have to be a hero at the end of the day.  Because that’s what heroes do.  They show their humanity through who they are and show they’re good people.”

Hmmm.  Heroic.  Forgiving.  Heartwarming.  It reminds me of a lot of the contemporary Christian romance novel heroes I’ve read about and written about.

Americans are great swimmers, let’s face it.  Team USA is strong in both men’s and women’s swimming events.  In the 200-meter women’s breaststroke race, two Americans were favored to strongly lead.  But instead, a South African swimmer won.  Not only did she win the golf medal, she set a world record.  As she stared, amazed, at the board displaying the results, two other competitors swam over to her lane, put their arms around her and helped her celebrate her achievement.  “You’re amazing!” one of the rivals said.  They remained in a tight circle, providing support for the winner.  By the way, those two swimmers?  They were the two Americans predicted to win.  It didn’t matter that the winner wasn’t on the same team.  It didn’t matter that she’d swiped the gold medal out of their hands.  That’s called sportsmanship and adoration for the sport they all love. 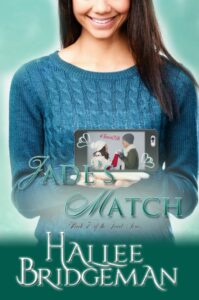 It may not surprise you that in the contemporary Christian universe, there are books written with Olympic athletes as heroes.  Why not?  These athletes embody the characteristics we embrace in our romance characters.  Author Hallie Bridgeman has an Olympic book, Jade’s Match, Book 7 in her Jewel series.

Cora and Davis live their romance very publicly through social media but hate and racism threaten to destroy the relationship. Can the Olympians overcome the obstacles, or will they have to concede the match?

Although I have never written a book about Olympic athletes, I have written a book that features a high-stakes race in competitive yacht sailing.  It’s Capsized, Book 4 in my Murrells Inlet Miracles series.

Two highly competitive extreme athletes pair up to achieve victory in the world of competitive yacht sailing.  With physical attraction tempting them, Sadie and Jett must keep their eyes on the prize.  As they face adversity and danger, will God’s will have them racing toward one another instead of the glory of the win?