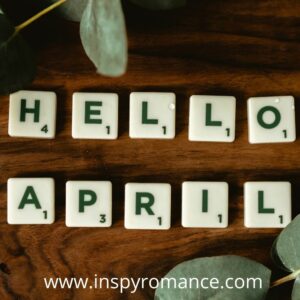 April showers bring May flowers. I’m pretty sure we’ve all heard that expression before. Of course, depending on where in the world you live, the saying could be true or false. For instance, there really isn’t a whole lot of rain on the radar here in southern California but when we lived in the Pacific Northwest, we experienced a lot.

Other than rain, April brings with it some other things. My mother’s birthday, for one. Easter also falls in April this year. My introduction and first post here at InspyRomance (due the confetti!)

There are some other things that have recently entered my life that I’ve become aware of that are celebrated in April as well. 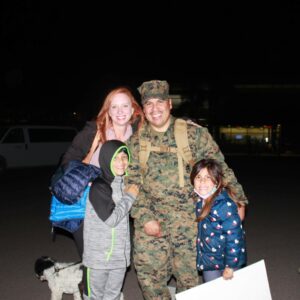 For instance, April is the Month of the Military Child. This year, we’re gearing up for another move to our third duty station, and it makes me all that more aware of the difficulties of constant transitioning my children are in. Yes, we are a military family. My husband has been serving in the United States Navy as a chaplain for the last six years. The picture is of my hero husband, myself, and our two kids after an almost 9 month deployment. Of course,  there are blessings and difficulties that come with being a military family. Some that people may not even think about. Some, I may have even put in a book. Like this one…

Molly adheres to a rigid honest policy—she refuses to tell a lie no matter how small or innocent. Why? They reason might surprise you and might have something to do with growing up as a military kid and moving around a lot. Also, that honesty policy gets her into more trouble than she ever thought possible. Like being fired from her job as a preschool teacher. Thankfully her embarrassment at getting a pink-slip for simply telling the truth had a witness. The devastatingly handsome father of one of her (now former) students want to hire her as a nanny for his daughter. She’s an educational professional so how hard can taking care of a four-year-old and her over-stressed, over-worked father be? 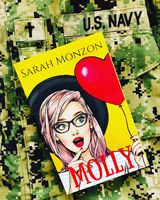 Something even more recent that has broadened our perspective of April is a diagnosis my son received not long ago that put him on the Autism spectrum. Did you know that April is Autism Acceptance Month? I’ve seen more neurodivergent books coming out lately and I am so thrilled to see this representation in fiction! I am here for each and every one! Fiction is such a strong avenue to broaden our perspectives and deepen our empathy for one another. One of my favorite books featuring a neurdivergent main character (in this case the heroine) is Falling for Your Best Friend by Emma St. Clair. I’d love some more recommendations of books where either the hero or heroine is neurodivergent, if you have them! 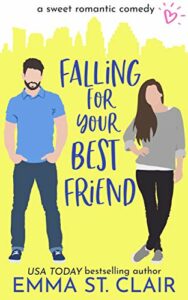 Is April special to you for any specific reason? Do you know of any good books that celebrate spring, Easter, military families, or characters with autism?