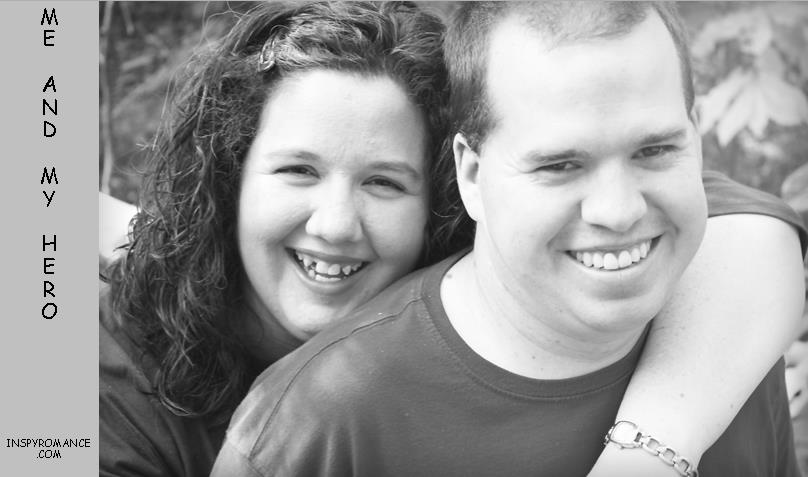 Well… I’ve got egg on my face. Today’s my day to blog and I had time set aside to write it and…

Kids got sick. I’ve spent the last two days mostly at doctors or the pharmacy – first with my 13yo who has influenza A then with my sister who has been battling something for weeks and was too weak to take herself. We put my 9yo on Tamiflu to prevent her from catching it (she’s been sniffly this week anyway) and had a reaction to the medicine making her nauseated. Between all of that, well, I flat forgot… And I’m sorry.

So… Here’s my attempt at putting something meaningful together, really quickly. ;) 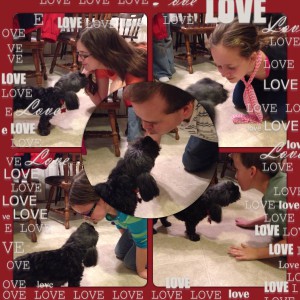 Lady and the Tramp, anyone?!

Most of us romance readers love heroes who are good with kids.  And puppies, but kids pop up a lot in romance books – whether it’s the hero or heroine’s child or a neighbor kid or… well, any random child about to get run over by a bus works.

One of the things I love about my own real life hero is his heart to help kids. And he works with super tough cases. He’s a therapist [counselor] and runs the group therapy program for some of the toughest cases in the system. The boys in his program are the sexual abusers, usually in state custody, who have almost always been abused themselves (95% of them have been). But he’s dedicated his professional life to helping them. He sees potential in kids many people would write off as hopeless. Of the kids who successfully complete a program like his, 85% go on to be productive members of society and not reoffend as adults. I won’t go into more here, because this isn’t really a forum for the heavy stuff he deals with, but knowing he’s rapidly becoming one of the state’s leading experts on these kids and knowing his heart to help them overcome their pasts, man that makes me love him all the more. 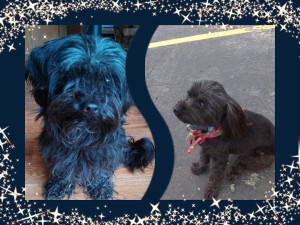 My hero? Not only does he have a heart for those kids, but when he first brought our dog home, it was like he could see those kids in this little animal – a 4.5lb ball of frightened fur who spent more time under the furniture than anywhere else. I was ready to send Mr. Benny back to the friend who runs an animal shelter. He’d been abused. Abandoned in the woods. And he was messing on my floors (nasty messes) multiple times a day. I couldn’t do it. But my hero researched. Figured out the digestive problems. Walked Mr. Benny nightly to make sure there wasn’t anything to make a mess with while I slept. Spent a sleepless month trying to crate train him (we all had earplugs – ugh it was awful) then welcomed him when we figured out he would sleep all night long without a peep or a mess – on our bed. Given that he’s roughly the same size as shoebox, we’ve got room ;). 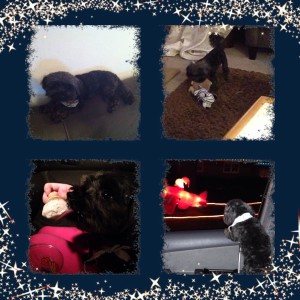 On top of the couch, playing with his animals, eating a puppy cone, watching Christmas lights

Nine months later, Mr. Benny is a whopping 5.8lbs and coming out of his shell. For months, he was scared of my husband, but was slowly won over. He still prefers me to anyone, but when my hero shows up in the living room after the kids are in bed, Mr. Benny’s whole body wiggles in delight because he knows a treat is coming. He’s starting to play with the toys we bought for him months ago. He defends me from anything (usually by barking his fool head off at the sound of anything remotely dangerous – but he does put himself between me and perceived danger – mostly in the form of my sister’s exuberant 8.5lb puppy or the UPS man). When I get up from working to do something, he waits in my seat (he’s lying on my chest right now) and snuggles by my feet at night. He’s become a faithful companion and I’m so grateful we kept him.

When I told my husband I couldn’t take much more, he told me he saw Mr. Benny as a microcosm of the kids he works with. If we could “save” and “fix” the problems with Mr. Benny, it affirmed that he could help kids, too, you know? Left alone in the woods, in a cold March, a dog small enough a decent-sized hummingbird could carry him off, Mr. Benny survived. He was taken in, loved, cleaned up, and is learning how to be normal again.

What about you? Is there something a fictional, or real life, hero does that gets you every time? The guy who stands up for a bullied kid – or adult? The guy who runs into burning buildings? Who puts himself on the line every day – a police officer, military member, secret agents*, stuntmen*, dog walkers*, sky divers*, teachers, Bering Sea crab fisherman? The guy who loves animals? The cowboy? 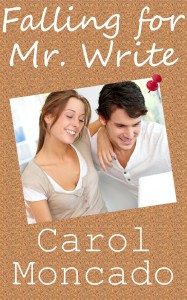 Let me know! One lucky commenter will be the recipient of a Kindle copy of Falling for Mr. Write, releasing 1/15/15 and available for preorder now. Gavin Parmiggiano has two kids of his own and falls for Bethany Sheer, mother of twin girls. He’ll do whatever it takes to provide for his little family even if it means being a nanny to the precocious three-year-olds and in the process realizing their mother, born with a weak heart, needs someone to take care of her and teach her it’s okay to have fun.