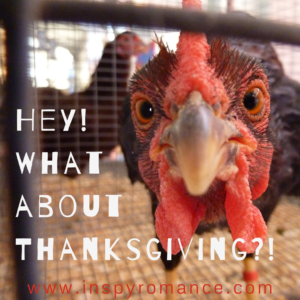 Here in the US, it seems like the last wisps of smoke from the fireworks have barely begun to fade from the July sky when all the craft and hobby stores begin rolling out the fall and Christmas stuff. It never fails, immediately people begin lamenting it coming “earlier every year” and grousing about seeing Christmas trees before the kids have even gone back to school. Annoyed that poor Tom Turkey’s day gets overlooked, sandwiched invisibly between the pumpkins and candy canes.

As a crafter who’s done dozens of craft shows over the years, I usually smile and point out that Hobby Lobby isn’t in the business of tormenting consumers, they’re supplying those of us who have to build a holiday inventory. Those gorgeous wreaths on Etsy aren’t made overnight! But I digress.

I was talking about poor, neglected little American Tom Turkey and his Canadian cousin (who celebrates in October), and the thankful observance that gets overshadowed by all of the holiday hustle and bustle. So for all of you asking the question, “But what about Thanksgiving?!” I have a list of delicious books for you that, while not necessarily Thanksgiving books per se, at least feature Thanksgiving scenes (and probably a dash of family drama).

And for all of you outside the US, my apologies for this very American-centric post. At least I can redeem it by sharing some fun titles that feature themes of thankfulness, something we can all use more of, right?

From our InspyRomance authors, in no particular order:

Merrillee Whren, A Family to Call Ours

Staci Stallings, Dance With Me 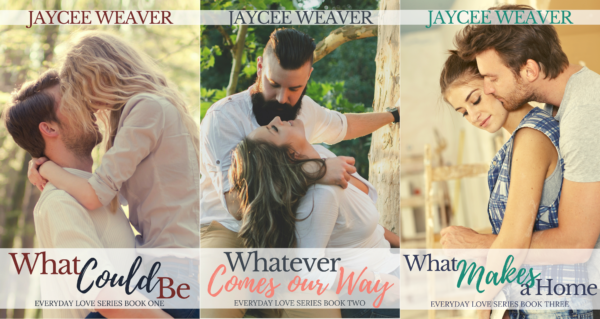 Jaycee Weaver, each of the books in the Everyday Love series have a Thanksgiving scene (totally unintentional and I JUST realized this! Haha!)

Toni Shiloh, Jaycee Weaver, Angela Ruth Strong, and 2 others, Once Upon a Christmas has Thanksgiving scenes in at least two of the five stories

Hallee Bridgeman, Jaycee Weaver, and 3 others, When Snowflakes Never Cease (Crossroads Collection 6)—Hallee’s story within the collection and mine both feature Thanksgiving. Yes, I’ve noticed a trend for Thanksgiving scenes within my books! LOL!

And here are a few other books that take place over Thanksgiving, late fall, or have themes of thankfulness (side note—while not Inspy endorsed, each describes themselves and/or their books as Christian/Inspirational.):

JoAnn Durgin, By Grace Draw Near

During my search, I also discovered that Love Inspired has a number of Thanksgiving-themed books, such as A Texas Thanksgiving by Margaret Daley. While I haven’t read this one, I have read several of her others and always enjoy a bit of romantic suspense.

Of course, this list is by no means complete, so please be sure to comment below if you know of any other contemporary Christian or Inspirational romances that feature at least a Thanksgiving scene or theme. I’d love to hear them, and I’m sure our other readers would too!

And since it’s so much fun to read about Thanksgiving (*cough* and apparently write it, Jaycee, ya nerd *cough*), I’ll give away ONE ebook of the winner’s choice of any of my three Everyday Love books to a random commenter. An extra entry if you comment with a contemporary Thanksgiving-ish romance book!