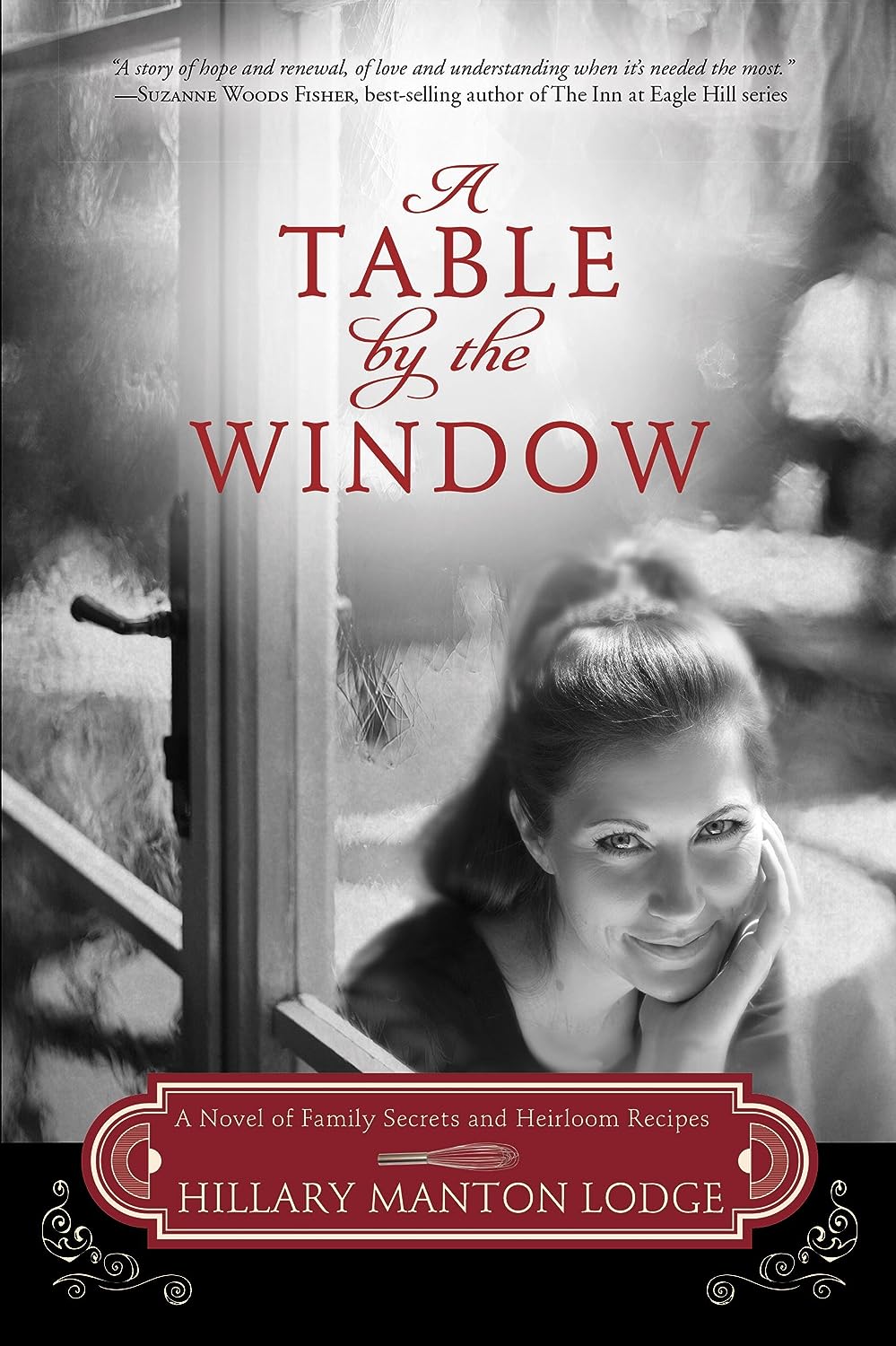 Here at InspyRomance, we’re big fans of fiction with a foodie angle. Today I’m hosting author Hillary Manton Lodge, whose latest novel, A Table by the Window, is making a splash in the inspirational romance scene. Her work is new to me, but I’m so glad I discovered her!

And I’m really glad she took the time to answer a few questions for us to help us get to know her and her newest book:

What was the first spark for the idea for this book?

After college, I interned for a food, wine, and travel magazine in Portland, OR. At the time I knew nothing, really, about food or wine, and only marginally about travel, but I was a quick study.

The editors, writers, and chefs around me approached food with a kind of solemnity that I found hilarious. I read cookbooks and books about organic farming, Ruth Reichl’s food memoirs – everything I could get my hands on. So between the beauty of food and the kooky reality of how seriously some people take it, I figured there was a story.

The bones of the story I began to piece together shortly after I was married, but it wasn’t until I was mulling it over with an editor friend of mine that it really began to grow and change into more of a generational drama. I loved Lynn Austin’s book Eve’s Daughters, so that idea really appealed to me.

What can you tell us about the next books in the series?

Gosh, I feel like anything I say is subject to change. The first book, I stopped sending it to beta readers because I kept rewriting it. And then when it went through edits – another major overhaul.

So what I can say is that it takes the themes and plots from the first book and really pushes them further. We see a new relationship unfold, and the “reservations” that arise. And we find out more about the family mystery. I actually had an epiphany just yesterday that for a certain stack of reasons it would actually be quite a lot more than I had originally intended, but I’m okay with that. I’m a fan of aggressive storytelling on a serial-level. So…if the first book introduced the ingredients and placed them in the stove, book two is when things really begin to simmer.

What books are currently on your (proverbial) nightstand?

I recently finished Carla Laureano’s Five Days in Skye and re-read Rainbow Rowell’s Attachments. Right now I’m enjoying Meg Moseley’s A Stillness of Chimes. Karen Halvorsen Shreck’s Sing for Me is next up!

If you could make dinner for any chef, who would it be and what would you make?

Oh my gosh, I’d be a giant, giant pile of nerves! I’d probably go with cookbook author Dorie Greenspan, because she’s amazing and her cookbooks are so conversational that it’s like having her in the kitchen with you, happily talking you through each recipe.

I’d make her my version of Jaime Oliver’s Chicken in Milk (click here for the recipe), which is both simple and foolproof, with mashed sweet potatoes and some kind of leafy green on the side. The link for the chicken is below. In my version, I add two cinnamon sticks to the cooking pot. For storing leftover chicken, I recommend de-boning the chicken, and stirring in enough of the sauce to coat the meat. Add salt, pepper, and ground cinnamon to taste.

For dessert, I think some kind of peach crostada with almonds and cardamom. All I want is enough leftover so I can eat some for breakfast. (Laurie: Yes. Save enough for me, too!)

If you ruled the world, the currency would be…

Yum! Thai iced tea would definitely make the world a happier place :) Where can readers find you?

Thank you so much for visiting InspyRomance, Hillary!

Be sure to take Hillary’s Foodie Quiz on her website and report back in the comments. We know you love inspirational romance, but what kind of foodie are you?