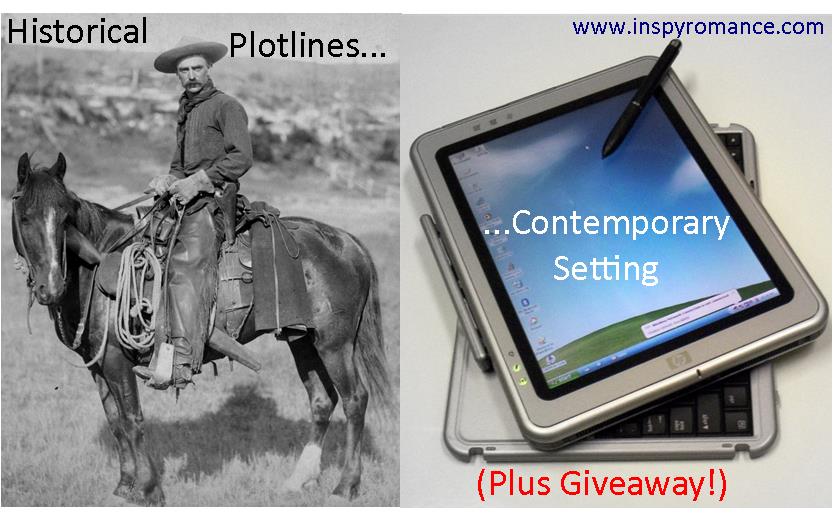 As a reader, I love historical romance as much contemporary. Sometimes, I might even love it more. (Shhh! Don’t tell!) One of my favorite storylines is a sudden marriage/marriage of convenience/arranged marriage. Ask pretty much any author I brainstorm with and I try to marry off their couple by chapter 8 (and, occasionally, try to add dinosaurs to their
World War II epic…).

For some reason, it doesn’t always work (I mean, seriously, who wouldn’t like a family of Triceratops at the Battle of the Bulge and I’m sure T-Rexes would have come in handy on Okinawa…), but I give it the old college try. 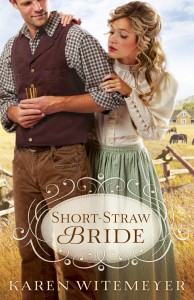 Some of my favorite historicals are those marriage plotlines. One of my most beloved books of all time is Karen Witemeyer’s Short-Straw Bride. In fact, it inspired my first (and only, to date) foray into writing historicals. The result was a charming story set in the 1870s Ozarks. But my true love, especially as a writer, is contemporary.

As much as I love those storylines, they’re much more difficult to come up with in a contemporary setting. For instance… a couple gets snowed in a cabin for a couple of days in a contemporary novel and there’s rarely a father standing there with a shotgun asking the hero if he’s going to “do the honorable thing” and marry the heroine, but those books do exist.

Our very own Ginger Solomon explored this concept in her new release, One Choice, wherein the heroine ends up with the Crown Prince of a fictional country after surviving an elaborate process of choosing his bride.

Denise Hunter’s The Convenient Groom has a best friend step in for a runaway groom. 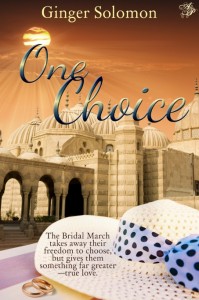 Becky Wade (my special guest next month) has a variation on “drunk in Vegas” in her newest release Meant to be Mine. (Have you read it yet?! SO good!)

So it can be done.

But what contemporary plotlines are plausible and which ones are… a bit too difficult to accept?

Fictional country with ancient laws? Sure.

Shotgun wedding because of a pregnancy? Maybe?

A confirmed bachelor inherits his sister’s kids and needs help raising them? Well…
/shrugs shoulders/ (That’s the plot of the historical I wrote, by the way.)

What do you think? Which historical sudden marriage/marriage of convenience/arranged marriage plotlines could transfer to a contemporary setting? Or is it just a matter of the author painting a plausible scenario? Even if it’s not something that you believe really WOULD happen in real-life, as long as you believe in this case it COULD happen, it’s all good? 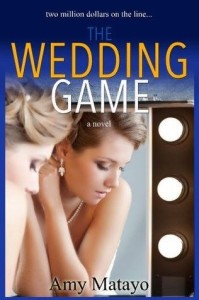 Or is it more… if the couple gets married early-ish it’s no longer a “romance” but something else (even if said couple doesn’t profess their love for each other until near the end of the book)? In the romance genre, it’s generally considered a given that the hero and heroine will go through some tough stuff and still wind up together, so does the early addition of wedding bands really make a difference?

So… all of that to say… what kind of sudden marriage scenarios would you find plausible in a contemporary setting? Do you know of any other contemporary romances (especially inspirational) that fit the scenario but I left out?

*I believe all of the books are “in print”, but one or more may be available only as ebooks, possibly only Amazon. Paperback optional wherever my Amazon Prime or Book Depository ships free… ebook everywhere else :).