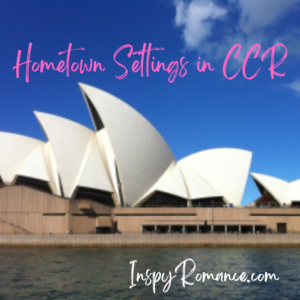 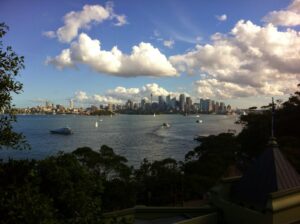 Reading is a sensory experience and writers use the five senses to draw us into their story. For example, we can dig our bare toes into the soft sand at Manly Cove and look out at the beauty of Sydney Harbour. We can smell the salty sea air, touch the refreshing cool water that’s lapping into shore, taste the deep fried fish and chips we’re eating while sitting on the beach, and hear the squawking from the seagulls hovering around us, hoping we’ll share our dinner with them. 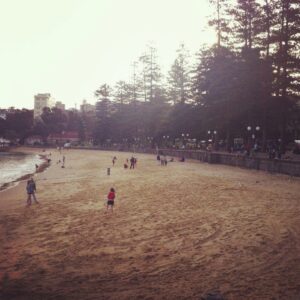 These little details can add a richness to the story setting, and trigger our memories if we’ve visited the setting in real life. Writers who know their setting can add details to deepen the authenticity of their story. 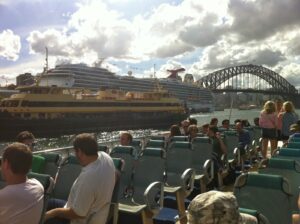 Manly ferry docked at Circular Quay in the city

Her Tycoon Hero is the first book I wrote when I started writing, back in 1998. I was living in Sydney at the time and I sometimes wrote longhand on the Manly ferry. There’s a scene in the early chapters of the book with my characters, Ryan and Cassie, travelling to the city on the Manly ferry. I wrote the first draft of that scene while sitting on the Manly ferry, drinking coffee and experiencing the turbulence and rocking as the ferry passed by the entrance to the harbor between North and South Head.

On Friday I’ll be releasing the 2nd Edition ebook for Her Tycoon Hero (Sydney Sweethearts Book 1) at Amazon and Kindle Unlimited. The paperback with the new cover will be available soon. It was fun to reread this story and update the technology that has changed since the book was first published in 2014. 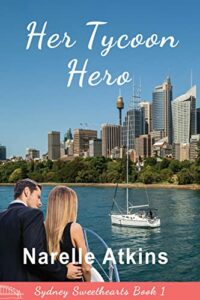 Cassie is set on proving she’s no longer a party girl, instead focusing on her career as an event planner. Ryan Mitchell, her dad’s top executive, proves to be a handsome distraction, especially when someone from Cassie’s wild past tries to draw her back into the life she has worked hard to escape.

Ryan is taken with his boss’s beautiful daughter. But he is slow to trust, having been burned by a brother who ran in the same circles. When Cassie’s newfound faith works its way into his heart, Ryan wants to claim both Cassie and her faith as his own. Can they forgive past mistakes and navigate a future together?

Have you read many CCR (contemporary Christian romance) books set in your hometown or city or state? I’d love to hear your thoughts.