My anniversary is in a few days. It’s one of those numbers that gets forgotten because of the big one that follows. This is number nineteen for us. Nineteen! Aren’t we too young for that? 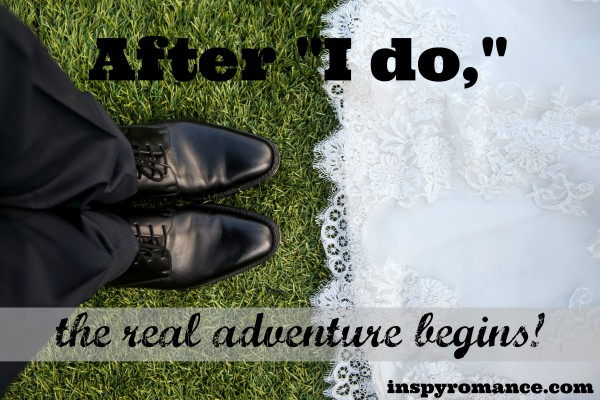 So I thought it would be fun to share something that happened on our honeymoon. We had our first fight as a married couple less than a week into married life.

What are the odds, right?

We’d bought the game Risk and were playing it together. For those who don’t know, it’s a game of world domination. Steve and I tell this story differently, but I still think my version is right based on what follows! He says I was winning, but as he took over my countries in Europe, he flicked my game pieces off the board.

It was enough that he was beating me; did he have to rub it in too?

Steve and I are both the oldest in our family — which I hear experts say is never a good match. (What do they know?) Our families were also completely opposite. I had a younger sister, and he had a younger brother. I was so not used to guys and the way they tease. And poor Steve was not used to girls and how, um, emotional they can be!

We never did finish that game. And we’ve never played each other in Risk since. We’re way too competitive, although I think in these nineteen years we’ve matured enough to handle it. But now it’s a story we laugh about.

What about you? Any fun relationship stories? Yours or family members? If you’re married, how many years is it for you? How have you and your spouse made each other better?