In some respects, releasing a new book is like birthing a baby. Of course I realize it’s not the same thing, but for an author, it’s about as close as it comes. We work hard, we labor, and we pray, in order to bring this new creation into the world. While people coo over a newborn baby, however, writers never know what type of response they’ll get to their new book. Beta readers and editors can be great, but it’s the reading public who are the true test.

I’ve always said I’m a rebel of sorts, but I’m also a paradox. How so, you may ask? For the woman who claims to suffer from the “Sally Field Syndrome—you know, the actress who made headlines with her “You like me! You really like me!” Best Actress Oscar acceptance speech more years ago now than I care to count—I’m also willing to go out on a limb and dare to do things most (i.e., sane) authors would not do.

Let me give you a few examples. 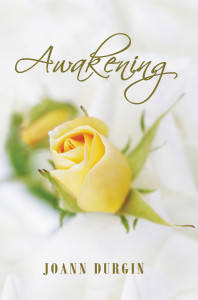 *BOOK COVERS. Many of my books covers show symbols which best represent the story or the characters. Instead of adopting the currently popular idea of “branding” book covers (similar features on book covers so readers can easily identify an author’s next book, especially in a series), I’ve always worked closely with my cover designers in order to create the best possible cover I can for each individual story. I like them to be different. As a result, I’m satisfied and more than content with all my book covers. Especially for my long-running Lewis Legacy Series, I prefer for the reader to visualize in her own mind what these characters look like. 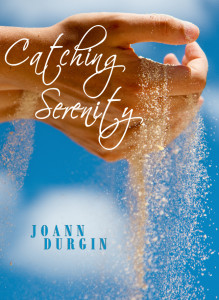 I’ve recently begun to experiment with “people” on the covers, but only when I can choose the man and the woman separately. Meaning they will not be featured in a romantic embrace (which typically sells much better). 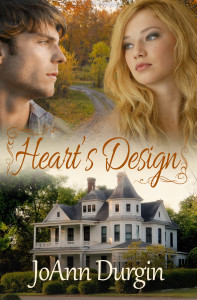 *SUBJECT MATTER. I’m not afraid to write about topics that some authors won’t go near—physical abuse, abortion, and sexual sin, among others. While writing a story that has elements of lightness and fun, I also reveal the darkness in today’s world and within the souls of certain characters. In so doing, and while not denying the existence of sin, I have the unique opportunity to show how Christians can face and deal with these issues in a godly way to better shine light on the goodness, grace, and mercy of our great God.

*MARRIED AND UNMARRIED COUPLES. I like to write about both married and unmarried characters. For the former, I show the playfulness in the relationship, but also the struggles of a couple, both big and small. For the unmarried couple, I don’t deny the existence of physical attraction, but I also seek to portray the relationship in a realistic yet godly manner. In both instances, I seek to write with a realism that resonates with readers.

*MY OWN UNIQUE NICHE GENRE. I write what I like to call “contemporary Christian romantic adventures.” For the purist and the hardcore realist, some of my books stretch the bounds a bit. “Yeah, like that would really happen!” But this is fiction, people. I want to entertain. Let’s face it, reading a book where the most important decision of the day is what to have for lunch isn’t exactly scintillating reading material.

*I DON’T ALWAYS PLAY IT SAFE. In other words, I am willing to go where no author should ever go…according to traditional publishing wisdom. I’m not talking about being gritty or edgy. I write sweet, traditional romances for Pelican Book Group, as evidenced by my Starlight Christmas Series and Echoes of Edinburgh. But in my independently published books, I have the freedom to go beyond the bounds of traditionally accepted material. What am I talking about here? For example, my latest release, Enchantment, Book #6 in The Lewis Legacy Series, features a two-week mission trip with my core characters and their group of volunteers in TeamWork Missions. Every single character—including couples, singles, children, and even one new character, are in New Mexico. Throw into that mix a few characters from the Native American church (TeamWork is helping to build their church building). Am I crazy? Probably. Would any traditional Christian publisher ever allow such a scenario? A resounding no!

Enchantment is the book the Lord gave me to write, and I’m proud of it. The entire purpose of TeamWork Missions is to serve the Lord by serving others and their motto is “Binding Souls for Christ.” This book is in the middle of the series, and I felt it was time for the team of volunteers to get back to the basics of their faith. There is still plenty of romance, adventure, humor and drama—all the same elements my readers are used to getting when they pick up one of my books.

I stand behind Enchantment every bit as much as my other books in this same series. Part of the beauty of publishing this series myself now is that I can write the book of my heart. I write the best book I can in each incidence, give birth to it, and then let it go and move on to the next.

I will always be an author who follows the Lord’s leading, first and foremost. If that means going against the grain of what’s popular, or what’s safe, or what sells the best, then so be it. I’m willing to be a rebel. So far, it’s working out pretty well. I value and appreciate my readers, and I’m so thankful for each and every one who’s willing to take the journey with me.

I’m giving away a digital copy of Enchantment OR any of my other books of the winner’s choice. In order to be eligible, please answer this question:

Have you read a book that stands out in your mind because of something you felt was different that you liked (it can be anything at all with a character, plot, etc.)? Feel free to share the title and author, if you’d like.

Blessings, friends. Until His Nets Are Full!