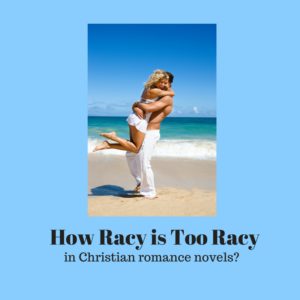 Writing inspirational love stories means walking a tightrope. It’s important to portray the hero and heroine being drawn to each other, admiring each other, and coming to love each other. And, yes, being attracted to each other. But that’s where issues can arise. While Christian romance readers want to believe that these two people are perfect for each other and will have a happy married life, most don’t want to see explicit passion on the page.

In my new release, The Soldier’s Secret Child (out in ebook today!), there is a passage that had to be edited several times to make sure it met both expectations. First, some backstory:

Vito D’Angelo and Lacey McPherson grew up as neighbors, but she ended up marrying Vito’s army buddy. Now Lacey’s a widow, and military hero Vito and his foster son have been staying in Lacey’s guesthouse. The two have rebuilt a friendship, and they’re both growing more emotionally attached.

In the scene that follows, Lacey and Vito have taken young Charlie to the lake on a hot summer day. Vito reluctantly removes his shirt, revealing the extensive scars he received in battle. With Charlie off playing with friends, Lacy and Vito race each other out to a secluded dock, climb up, and soak in the sun together.

I’ll bold the lines that made my editor worry:

“I found you…appealing, as you grew up.”

“Uh-huh.” He reached out and brushed back a strand of her hair.

His eyebrows drew together. “You were three years younger! That wouldn’t have been right.”

She laughed up at him. “You’re such a Boy Scout.”

His eyes narrowed. “If you could read my mind, you’d know that’s far from true.”

“Are you talking about what was in your mind then, or now?” Something, some magnetic force field, drew her to reach toward his chest, the thick, luxuriant mat of hair sliced through by scars.

“You don’t want to touch me there.”

“Because of this?” She tugged her hand away from him and ran a light finger down one of the multiple fault lines on his chest.

He sucked in a breath, his eyes pinning her. “Do you have any idea of what you’re doing?”

“What am I doing?” She wasn’t sure whether he was talking about her touching his scar, or something else.

He caught her chin in his hand and let his thumb brush across her lower lip.

She drew in a sharp breath, staring at him. Every nerve felt alive, every sense awake.

“You have no idea how long I’ve wanted to do this.” He leaned closer, studying her face as if trying to read her thoughts, her mood, her feelings.

“Do what?” she asked, hearing the breathy sound of her voice.

“This.” He slid his hand to the back of her head and pressed his lips to hers. 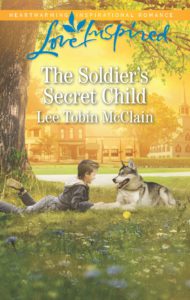 And here’s how we changed it so as not to offend sensitive readers:

Shaking his head, he continued to hold her gaze.

“Because of this?” She tugged her hand away from him and traced the air above one of the multiple fault lines on his chest. Almost, but not quite, touching it.

He sucked in a breath, his eyes still pinning her. “Do you have any idea of what you’re doing?”

He caught her chin in his hand and let his thumb brush across her lower lip.

See the difference? In the original, I had her run her finger over the scars on his chest. In the revised version, there’s no talk of touching and she doesn’t put her hand on his scars. (And hey, if you want to read more, click on the book cover above.)

So what do you think? Is the original too sensual? Do you like the revised, no-touching version better? How much physical attraction is too much in inspirational romance?