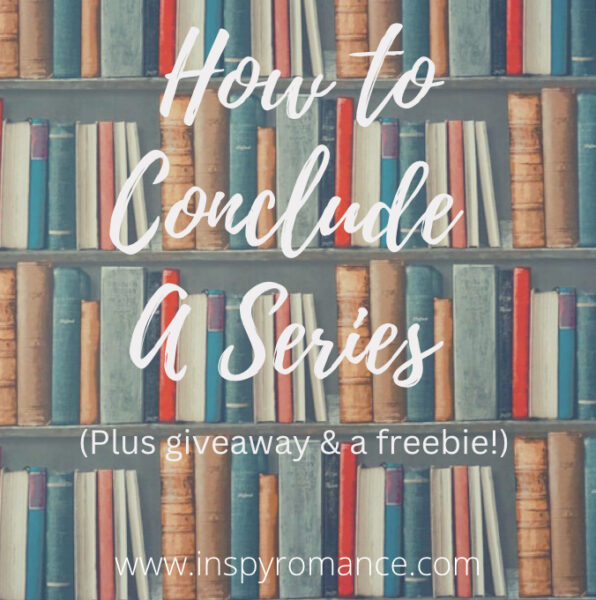 I’ve written a number of series now. Over the past year I’ve released the Original Six and Muskoka romance series (the latter is still ongoing), and next year will see the release of the Northwest Ice hockey romance series, and the Trinity Lakes series I’m in with Inspy’s Narelle Atkins. I’ve written a number of historical series, too. So I’ve learned a little about what readers appreciate in how a series ends, that many tend to enjoy a degree of resolution that’s not too cliched, but still answers most (if not all) of the lingering questions that might hover over a series of books.

Next week sees the release of Refining Josie, the last book in the Independence Islands series. (And today just happens to be the release day of Tabitha Bouldin’s book, Waiting on the Tides, the second last book in this series – yay, Tabitha!) 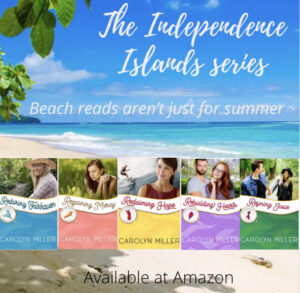 Writing about the work side of Greener Gardens was fairly straightforward. Yes, I researched information about plants and climate pertinent to that part of the world, but that wasn’t really where the heart of my stories lay. I think readers connect to relationships – family, friends, siblings, as well as romance – so it’s the emotions there, and the highs and lows of living with (and being challenged by) others that really help make a story resonate.

I started my five interconnected books by focusing on Samantha Green, who is forced to take on her father’s garden company when Samuel Green falls ill. Over the course of the following books we see the impact this has on each of the workers, as they each get their moment of romance and their book. So Samantha meets a famous novelist in Restoring Fairhaven, Sam’s second-in-charge Dermott woos a scorned reality TV star in Regaining Mercy, their administrative assistant extraordinaire Callie finds that opposites do attract in Reclaiming Hope, and strong, silent builder Tim finds joy with bubbly Bella in Rebuilding Hearts.

But for book 5, the last in my collection of stories about Greener Gardens, and the book that finishes off the entire series, I wanted something a little different. So yes, Refining Josie is still a romance, but it has extra depth and heart and all the feels as the prodigal daughter finally comes home. Now Josie Green, who we’ve seen pop up in various situations over the series, is certainly not everyone’s cup of chai. (Not least handsome Aussie teacher, Lachlan Jones) But she’s a troubled soul, and I don’t think people in pain are always going to be charming, are they? It’s called real (& I think relatable), and I LOVED giving the problem child her own time to shine, as some of the reasons for why she’s done what she has are finally revealed.

I’ve always enjoyed playing with reader expectations, and giving the alternative point of view to a character. And so it was fun to show there was more to Josie than first impressions might suggest, and to explore some of the dynamics in a family relationship.

I reread it last week for some final editing, and might’ve teared up a time or two. Because families aren’t always easy. And the road grime of life can be hard to wash off, so it becomes easy to hold onto offences and pain, even when we do know Jesus as our saviour.

So Refining Josie will help tie together a number of aspects of the Greener Gardens company and the people involved that readers may have met from reading the previous four books. (But it can also easily be read as a standalone) It brings about a sense of completion for the series, yet also takes it into the new, and hints at other characters from books of mine that are on the horizon, or in ‘parallel literary universes.’

And of course, with Refining Josie being a December release I needed to have a final Christmas scene, complete with some clues at what happens next for our previous couples. I love that, because even if we don’t meet these people again, at least we have a sense that they will be happy, that life will turn out well for them.

And isn’t that want we all want when it comes to reading a series?

You can buy a copy of Refining Josie here or Tabitha’s Waiting on the Tides here (or start at the beginning of the Independence Islands series here.)

Do you like them? How many books is ‘enough’? Do you prefer multi-author series or one written by a single author? A focus on linked places, people, issues?

One commentator today will win an ebook copy of 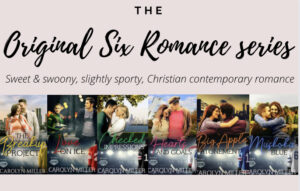 their choice of a book from either of my two other contemporary romance series, the Original Six or the Muskoka Romance series. And if you need some more Christmas feels (& enjoy a freebie!) then you can get your copy of Originally Yours, a Christmas novella here.