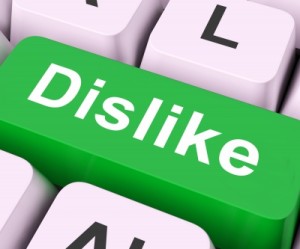 I read a book recently that was, eh, so-so.

I’m usually REALLY picky about what I read. My time is precious, being the mom of 4 kids, so I tend to have favorite authors I stick to, and definitely favorite genres. I do venture out to new ones from time to time, too, especially high recommended books.

But we all have those authors, ya know? The ones we gravitate toward and get antsy whenever their next book comes out, eagerly waiting until we can get our hands on it.

This book I read was by one of those FAVORITE authors of mine, but it took me about 3 days to get to chapter 3. VERY rare for me. I found myself forcing myself to read more, convinced it would get better.

It did… at about chapter 8-ish. So I ventured to Amazon to see what other readers were saying. I RARELY read reviews, but thought, I wonder if I’m the only one thinking this? This was a REALLY popular author. It just seemed odd.

I was relieved to see I wasn’t the only one. While she still had plenty of good reviews, almost half of them said the same thing I thought — This was NOT the author’s finest work.

But it was what the reviews noted as their reasoning that surprised me.

A few of them said the same thing as me… a painfully slow/boring beginning.

But many reviews named the CHARACTERS as the problem.

And not for all the reasons as a writer that I hear other “writers” listing to avoid… they weren’t underdeveloped. They weren’t cliche.

Nope, the problem was…

They thought the hero was a big pansy who was afraid of hard work.

They thought the heroine was a spoiled brat who cared only for herself.

Reviewers made such cruel remarks as, “It made me want to root for the characters NOT to get their happy ending.”

The mom in me started contemplating this, and not for the first time. I, myself, am a fan of putting not-as-likable characters in my books. I’ve had a few contest judges in my pre-published days give comments such as, “I really didn’t like her. If she were real, I would NOT be her friend.”

But here’s the thing. I’m a BIG believer that WE ARE ALL REDEEMABLE. That we are ALL worthy of God’s love. And showing that journey in story is a pretty amazing thing.

To the author’s credit, she’d done a marvelous job at that. Both characters had very believable backgrounds, and they both had a few redeemable qualities that at least made ME want to see them happy. This author is an AMAZING writer. She knows her stuff and did it masterfully. (except maybe that yawn-worthy beginning, but I digress!)

So, I’m taking off my writer hat for a minute, and talking to you reader-to-reader, woman-to-woman (well, most of you…), and Jesus-lover-to-Jesus-Lover.

On one hand, I GET IT. When we are immersed in a book, we want to fall in love with the characters. To be sympathetic toward them. To LOVE them. As a reader, I totally get it. I’m right there with you.

But I wondering what it says about us if we so despise a broken character that we can’t root for them to have a happy ending? That, even though it may be in fiction, we don’t even want to see them redeemed?

If your toes are stepped on… I’m sorry.

Think about it though. When you read the Bible and read of the prodigal son… do you root for his father to turn him a way? Are you like the older son, irritated that the slackard gets a party?

Do you look at Saul, who later becomes Paul, and scoff at the idea of him being given a chance after effectively overseeing the slaughter of Christians?

Do you look at Rahab, or Tamar, and look at their lives and the sexual sins they were involved in, and hope they never are happy because they are such horrible people? I mean, have y’all read the story of Tamar lately? The girl pretended to be a temple prostitute to sleep with her father-in-law so she could get pregnant.

Do you look at the adulterous woman whom Jesus refused to condemn, whom he said, “Let him who has no sin cast the first stone.” and hope that she never finds love of happiness again?

God is in the business of REDEMPTION, friends.

My hope, my prayer, is that this attitude of “not liking unlikable people” is saved only for the fiction variety.

But my fear is that, if we scorn the imperfect in fiction, then how much more likely are we to scorn them when they are our flesh and blood neighbor? Or co-worker? Or fellow church member?

We’re told to love our enemy… but do we? We’re such fans of ranting on bullies lately… but have we shown them God’s LOVE and grace, too?

None of us are perfect. I dare say we’ve ALL been mean, annoying, or a bully at some point in our lives. I’ll be the first to raise my hand at that.

We all have motivations. We all have a past that has shaped us into what we are today. God loves us right now. As we are. Imperfections and all.

PRAISE GOD FOR THAT.

Do you find it hard to like more difficult characters? Have you ever looked around to see if that carried over to your “non-fiction” life? Have I stepped too hard on your toes? I’ll be happy to send you some bandaids… :-)