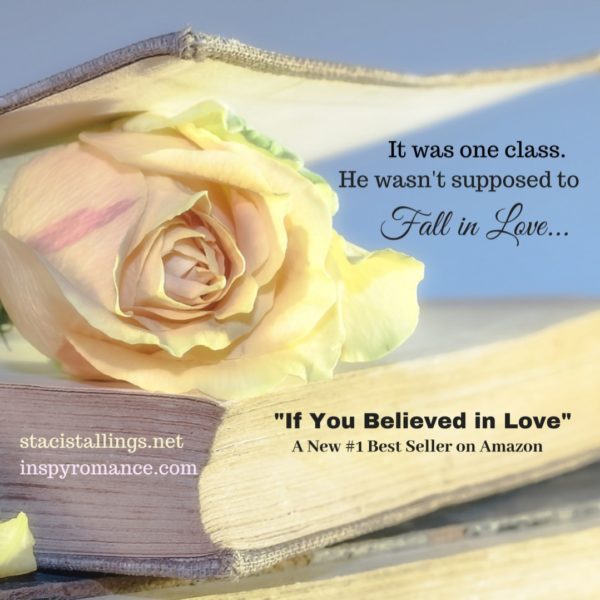 If You Believed in Love became a #1 Best Seller in Christian Poetry on June 21, 2018. Here’s an interview with the author, Staci Stallings, about this very unique book…

What do you love about this book?

If You Believed In Love is a book that just makes me smile when I think of it.  I love being in a classroom.  I love how Elizabeth really listens to God and brings the lessons He teaches her to her students.  I’m infatuated with Jonathon Danforth.  He’s snarky and very jaded, but underneath you realize it’s because he’s been so hurt in his life and in many ways, he wants to believe in good things, he’s just not convinced they are possible.  I would love to have the chance to sit down and just talk to these two characters for hours.  They are so incredibly deep, and in many ways, I think even as profound as this book is, it just scratches the surface with these two.

Share something you learned during the writing or publishing process.

Most of my books I don’t write as much as I “see” and transcribe. I equate it to watching a movie, only the movie is in my head.  In this one, there is a scene when Jonathon who hardly believes in anything anymore begins to get a glimpse of the light inside himself.  I so remember writing that scene because it was almost an out-of-body experience. I could SEE what he was seeing–this… light that was so real and yet so intangible.  There’s a line that Elizabeth asks him, “What is light?”  And he answers something about atoms or molecules.  My best friend is a science teacher, and when I read that to her, she laughed.  I’m still not sure what light is because she wouldn’t quit laughing long enough to tell me.  But I so love that scene because that’s how I feel so often–like God is trying to reveal the light in me and I’m trying to grasp it and make it mine.  What I’ve learned is it’s not MY light.  It’s His, and when I can just relax into what He’s doing, bringing the Light into and through my life, miracles truly do happen.

Can you tell us something behind-the-scenes about this book that the readers would love to hear—something not easily found on your web site?

I can’t ski anymore because I twisted my knee, and because of altitude sickness, I can no longer even go to the mountains.  So when my husband and children do their annual ski-trip, I stay home.  I get a bunch of movies and Chinese food and watch movies for 3 or 4 or 5 days straight.  One after the other after the other. (I love movies, but my kids where too young at the time I wrote this one to watch most of the ones I want to see, so I hoard them all year in anticipation of this moviefest.)  This book came about during one of those marathons.  On the advice of a friend, I watched “Pride and Prejudice” with Kiera Knightley–and hated it.  I was lost the whole movie, and I really hated Mr. Darcy!  Then because I needed something really different (brain bleach, anyone?) to get that movie out of my head, I watched “Martian Child.”  Now I love John Cusack, and in that movie his sister, Joan, plays his sister. I loved the dynamic of the two of them.  She, trying to take care of him; he alone and miserable and not really wanting anyone’s help or concern.  After watching that one, I was drawn back to watching “Pride and Prejudice” and this time I actually liked the movie.  I liked how vulnerable Mr. Darcy really was when I stopped pegging him as a total jerk. It was like watching a completely different movie because I knew the true story behind him, not just the surface one.

Then it was like 2 in the morning and I went to bed.  Apparently my brain mixed and mashed the two movies up–John, Kiera, Joan, Pride and Prejudice… and when I woke up, the tapestry of If You Believed in Love was fully developed in my brain and heart.  It was finished less than 5 weeks later.

What has been your biggest surprise about this book?

One of the big stumbling blocks of this one is that especially in the beginning of the story, there is a lot about poetry and Jane Austen books. Some people really get into that kind of thing, and some really do not. What that’s meant is there is pretty much no “middle ground” on reviews. I get either 5-star, glowing reviews, or 1-star absolutely hated it reviews.

It’s difficult because one of the things I try really hard not to do is to force stories into pre-conceived boxes. So not all of my stories are super-Christian, though some of them are. Some have action, many do not. Some are about school, some are not. In a lot of ways that’s a good thing because when you read a Staci Stallings’ novel, it’s not going to be the same thing you’ve read before just with different characters and a slightly different setting.

No, it’s going to challenge you to think about life in a whole new way. To me, that’s good, but to some readers, it’s not.  They like “tried and true.”  They like “knowing exactly what they are getting.” With me, that’s just not going to happen.

So my biggest surprise, ironically, is how many people actually love this story as much as I did. Yes, I’ve gotten several 1-star hated-it what-was-she-thinking types of reviews, and honestly I understand that. I know this story is not for everyone. But I also know it is very much a facet of me, of who I am and how I think about life. So, I guess you get what you get, and if it’s not your cup of tea, that’s okay too.

What is one thing you really liked about this story in particular?

Every story has its own challenges. The biggest challenge with this story was that I’d never read Jane Austen. Oh, I knew of her, of course, but “Pride & Prejudice” was just not on my bucket list to ever study.  Now I did study Browning’s poetry in college, so I had an “in” there. That really helped. But writing this one, I had to go back to school and do a lot of studying up on Jane Austen.

I’m really glad I did because her work has now become part of “my room.” I get why people fall in love with her stuff. She’s a lot like Shakespeare in that they both understood life on a far deeper level than most people ever get to. They understood how and why people do the things they do, and I think we, as humans, want to learn and understand what we don’t intuitively know about ourselves and this thing we call life. So, reading about it from the masters becomes our go-to for doing that rather than having to experience it all ourselves.

Favorite character in this one?

I almost literally fell in love with Jonathon. I mean, he’s so broken, so fragile, even though he desperately doesn’t want to be. He’s sarcastic and witty, but there is an immense depth there as well. It’s like he’s this really deep, intellectual guy who has gotten comfortable being a shallow, egotistical jerk.  Maybe because he thought he had to. Maybe for protection so no one saw the real him. I don’t know, but I would love to sit down and just have a cup of coffee with him and sit for hours and just talk about life and love and hope and joy and loss and pain and…

However, I think of all of my women characters, Elizabeth is probably the most like me. She’s shy and quiet. She reads constantly, and she’s always trying to dig deeper into life. Our backgrounds are 100% different, but where we ended up are very similar. I really like how soft she is, and how she encourages her students to think on a whole different level about literature and about life. I like how inspiring she is. I like how animated she gets when she talks about the stories. I like how interested she is in delving into the experiences of others, to learn from them as well.

I hope you all enjoy this story as much as I have… repeatedly. It’s one of my favorites to go back and read, and now, it’s a new #1 Best Seller.  Enjoy & thanks for taking the journey with me… 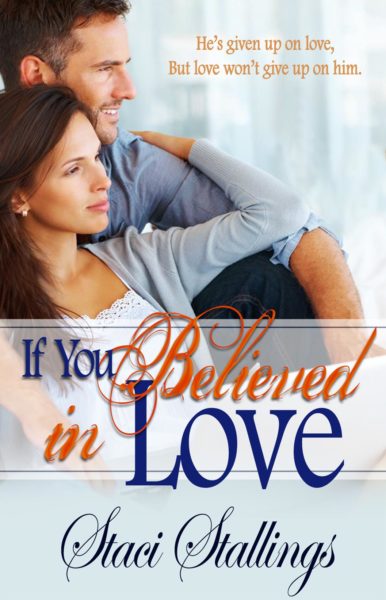 On Amazon or on Kindle Unlimited!