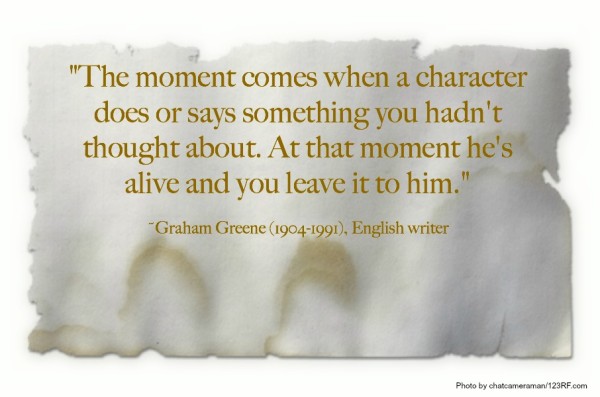 Writers often define themselves as plotters or pantsers.

I prefer to plot my novels, to have a firm grasp of both my story’s flow –beginning, middle, end — as well as knowing who my main characters are and why they act they way they do. After all, I’m in charge of the story, right?

For all my plotting aspirations, I’ve learned my characters have minds of their own. More than once, I’ve sat down to write a scene and been surprised by something my hero or heroine have said or done.

I had no idea that was going to happen until Daniel walked through the door into Allison’s living room. But I kept typing, and it all made perfect sense.

But I left the scene in the novel because it fit who Kendall was and how she would react to what happened to her.

I spend a lot of time getting to know my imaginary characters before I write a single word of a manuscript. But I have to admit that their habit of interrpting me and telling me how they think the story should go or saying, “I bet you didn’t expect this!” makes them all the more real. They’re not misbehaving . . . not really. They’re pushing back the boundaries of my plot — and often pushing me to be a better writer.

When imaginary characters exert control over a story #amreading #chrisfic

Imaginary Characters: Ain’t Misbehavin’ – or are they? #amreading #chrisfic