Sometimes living in my imagination is difficult.

Maybe that’s because I have what people call a “vivid imagination.”

Do you know what that means, to have a vivid imagination? For me, it means that what I “experience” in my head is often as real or more real to me than things that I experience in real life.

Having gone through the deaths of people close to me, I know that there is a time in death when people rewind or remember their lives as if they were living them again. One gentleman I know who was a carpenter, as he got closer to death, they said he had “started building again.” He was building houses and furniture that he had actually built in his lifetime, recalling details about things he had built many years before.

My grandmother did something similar, recounting details of things that had happened in her life some 65 years before her death. So I know that the brain “works backward” through its memories when you die.  That’s why I’ve warned my kids that when I get to that point, many things I talk about may or may not have really happened because so many things that I have “experienced,” weren’t really in my real life experience, they were things that happened only in my head.

I have had stories that I wrote that I would pick up to continue writing years after I wrote the initial book, and my mind would fill in details I could not possibly have just “remembered” 5 years later. A character who always refers to his grandmother as “Beautiful” as if that is her name—and I wrote that four or five years before and write it into a new scene without reading over what I had previously. Strange things like that.

A room off to the side in a church that I wrote in book 3, and sure enough, that room was written in the original book (that I hadn’t gone back to reread when I wrote that part)—except that church really doesn’t exist except in my mind.  What is that? I don’t know.

I don’t fully comprehend how I do what I do. I just know, for me, that is life.

And so it is with this new series that has just gone on preorder. It’s called “The Imagination Series” because so much of it revolves around characters with “abilities” that I think most of us either don’t have or don’t know how to access.

In the first book “Becoming Me,” for example, Nelson Samuels, the hero, hears music—melodies all the time in his head.  He has learned how to capture them—on a piano, a guitar, the drums, etc.   His friends all think that he “writes” music, but much like I do with my stories, it is less about him creating something as him trying to capture something that only he hears. The heroine, Paige Grayson, does the same thing except her imagination expresses itself in words. She writes poetry. Words about how she feels and about life as she is experiencing it.

Neither of them have ever really told anyone about these gifts because they know others probably will not understand.  It is much like me, trying to explain what it’s like to live with an imagination like mine is a big challenge because, honestly, I know without asking that other people will think I’m weird (and I just don’t want to go there although I’m getting braver and braver about sharing that part of me as I go).

I’ve mentioned before my obsession with “The Greatest Showman,” and I think this discussion is one of the reasons I love it so much. PT had an amazing imagination and the courage to try to put that imagination into real life. In one line in the movie, Phillip says: “They come to see you—the crazy acts you come up with.”  It was because PT could imagine things that had never been seen before that he could unlock the human potential of those around him.

The second is an experience I had the other night. My son and I went to see “Paul, the Apostle.” To say that movie is brutal is, for me, an understatement.  Watching the movie was an extra credit assignment for my son, and so we went. I don’t know that I had really thought through what the movie might be about, but two things should have clued me in:  1) Paul was in jail and I knew that was part of the movie, and 2) Jim Caviezel was in it and had produced it in the vein of “The Passion of the Christ.” So to put it mildly, it didn’t pull many punches.

After the movie, I told my son, “I may never recover from that movie.”  He, having watched things like “Lord of the Rings,” thought that was silly. “Why, Mom? It wasn’t that bad.”  But then as we talked, I began to realize why it “wasn’t that bad” to him.  For him, being only 15, he didn’t understand several points that they (kindly) did not show.  The Christians sent into the arena to be torn apart by animals for example. They left that “up to the imagination.”

And there were several other incredibly brutal things just like that. They didn’t show it, but if you know enough about the history of that time, you know what happened, and for me, it matters little that I was covering my eyes (yes, literally!) because my imagination helpfully fills in all the details with things I didn’t “see” in my own experience with things that I did “see” only in my imagination—sometimes that might be good, other times it might be far worse.

So, I guess I just wanted to share with you some of how this new series came into being, some about me as an author and person, and some to explain what the word “imagination” means to me and why I chose that as the name of this series. I do hope readers enjoy reading it because honestly this one has challenged even MY imagination because I’ve had to tap into my characters’ imaginations to be able to write it.  I hope it will challenge my readers to think in terms of the strengths of their own variant of imagination and get a little braver about using it, sharing it, and calling it out in others.

This is your chance. Get a jump on everyone and preorder this one today…. 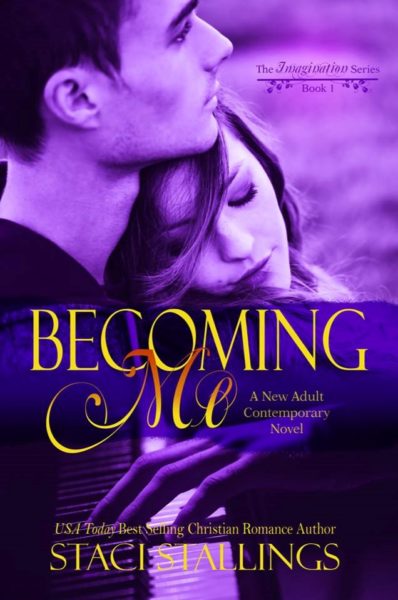