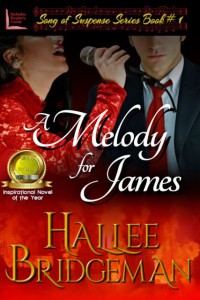 I’m not one of those super cool writers who has been penning stories since I could hold a pencil. I never thought about writing, never imagined a career writing – writing was never on my radar. Until one day, I sat down and wrote a book. 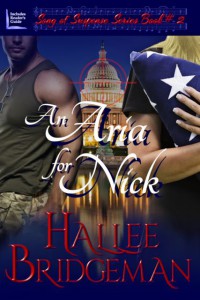 And then I sat down and wrote An Aria for Nick. That one came even easier than the first. After a few weeks, I had the rough draft finished and suddenly the ideas for books overwhelmed me. Like dominoes toppling, I couldn’t write ideas down fast enough. Sitting on a bench in the park, I could watch a couple stroll by hand-in-hand and have some romantic suspense story of the development of their love completely written before they could take ten steps away from me. I thought of murder ideas, espionage ideas, love triangles and moral dilemmas. I couldn’t sit through a church service without thinking up a dozen plots for the next novel.

Last week, I published novel number eighteen. My Virtues and Valor series is complete – seven books in seven months. My husband said to me, “It would be great if you could do a series of books on the heavenly virtues,” and without warning, this series set in World War II wrote itself in my mind. I’ve never written faster in my life than I did with those books. It was exhausting and thrilling and fulfilling and a dozen other “ing” words I could come up with.

Despite the ease of ideas, despite how readily a plot will come to me, I still get completely and overwhelmingly intimidated when I’m face with this: 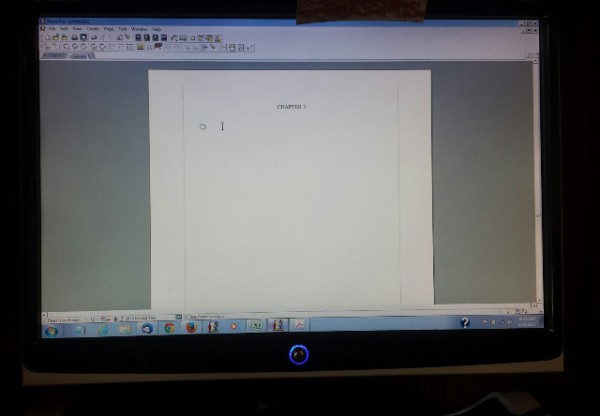 That blank screen. That “chapter 1”, “In the beginning,” moment. That moment when I have to launch myself into a new make believe world with characters that are scrambling around, clamoring for life that only I can give them. The whole time I’m staring at that blank screen, waiting for the courage to take that first step and write that first word, I’m thinking, “Will they like this one as much as they liked the last?” “This plot sound absurd.” “Can I cause a good enough suspension of disbelief for this suspense element?” “Will I stay in tune with the Holy Spirit or foolishly veer off on my own?”

As overwhelming as the plot ideas can get with me sometimes, so can these thoughts take over to the point that I sit there with my fingers on the keys, afraid to start.

Once I start, the story and the characters and (I pray) the Holy Spirit take over and I get as lost in the plot as a reader would. There is no more fear. There is no more intimidation. There are no more doubts.

But for now, that blank white screen stares at me, almost daring me to begin typing.