As authors, we’re told not to react to reviews—at least not directly, out loud or in print.  And ultimately that’s probably good advice because a critical review often feels like someone is attacking one of our children.  While I don’t respond to critical reviews, I can’t help but think through how I would respond if I either had the chance or didn’t have quite so much self-control.

That’s where I found myself when I read a recent critical review of one of my most reviewed books.

I can’t speak for every author, but I know, for me, critical reviews come in one of four “flavors”:

I’m going to leave the first two alone because they are mutually exclusive if you are going on anything other than strict opinion, and I can’t argue you out of your opinion.  I’m going to let the third one be because Amazon recently wrote to inform me that I had an extra space in one of my books that needed to be removed because someone complained. (No, I’m not kidding about that.) If readers are going to get that picky, I’m giving up on trying to please them. Not to even mention the ones who have written to complain about my spelling and grammar—and misspelled “spelling and grammar” in the one-sentence review! (Not kidding about that one either.)

Anyway, this particular critical review focused on #4—that the situation the characters were in was “not very Christian.”  As I drove after reading it (one of the times I tend to think things through best), I “argued” with the person, trying to explain that I don’t write Christian situations where everybody acts perfectly and always acts (except for the villain) in perfect Christian fashion.

I further pointed out to this nonexistent person that when I write, the thing that attracts me to a story is that the characters are in a mess. If they aren’t in a mess, what’s the point of trying to sort the mess out?  Then I had a revelation!

The stories I write start out with a mess, and I pose the question, “What if I dropped God In the middle of this mess and let Him work?  What would happen?  What miracles might come from it? What lessons would I learn through it?” 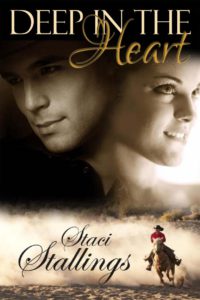 As I contemplated this question, I realized that that’s exactly my overriding philosophy in writing what I write, how I write it.  There’s a mess, and a character gets injected into the mess who brings God with them.  Untangling things is often rather difficult, but I’ve learned so much from doing this.

So, for example, what if you’ve got a guy whose family is rich, but he’s hurting because his mom died when he was really young and no one ever helped him through that pain and grief? Now he’s engaged to a woman who is using him to get to his family’s money and because he has the right name. He’s not in love with her, but he’s stuck and headed at breakneck speed toward a life he already hates.

Okay, so what if we take a young woman who gets a job with his family. She’s on the innocent side, barely surviving financially, but she has learned to cling to God.  If you give him, through her, the option of God, what would happen? 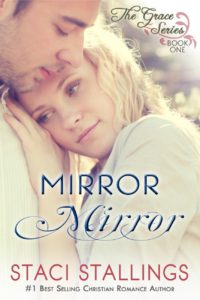 What if you have a guy who has a best friend he’s in love with, but she doesn’t see him that way?  Then her half-sister who she hates shows up, and he falls for the sister.

You’ve got relationship upheaval, family conflict and drama, conflict with the best friend, issues of following your heart, and on and on.

Now what if the guy happens to know the preacher in town and happens to ask for his advice? What happens if he starts taking the preacher’s advice and letting God deal with all of this? 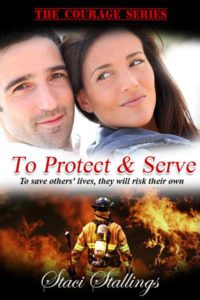 Let’s say there’s a guy who is really shy around women who meets a woman who absolutely hates men. They get thrown together on a couple of projects together, and let’s say that there happens to be a predatory guy after her in the mix, and our hero just wants to protect her, and in the midst of everything, she falls for him?  And just to make things really interesting, let’s make him a fire fighter with a death wish and her a major control freak.  Big mess until God shows up.

So although I can’t say I was thrilled about the review that kicked all this soul-searching off, it has been rather illuminating in forcing me to clarify why I start where I start, why I write what I write, and how God has been able to work through my books. All-in-all not bad revelations at all.

Take a mess, find a way to drop God in the middle of it, and see what happens.