First let us look at the actual Scripture for our discussion about Mary and Joseph finding Jesus in the Temple (from Luke 2:41-50):

[41] Every year his parents went to Jerusalem for the Feast of the Passover. [42] When he was twelve years old, they went up to the Feast, according to the custom. [43] After the Feast was over, while his parents were returning home, the boy Jesus stayed behind in Jerusalem, but they were unaware of it. [44] Thinking he was in their company, they traveled on for a day. Then they began looking for him among their relatives and friends. [45] When they did not find him, they went back to Jerusalem to look for him. [46] After three days they found him in the temple courts, sitting among the teachers, listening to them and asking them questions. [47] Everyone who heard him was amazed at his understanding and his answers. [48] When his parents saw him, they were astonished. His mother said to him, “Son, why have you treated us like this? Your father and I have been anxiously searching for you.”

I want you to notice, and ponder in your heart as Mary did, the significance of the timing of this story.  It is Passover.

Not just “a feast,” or some other random celebration.  This story occurs at Passover.  At this time Jesus is 12, but I want you to simultaneously fast forward 21 years to a second Passover–the Last Supper.

During the second Passover we are given front row seats as Jesus celebrates Passover with His disciples and then leaving the meal, goes out first to the Mount of Olives and then to the Garden of Gethsemane, where His friend, Judas, will betray Him.

I no longer see these two Scriptures as separate.  They are woven tightly together if you just look a little deeper.

First, it is the next day, which would be Friday, that Mary and Joseph “lose” Jesus.  Flash forward.  It is also Friday that the disciples “lose” Jesus when they run away and Jesus dies on a cross.

If it took a day to get away from Jerusalem (Good Friday), then it would take another day to get back to Jerusalem.  That would be Saturday.

Imagine the worry and fear of Mary and Joseph!  They have lost the Messiah!

Imagine the worry and fear of the disciples!  They, too, have lost the Messiah!

And then, on the third day (see the obvious parallel here?), Mary and Joseph find Jesus… in the Temple, in His Father’s house.

It is at this point that the two stories diverge but in an interesting way.  Why?

Because the disciples don’t find Jesus in the Temple.  Instead, Jesus comes to where they are.

36-41While they were saying all this, Jesus appeared to them and said, “Peace be with you.” They thought they were seeing a ghost and were scared half to death. He continued with them, “Don’t be upset, and don’t let all these doubting questions take over. Look at my hands; look at my feet—it’s really me. Touch me. Look me over from head to toe. A ghost doesn’t have muscle and bone like this.” As he said this, he showed them his hands and feet. They still couldn’t believe what they were seeing. It was too much; it seemed too good to be true.

41-43He asked, “Do you have any food here?” They gave him a piece of leftover fish they had cooked. He took it and ate it right before their eyes.

44Then he said, “Everything I told you while I was with you comes to this: All the things written about me in the Law of Moses, in the Prophets, and in the Psalms have to be fulfilled.”

45-49He went on to open their understanding of the Word of God, showing them how to read their Bibles this way. He said, “You can see now how it is written that the Messiah suffers, rises from the dead on the third day, and then a total life-change through the forgiveness of sins is proclaimed in his name to all nations—starting from here, from Jerusalem! You’re the first to hear and see it. You’re the witnesses. What comes next is very important: I am sending what my Father promised to you, so stay here in the city until he arrives, until you’re equipped with power from on high.”

So although Mary and Joseph must go back to find Jesus, the disciples on the Sunday of the Resurrection are startled when Jesus is suddenly in their midst.  And not a ghost Jesus or a spirit Jesus, but a real, live, flesh-and-bones-can-eat-fish Jesus! 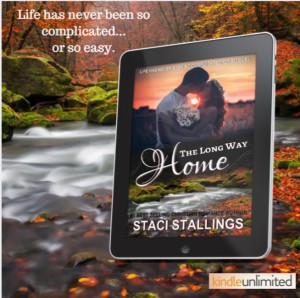 Where is Jesus for you?  Is He in the Temple of your heart?  Is His presence known in your life?  Do you need to seek Him?  Has He ever “just appeared”?

So if your Christian walk has been reduced to spouting some nice, sounding platitudes, please take some time.  Go in your heart and ask Jesus to reveal Himself to you–not words on a page, but the Word made flesh and dwelling inside you.

When that happens, the Temple will be made right in your heart, you will share in Jesus’ Resurrection, and your life will never again be the same again!