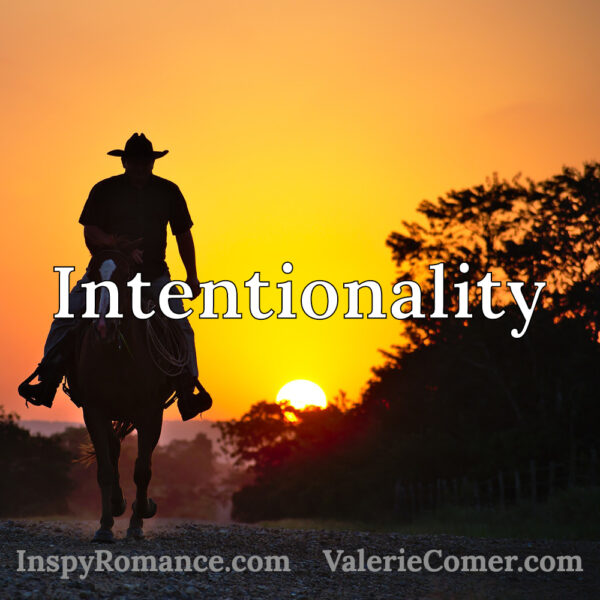 The Cavanagh brothers are an interesting crew – at least they are to me! I began noodling on this series about two years ago.

There were a few firsts for me. First time writing a sibling/stepsibling series. First time contemplating a dysfunctional family where each member needed a uniquely tailored happily-ever-after, though they started in the same family but not on the same page. First time trying to add in an overarching story thread that spanned six novels with parents whose own marriage was in serious trouble from the beginning.

The fourth Cavanagh Cowboys Romance, Kiss Me Like You Mean It, Cowboy, released ten days ago. I’ve been alternating stories between Kathryn’s sons and Declan’s sons. This time it was Blake’s turn.

Blake’s stepmom confides in Dafne, the girl he is dating, about what Blake was like as a child:

“He was ten when I married Declan, just a little younger than my twins. He was so lost. He needed attention, but didn’t know how to ask for it in a mob of six boys. Travis hated me from the beginning. Ryder was the baby — only six — and he crawled on my lap anytime I sat down, but Blake? He hung back, unsure of his place in life. I think he’s been unsure ever since.”

How was that uncertainty revealed? Blake came across easy-going. After all, he’d seen his older brother’s temper match their father’s. He refused to care about anything enough to get that riled up. He’d just cruise through life, taking nothing seriously. He made no secret of dating several women at a time. He never let things get too deep. Superficial was the key to everything. 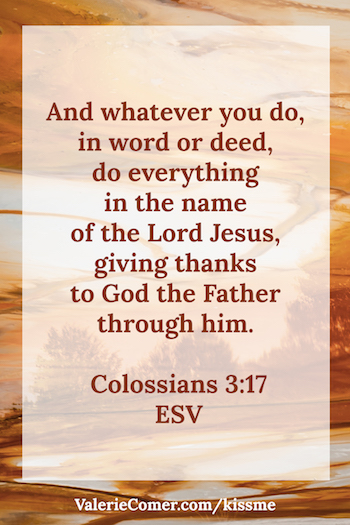 And, yes, Blake was a church-attending Christian. He wasn’t all in with Jesus, either.

This was an interesting situation for me as an author. I’d picked the titles two years ago, so Blake presented the opportunity to contemplate what sort of scenario would lay the foundation for “doing something like you meant it.” What would it take to make a guy like him realize that life and love and the Lord require intentionality?

Colossians 3:17 was one of the verses that formed the theme for this story: “And whatever you do, in word or deed, do everything in the name of the Lord Jesus, giving thanks to God the Father through him.” (ESV)

Another was: “And whatever you do, do it heartily, as to the Lord and not to men, knowing that from the Lord you will receive the reward of the inheritance; for you serve the Lord Christ.” Colossians 3:23-24 (ESV) 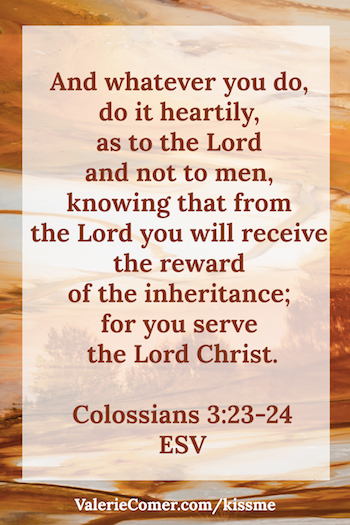 So… why kisses? Besides that this is a romance, of course! You’ll see the setup for that in the very first scene when he sees a woman in the coffee shop lineup. Thinking it’s one of his girlfriends, he sneaks behind her, wraps his arms around her, and kisses her neck.

Dafne Santoro is new to town and preparing for her staff orientation at her first teaching job. She became a single mom at seventeen, and she’s used to taking everything extremely seriously. She and Blake are worlds apart in outlook!

Which only makes an author’s job for entertaining.

Hopefully the readers feel the same.

Kiss Me Like You Mean It, Cowboy is now available on Amazon in ebook and paperback, as well as in Kindle Unlimited. 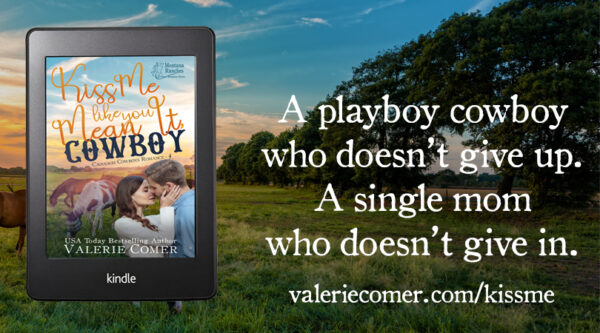