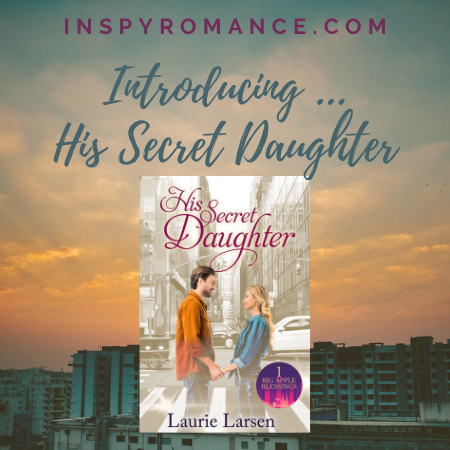 Earlier this week, my new book released!  Not just a new book.  It’s a whole new series.  In Big Apple Blessings, I move away from my trademark South Carolina Lowcountry locale to adventure in the most exciting city in the world — New York City! Three compelling stories, each featuring characters harboring dreams to make it big in The Big Apple. 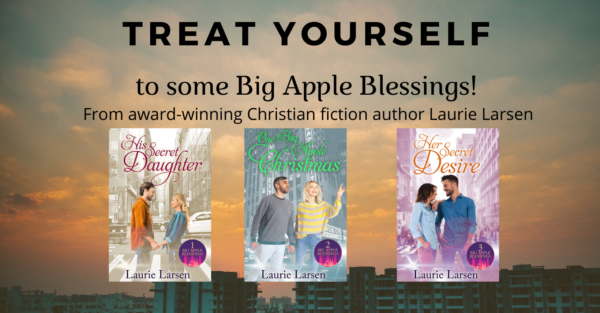 First up is His Secret Daughter.

A compelling tale of ambition, love, faith and changing priorities in the Big Apple.

She had the perfect life all on her own …

Alyssa Stark works hard to make her life’s dreams come true … all on her own.  She built her reputation as New York City’s top advertising executive, client by client.  And when her ill-advised marriage didn’t work out, she knew she had to make her dream of becoming a mother happen by untraditional means.  Now, she and her eight-year-old daughter Caroline are living the dream life in the Big Apple.

Grant Fontaine is the widowed president of his father-in-law’s electronics company. Since the tragic death of his pregnant wife a decade ago, he’s become a high achieving businessman, but a social hermit. Several years ago, his lonely life took on new meaning when he discovered that the donation he’d made to a reproductive clinic long ago had sired a child. Through the services of a discreet private eye unafraid to push legal limits, he identifies his “daughter,” Caroline, and her mother, Alyssa.

Could it be time to reveal his secret?

He satisfies himself with maintaining a watchful eye from a distance, keeping his identity secret until Caroline reaches adulthood.  That is, until Alyssa’s career path transports her into his professional realm. Now, his careful plans are thrown out the window.  His dream of being a part of Caroline’s childhood is so close … the last thing he counts on is falling in love with the girl’s gorgeous mother.

Take a peek at the opening scene: 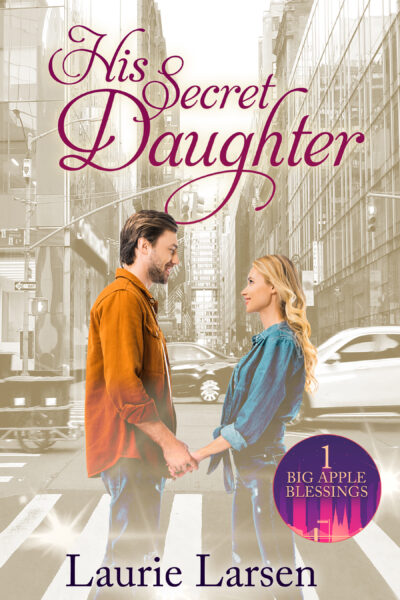 Subway doors whooshed open, an underground dragon expelling a roar and a blast of smoke.  Pointedly ignoring the smell and the surging crowd of strangers, Alyssa Stark climbed the cement stairs onto the street.  She claimed a tiny square of pavement to pause a moment, her breath catching in her throat as frenzied pedestrians swarmed around her.

Her first day in New York City.  All her hard work and sacrifices had paid off.  She had arrived.

Alyssa braced herself against the horde of busy people, determined to blend in.  Nonchalant, going about their business without a thought. On the other hand, how many of her fellow New Yorkers had such exhilaration racing through their veins?  They had no idea that she was standing here, struggling to calm her racing heart, thrilled to be standing right here in this very spot.  She held back a grin.

A warm breeze blew her hair as she made her way to the corner and waited for the light to change.  Honking horns, both distant and near-by, became the playlist of her morning.  She studied the office building across the street where she would make her mark – where she’d prove to everyone just what she was capable of.  A modern steel-and-glass masterpiece, McDunn and Early’s impressive midtown Manhattan offices rose far above its neighboring Madison Avenue high-rises.  How many junior advertising execs plotted their rise up the ladder of hard work and accomplishment while gazing down at this very street corner?

The light turned green and Alyssa stepped off the curb, swept along with the crowd of walkers, while vehicles around them honked and inched threateningly forward.  Reaching the opposite sidewalk, she broke free and strode to the front door.

“May I help you?”  A stern-faced security guard in a blue uniform stood behind a counter to her right.

The guard peered at her over bifocals perched at the end of his nose.  The gruff look morphed into a smile.  “Congratulations, young lady.”  He nodded approvingly before lifting the phone to summon an escort for her.

Do you love the big city?  Which is your favorite city to visit?  Can you feel Alyssa’s sizzle of excitement in this opening?  Does this book sound appealing to you?

Please leave me a comment and I’ll pick a random commenter to receive a free copy of His Secret Daughter, in whatever format you choose (ebook or paperback).  I will select a winner on Tuesday June 21.