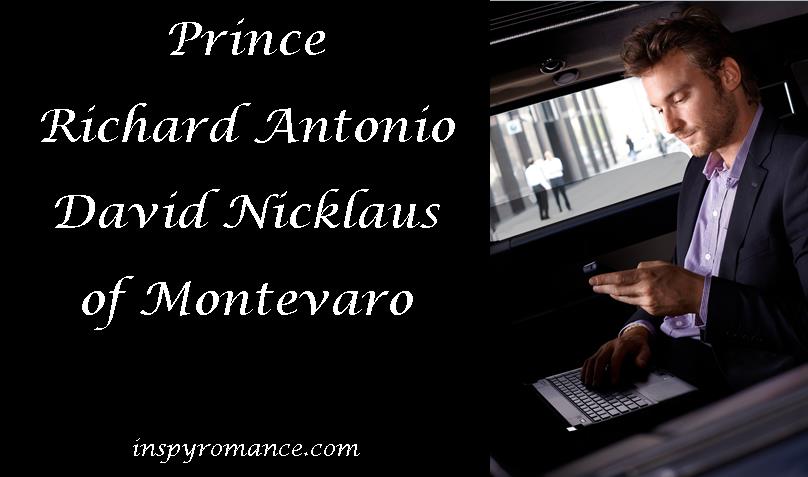 Richard Antonio David Nicklaus of Montevaro was the spare and he liked it that way.

Too bad he was about to get promoted.

And so begins Along Came a Prince, the second book in the Montevaro Monarchy series.

Some of you may have read Good Enough for a Princess, the story of Crown Princess Adeline and blue collar, single dad Charlie Brewer as they learned to trust God – especially when it comes to convincing Parliament that Charlie’s an okay guy.

Now, it’s Rick’s turn to choose between what he loves (traipsing the world in search of the next great adventure) and his duty (formal functions and fundraising for charities and assisting his older sister as she prepares for her wedding – and her coronation). In just a couple months, Adeline would be queen and Rick would officially be the spare.

Before it comes to that, he wants one last hurrah and he heads to one spot he’s never been.

His world is flipped upside down, in more ways than one, before he leaves, and he struggles to come to terms with what is becoming his new normal.

How many of us are like that? How often do we have our lives planned out, only to find God’s got other plans? 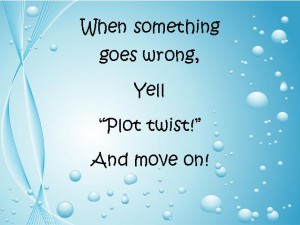 In fact, for many writers I know, the whole writing thing is one giant plot twist. I don’t know that I personally would go quite that far, but the path I’ve taken in the last year certainly has been.

And God knows what he’s doing.

I’m still learning how to trust that God is a “plotter” – that He knows EXACTLY where my story is going long before I get there. As an author, I’m a pantser – I usually know where the story is going, but how we get there? Often a complete surprise.

Rick thinks he knows what his life plan is, but he’s about to find out what is unexpected to him is orchestrated by God for his own good. To help him find his princess and find a way to make his duty work with his passions.

Is there a lot more to it than that?

Of course!!! I can’t give away the whole plot in a few hundred word blog post, can I?! :D

I’m not much like Rick – my idea of roughing it is a hotel with no Wi-Fi (though a phone with an internet connection can work in a pinch).

And while I can’t claim to be a child of an earthy king, I am the daughter of the King nonetheless.

With both, come both rights and responsibilities and incredible privileges. I think most people reading this blog have a pretty good idea what those might before a Child of the One True King*, for a member of an earthly royal family, it might be a bit different.

To find out more about what those are – and how Prince Rick deals with them – check out Along Came a Prince – releasing April 21**!

*Am I the only one who started singing the Matthew West song?
**Which happens to be Queen Elizabeth’s birthday. And my daughter’s ;).

Both Along Came a Prince (releasing 4/21) and

More than a Princess (releasing 4/30)

are available to preorder at a special InspyRomance price through 3/21! 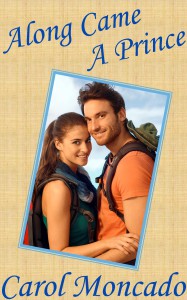 Richard Antonio David Nicklaus is Montevaro’s spare – and he likes it that way. He prefers traipsing through mountains and rafting down rivers to board rooms and state dinners. After one more trip through the Ozark Mountains, he’ll have to head home and help his sister prepare for her wedding and coronation, taking over more official duties because of their father’s ailing health.

Trail guide Ellie Brewer is sick of rich, pretty boys, but she’s assigned one on her last trip before heading to Montevaro to spend time with her aunt, uncle, and cousin, Charlie, before he marries a princess. She admits Rick does okay – until he fails to follow instructions and she ends up injured miles from where they’re supposed to be.

After Rick takes her on a once-in-a-lifetime trip on their way to Europe, Ellie spends her recovery in Montevaro. When Rick takes off for weeks at a time, and is seen dancing with other women, Ellie wonders if she really meant anything to him. Ellie finds herself drawn to another man, but knows he can’t compare to the one she misses. Rick wants to be with Ellie but official duties have him flying around the world and concern for his distant cousin – Queen Christiana of Ravenzario – preoccupies him when he’s home. Somehow, he’ll have to convince Ellie not to regret the day Along Came a Prince.