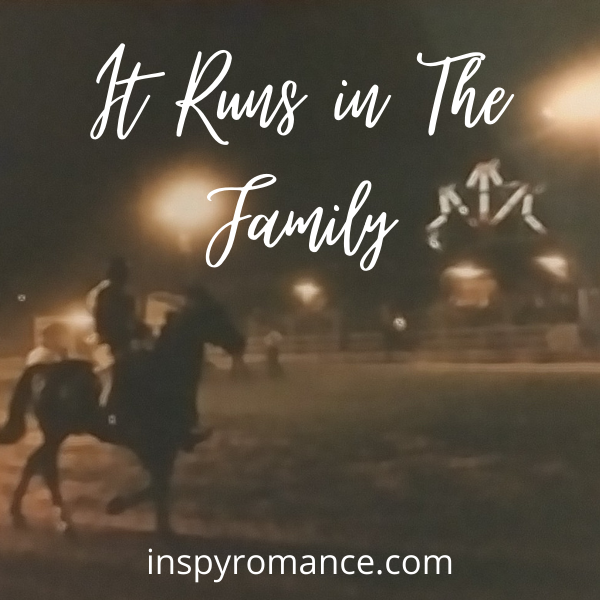 It runs in the family.

I don’t know about you, but I hear that a lot. I’ve said it many times, and it can mean any number of things. Earlier this week, I was doing a Thankful Thursday post and I mentioned how much I’m like my dad. I used the word stubborn, though he prefers to say strong-willed. That isn’t always a good trait to have.

What it brought to mind this week was horses. We’re equine enthusiasts in our family. Not everyone is affected, but it seems to strike one person in each generation.

The header image is a picture of my dad in 1988, riding in the annual horseshow on his best racking horse. This was roughly the same year he taught me to ride. I was five. He tossed me in the saddle, handed me the reins, and told me to go. And go we did. His name was Bo. He was a registered spotted saddle horse, and he was one of the absolute best horses you could ever own.
I could spend days talking about him, but we’ll leave it there for now. 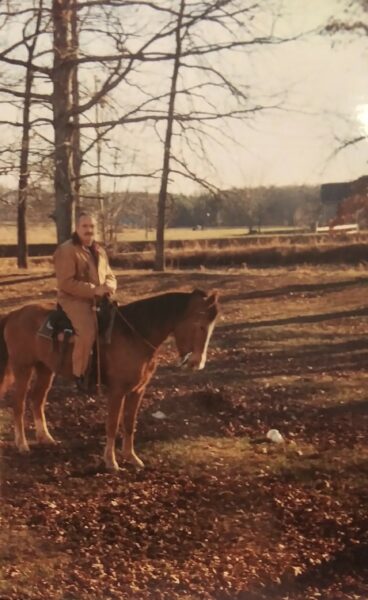 Misty was my horse from the day she was born. Which was roughly August 1997. My dad and I raised and trained her ourselves, and she became a wonderful friend. That mare never met a trail she wouldn’t walk or a creek she wouldn’t cross. She’d even take you swimming if she felt like it, even if there was a perfect trail through the shallows (there’s a whole story there too).

Before that day when Dad tossed me in the saddle, I was obsessed with horses. I spent as much time at the barn as I could. I read every book I could find. I bought my first horse when I was 10, using money I earned from chores and saving my lunch money. Can you guess which horse I “bought”? Yep. I bought Bo from my uncle.

In college, I rode professionally, earning several second and third place ribbons for the school’s Equine team. I spent many weekends trail riding with Misty. We even took Bo so the timid riders could have a good mount. He was in his 20s by that time and as steady as the sunrise. Nothing scared that horse. 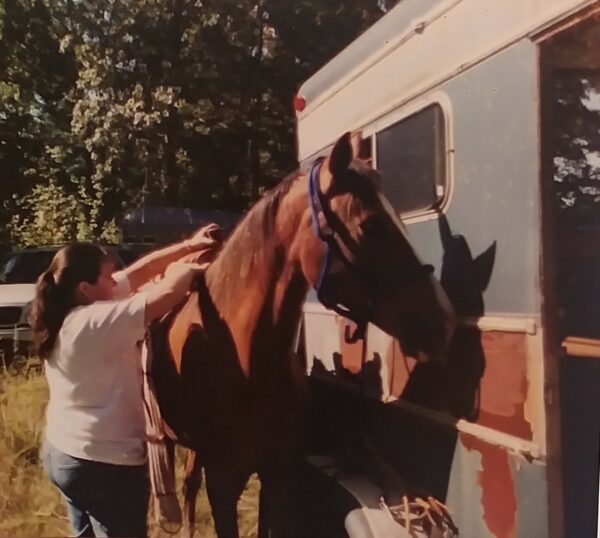 Now, here I am, pushing 40 and teaching my 9-year-old niece how to ride. Neither of my kids inherited the horse bug, but she did, and it got her good.

If you’ve made it this far into the post, you’re likely wondering where I’m headed.

All those years of horse love, riding, and learning influenced my first book series. In the first and third books, horses play a major role in the character arc. Cheyenne and Phoenix are survivors of child abuse. Cheyenne turned to horses for peace and safety. Phoenix flees to an equine therapy camp where horses are used to help reach at-risk kids. (I should also note that this series has a speculative element as a few of the main characters have gifts that allow them to heal pain, visualize lies, and see the past or the future. I know some readers prefer to avoid the speculative aspects.)

Even as I write my fun romances, I tend to meander my way back to the stables. I can’t seem to write more than one book before I have to include a horse. Even if it’s a small part in the story.

What’s your favorite childhood memory? As you can guess, all mine include horses.