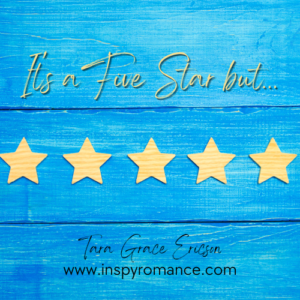 He’s a ten but… he chews with his mouth open.

He’s a ten but… he lives with his mom.

He’s a ten but… but he wears jean shorts.

He’s a ten but… but he doesn’t tip his servers.

Have you seen this trend on social media? They are joking posts about men (real or fictional!) commenting on certain things that may or may not be deal-breakers — basically, on a scale of 1 to 10, he’s a 10.

Except is he really??

To me, it’s a funny reminder that no one is perfect (except Jesus!) and also an interesting exercise in hypotheticals. Of the above examples I listed… the one I would struggle most with is a man who doesn’t tip at a restaurant. I know globally, it is different, but here in the US — servers rely on tips and it be a red flag for me to have a man refuse to tip!

I got to thinking about my blog this week and I wanted to twist this little social media game on it’s head and talk about books!

It’s a five star read but… there were a few typos.

It’s a five star read but… I didn’t relate to the main character.

It’s a five star read but… it was too preachy.

It’s a five star read but…

You see where I’m going with this! Sometimes, we will still call it five stars. Which in my mind means, this little side note didn’t impact my overall enjoyment of the book and I still recommend it to others.

Sometimes though… that little extra comment means that for me, it really wasn’t five stars. Kind of like my fictional non-tipping date. He’s not a 10 afterall. 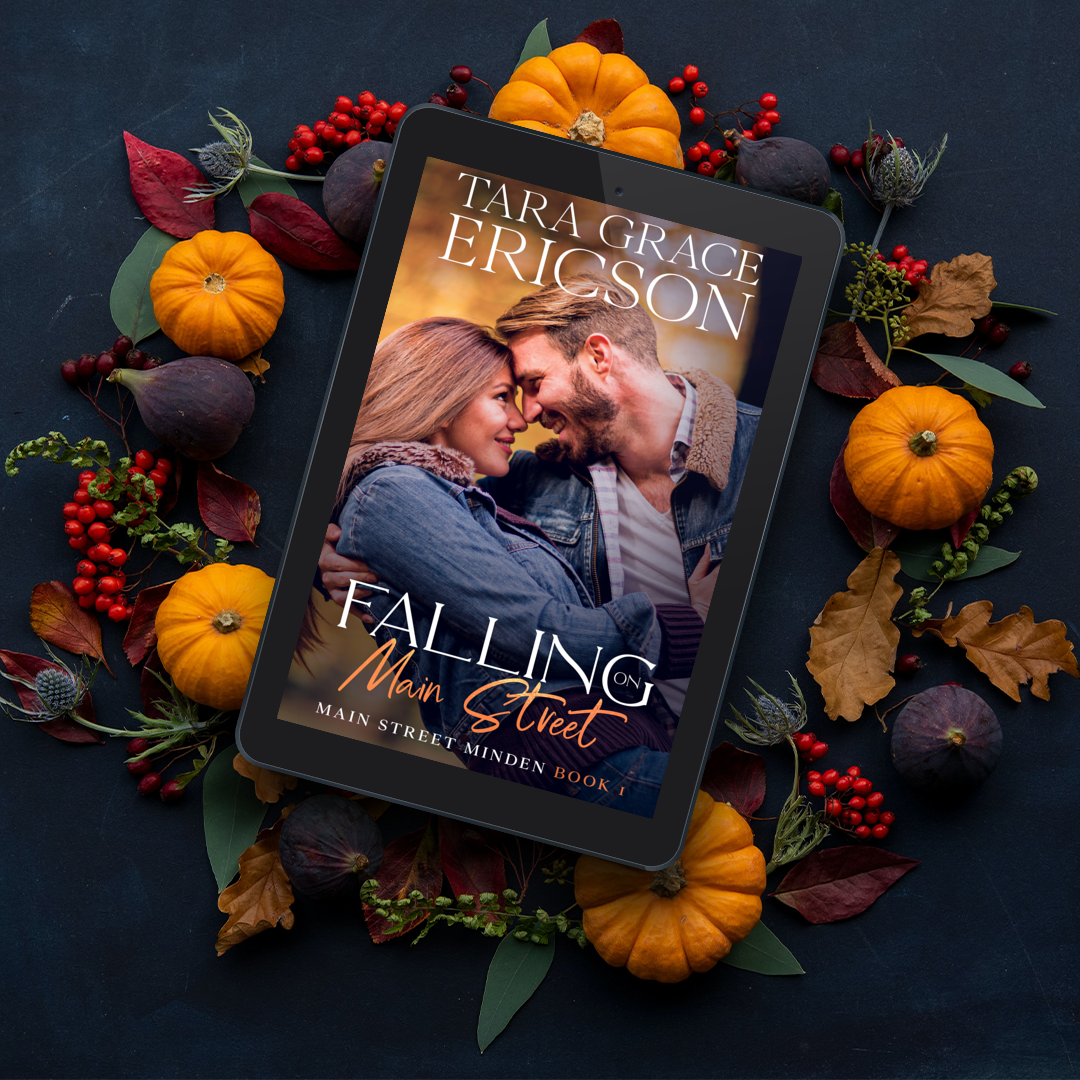 This week, I have a gift for you all! My debut novel — Falling on Main Street — is FREE until September 25th.

I have a lot of “It’s a five star read but…” feelings about this book.

Even after all these years and more than fifteen novels later, I love the story in this book. It’s centered around a woman whose life falls apart taking refuge in a small town and discovering the love of a Savior that pursues her soul, all while falling in love with a grumpy widower who wants nothing more than for her to leave town. Hate-to-love is still one of my favorite storylines!

I love the cozy autumn vibes in the story — the small town festival, the fall activities and crunchy leaves.

But… it was my very first book. And there were a few more typos (which I’ve since corrected!), a little less flow, a little heavy-handed gospel message, and a lot of writerly mistakes most readers probably wouldn’t notice.

So, I think it’s a five star read, but… I’d love for you to read it and decide for yourself if it really is!

What little side note would you put on a five-star read that might make it a four instead, or might just be a little disclaimer for the person you’re recommending it to? Share your “It’s a five-star read, but…” in the comments!

I’ll give one commenter a free copy of the entire Main Street Minden Series, which this book leads into.