Ever since I can remember, my daddy wore a mustache—from way before me or my siblings were born, until the day he died. It suited him. I think he looked rather dashing—can’t blame my mom for falling for him. 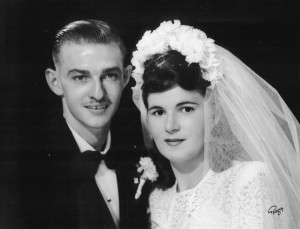 This time of the year has men sporting styles they normally don’t … on their dials. Yes, it’s Movember, the month of the mustache (or moustache if you’re British, Australian, or South African, like me).

While researching for this blog, I come across some interesting buzz about facial fuzz, thankfully most not currently seen on my colleagues, or my husband. I’ve listed and described them below, but I have to confess, only one (or two) tickle my fancy. I now see there’s good reason why I write contemporary romance, not historical. Of course, we all have our own personal tastes regarding the mustache, the beard, sideburns, or clean shaven faces. One woman’s nightmare, is another’s dream. 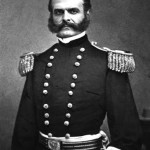 Wily Whiskers: Think sideburns on steroids. Named after Civil War general Ambrose Burnside, his sideburns—or burnsides as they were first called—were so long, they connected to his mustache. Imagine this hero brushing his cheek against the heroine’s? Not my cup of tea. Maybe yours?

Muttonchops: No, they’re nothing you can eat. They don’t even look good enough to eat. This facial hairstyle resembles cutlets of mutton—full sideburns extending down the jaw to the corners of the mouth, and not connected by chin hair or a mustache. Muttonchops can grow outward, or trimmed close to the face, and are often wider at the ends than where they start at the ears. The style of Pride and Prejudice-type heroes, and some of Hugh Jackman’s roles (although I do prefer him in the last facial style mentioned on this blog). 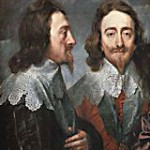 Fu Manchu: This Chinese-style mustache, drooping to the end of the chin and beyond, belongs where it came from—China, or the 1920/30 crime novels of Sax Rohmer.

Goatees: There are goatees, and there are goatees. Brad Pitt wears a short goatee well, but the goatee that has this long tuft of hair growing on human chins from just below the bottom lip…well, that one definitely belongs on the animal from whence it was named.

Handlebar mustache: Famous wearers of this style with its long curved ends that resemble a bicycle handlebar, include artist Salvador Dali and Belgian detective, Hercule Poirot. When I was at Dallas airport in September this year, I saw the fanciest, largest handlebar I’ve ever seen. But then, they do say that everything is bigger in Texas. Standing in the check-in line, I tried to imagine the young man sporting this monstrosity as a romance hero. Although he was interesting, I just couldn’t. But I did wish I had a free hand and the gumption to take a photograph, he was that intriguing.

Chinstrap beard: Abraham Lincoln’s signature look is exactly as its name suggests—full sideburns, beard, no mustache. NO mustache? Still not my style for a romance hero.

Horseshoe mustache: Some men may think this Hulk Hogan mustache that extends in two thick vertical lines to the chin (sometimes with a goatee thrown in the middle), is lucky, but I doubt a hero looking like that would be lucky enough to land in one of my stories (perhaps luck is on their side, after all?) 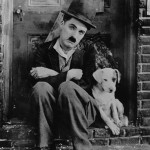 Toothbrush mustache: Charlie Chaplin, Adolf Hitler … they loved this one. This mustache looks like it’s been drawn onto their faces. It hasn’t really been a popular choice with the men. I wonder why.

Pencil mustache: The choice of movie stars like Errol Flynn and Clark Gable, this ultra-thin mustache requires impeccable upkeep. I like this one—probably because it reminds me of my Dad. 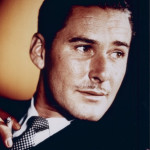 Of course, forget the upkeep on this one, and you’d have the likes of Omar Sharif and Tom Selleck, which are totally acceptable, too.

I’ve left the best for last, and for me, the only choice (unless of course you like clean-shaven heroes, which do just fine by me, too).

The five o’clock shadow (or designer stubble): Late afternoon stubble, if the hero shaved that morning, or a very short beard. I love this rugged Indiana Jones look made popular in the 1980’s with a comeback in the early 2000’s. 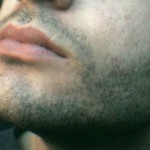 While I thought I ALWAYS wrote heroes with five o’clock shadows, it’s come as quite a surprise to me to discover that of my four published books, three of the heroes were clean shaven. My current hero, however, certainly sports this facial shadow, as does the hero of my third Passport to Romance—Glasgow Grace—which releases in 2016.

It’s Movember, so let’s chat about fuzz. What kind of fuzz gets your toes curling in delight? Or does all that facial fluff turn your stomach? What’s your hero’s style?