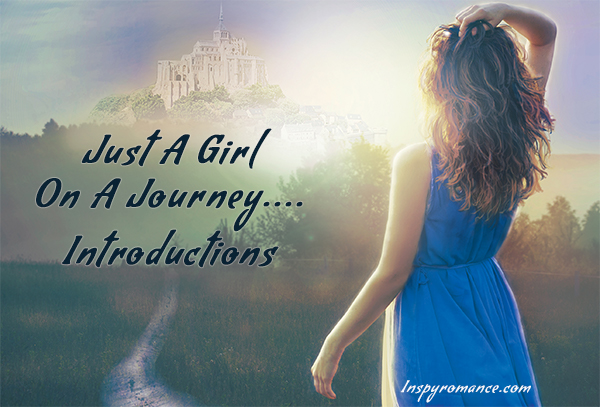 I’m thrilled to have been invited to write for the Inspy Romance blog and am eager to get to know you all. This is my first post, so I thought I’d tell you a little about myself.

My name is Jackie Castle and I see my life as a journey full of twists and turns and every so often, a few missteps, but all directed by the Lord that I serve. Each step I take I cling to the promise that He is good and has good plans for me. No matter what kind of terrain or weather I’m traveling along, I’m going to be okay, so long as I’m following after Him.

I’ve known since I penned my very first story when I was in the 6th grade that I wanted to be a writer. My first and only mystery had chapters and a few illustrations, and it was really thick for a 12 year-old. I was a big Hardy Boys fan at the time.

My teacher read the story and liked it so much, she shared it with the whole class during our daily reading times. What staggered me was that my classmates enjoyed it, too, and when she’d finish a chapter, they always act like they wanted more. It was then that I knew… I just knew what I wanted to do with my life, even before Mrs. Graham said she expected to see my books in stores sometime in the next 20 years.

Well, it’s been more than twenty, but I never lost sight of my life’s dream goal.

I’ve been a member of several writer’s groups from the time I was old enough to start joining them. Seriously, the first one I attended, one of the members said they should check my ID to make sure I was 18. (I was, but just barely.) I was young and eager to tell all the stories clunking around in my head, but my path kept taking me in other directions. During my later twenties and thirties, writing took a backseat while I was raising my kids. Then I had an opportunity to attend college and did that. About the time I was almost thinking I might never be a writer, the Lord turned me down another corner and all those stories I’d written and tucked away had a chance to come out and be set free. And here I am, a full time writer who has lived a lot of days and seen a bunch of things and now has things to really write about.

About the time I was almost thinking I might never be a writer, the Lord turned me down another corner

You might be wondering what I write. Yes, I do write Romance (since I’m here, that’s probably a given) 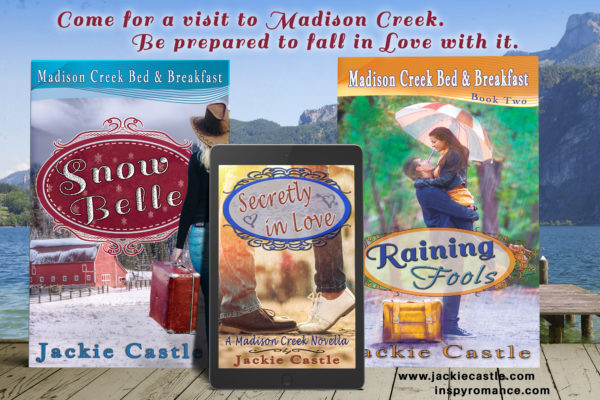 But I also have a fantasy series that I’m finishing up this year. However, my writing journey has taken yet another turn I’ve focused my sights on the romance genre. I’m having a blast writing the Madison Creek Bed & Breakfast series which starts with Snow Belle, then a novella titled: Secretly In Love, followed by Raining Fools. I’m currently working on the third novel called, Sun Flowers that should be out this summer. And then there will be another novella released for Christmas, but I’ll have to tell you the title later.

Secretly In Love is free, and available on all reading devices. Click here for links to your favorite distributor and enjoy a complementary book, on me.

I’m pleased to be here. What a privilege being included with some wonderful romance writers, many whom I’m a huge fan of.

Blessings and Peace to you.