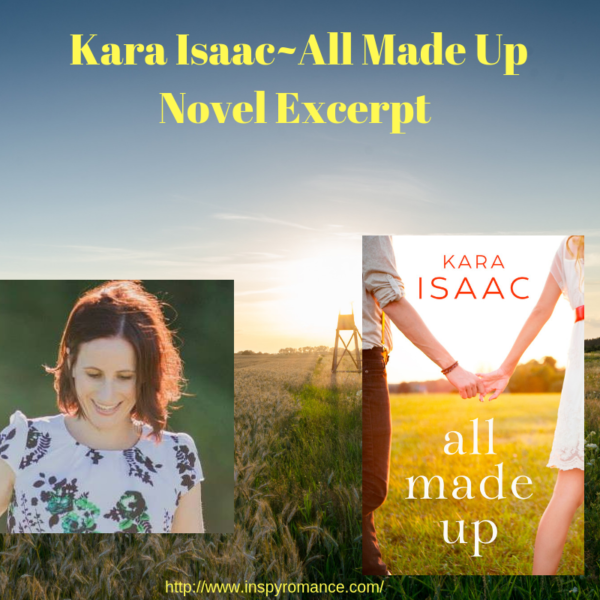 I’m excited to welcome Kara Isaac back to Inspy Romance today! I just finished her new novel All Made Up, and I absolutely loved it! Kara has that unique ability to make you laugh and cry and feel great about both. She’s graciously provided an excerpt of this new release!

Reality TV. A misnomer if there ever was one. Katriona McLeod studied the sheet of paper the production assistant had just delivered to her dressing room. On it were the names and pictures of five women who were to be given extra attention in her makeup chair.

Mandy. Olivia. Lindsey. Jennifer. Adeline. They all smiled at her with big eyes, perfect teeth, and blow-waved hair. The same promo pictures would be going up on the TV studio’s website just before the show aired, along with the pictures of nineteen other women who had no idea they’d been cut before they’d stepped a stiletto-clad foot out of the limo.

Kat folded the paper and shoved it into the front pocket of her black apron. The first set of women would be arriving any minute to be primped into camera-worthy perfection. No doubt frothing with excitement at being liberated from whatever Sydney hotel they’d been secluded in for the last couple of days. Might as well enjoy the last few moments of p—

BANG. The dressing room door flew open with such force it smashed into the wall. Kat stumbled back, her hand landing in the palette tray she’d just laid out with different shades of liquid foundation. Cold cream spread across her palm and oozed through her fingers. Great.

“Good, you’re here. I need a favor.” Vince Oliver, executive producer and the only reason she was working on this ridiculous show, slammed the door behind him like he was been chased by a mob of angry kangaroos.

“The answer is no.” She grabbed a wet wipe and cleaned four hues of foundation off her hand and wrist.

“I haven’t even told you what it is.” Vince grabbed a bottle of water out of the small fridge in the corner of the room and twisted off the cap. He took a few gulps before collapsing into one of the black directors’ chairs lined up in front of the row of mirrors.

“I don’t need to hear it to know my answer.” Working on this crazy show for a third of what she usually made settled her debt to him. Not that he’d ever so much as hinted he saw things that way, but Kat knew this world. One where every favor was tallied and would be called in. Always.

The long hand of the cheap plastic clock on the wall clicked onto the eleven. Five minutes until she and her two assistants were scheduled to start the long process of turning twenty-four wannabe reality TV stars into the best-looking versions of themselves. She didn’t have time for whatever Vince wanted.

He scrunched the now-empty bottle in his hand and threw it into the trash can. “I need you to stand in as one of the bachelorettes. Just for tonight.”

“Are you drunk?” Kat studied him for the familiar signs but came up empty. His eyes were clear, his hands steady. Not drunk. Just crazy.

Vince ran a hand through his receding hairline. “I wish I were. Six of them have gone down with some kind of gastro bug. They’re not in any state to be scraped off their bathroom floors, let alone squeezed into a gown and paraded in front of a bunch of bright lights and cameras.”

They’d probably finally realized what they’d gotten themselves into and dined on raw chicken. That’s what she would have done.

“We can make it work with twenty-two contestants, but no fewer. I’ve already got three of the staff subbing. I need one more. All you have to do is walk out of the limo and say hi. Then, at the end of the night, he’ll eliminate the four of you and it’ll be like you were never there.”

Only a guy could say that. How many of his friends watched Falling for the Farmer? Vince could probably count them on one hand.

Kat finished cleaning her hand and dropped the wipe into her trash pile. “I work behind the cameras, Vince. Not in front of them. Not even as a space filler or blonde number six. Not even for you. Surely you could call someone from your final round of audition cuts who lives in Sydney.”

Vince stood and paced across the small space, his beer belly leading the way. “There’s no time. We start filming in eight hours. I’m beginning to think this show is jinxed.”

She couldn’t blame him. The show was forced to replace the leading man after the first one realized he was in love with some girl he’d known since he was three. Which was very sweet and all but not exactly great timing when a studio has spent thousands plastering your looking-for-love face on billboards and bus shelters all over the country. As a result, the replacement had been kept so tightly under wraps only a few select senior staff knew who he was.

Kat picked up the palette tray and started cleaning off the smeared foundation with a cloth. “I’m sure someone else on the crew will do it. There are enough interns and assistants running around. Any of them would love to do you a favor.”

Vince’s gaze shifted, bouncing around the room, looking anywhere but at her. “None of them have the right … ah … look.”

Kat stared at him. “What does it matter if they’re just needed for a few seconds of camera fodder?”

“Look, we both know social media can be unkind. I don’t want to take any chances.”

It didn’t take a rocket scientist to work out what he meant. With her blonde all-American/Australian appearance, she looked like the kind of girl who might aspire to find her husband on a TV show. She’d heard similar before. Her looks had both hindered and helped her entire life.

But she’d thought that after their years of friendship, Vince of all people, was beyond that.

Vince pinched the bridge of his nose. “Kat, I have never asked you for anything until this show. It has to be a success. My career depends on it.” He didn’t say the words, but he didn’t need to. She owed him her success—up to and including the gold statue that lived in her closet. Until farmer guy and one of the chosen five rode into the sunset, she was indebted to him. Had been for the last ten years. And he was officially calling it in.

She sagged against the counter. “I don’t have a dress.” Forget the dress. Her mother watched the show. She’d have to avoid her for months if she did this.

Vince grinned. He had her. “We have plenty in costuming.”

McLeods paid their debts. Always. Her father had drilled that into her since before she could talk. “One night, Vince. Thirty seconds of camera time. That’s it.”

His hand was already on the doorknob. “You have my word. We’ll even put you in the last limo, so you can doll yourself up and change after you’ve finished with the others.”

Kat looked down at her crew T-shirt emblazoned with Falling for the Farmer.Her stomach twisted. She’d already made that exact mistake once in her life. Almost a decade later she still hadn’t recovered. 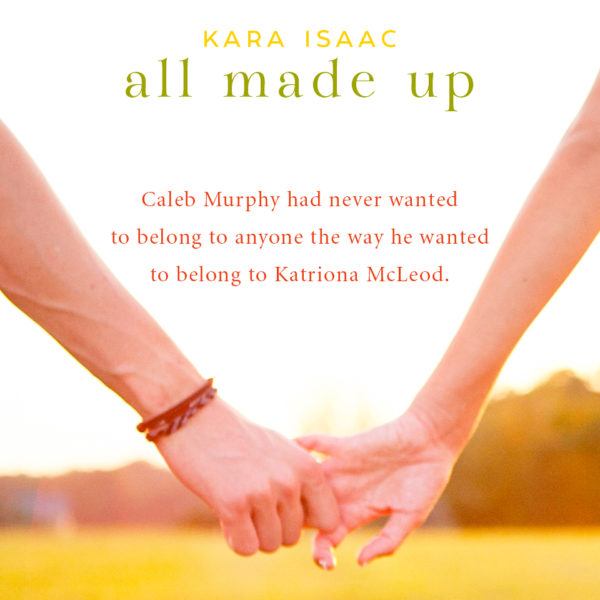 Oh, and Caleb Murphy is such a dreamy hero-bachelor! You’re going to love the fireworks when Kat and Caleb hit the stage together! Here’s the back cover blurb!

Everyone thinks Katriona McLeod is living the dream. Her professional career as a make up artist sees her traveling the world working with the stars and she’s got no shortage of men wanting her affection. Only problem is she’s never gotten over Caleb Murphy, the one guy she’s ever loved. When she accepts a job on the latest looking-for-love reality TV show, Falling for the Farmer, she discovers to her horror that Caleb is the leading man and she’s cast as one of his harem. But she hides a secret that means that even if she wanted a second chance with the guy who broke her heart she could never have it.

Caleb Murphy couldn’t care less about C-Class celebrity fame or reality TV and he certainly doesn’t believe it could lead him to love. The one thing he does care about is fulfilling his mother’s last wish. Kat’s presence on the show seems to offer up a solution that will make both the network and his mother happy. It might have been almost ten years since they split but he knows he can trust her with his plan. Just as long as he doesn’t fall in love all over again with the woman who will never stay.

Kara Isaac writes contemporary romance in beautiful Wellington, New Zealand. She is the RITA award-winning author of Then there Was You, as well as the author of Close to You, a RITA Award Double Finalist, and Can’t Help Falling, an RT Review Top Pick. When she’s not chasing three small people, she spends her time writing horribly bad first drafts and wishing you could get Double Stuf Oreos in New Zealand. She loves to connect with readers on her websitewww.karaisaac.com, on Facebook at Kara Isaac – Author, Instagram @kara.isaac.author and Twitter @KaraIsaac

Get your copy of  All Made Up – Out now!

Kara, thanks for sharing with us today!

Readers, All Made Up revolves around a fictional TV show “Falling for the Farmer”, so it’s confession time. Do you have a favorite reality TV show?

Kara is graciously offering a yummy New Zealand chocolate bar to one person who comments by 10-22-18! (Void where prohibited.) 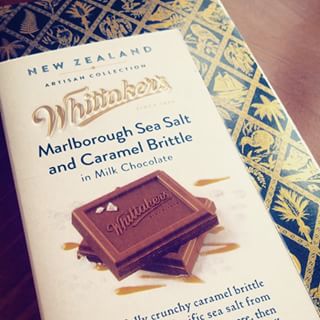