It looks like winter has most of the northern U.S. and Canada in a tight, snowy grip with all kinds of the frozen stuff falling and crusting up everything and everyone. I have refrained (aside from teasing my sister by posting a photo of the dandelions in my Texas backyard) from talking much about our somewhat mild Texas winter (so far). I can tell people’s patience is beginning to wear thin over winter.

Did you read about the police department in Kentucky that put out a warrant for Elsa’s arrest? People are getting a bit tired of being “Frozen.” 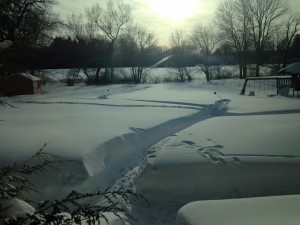 I’ve watched my family and friends share pictures from up north. My brother-in-law used the snow blower to carve out a snow maze more than three feet deep in the backyard. My sister’s mailbox was the only thing that could be seen from the street, other than the top of their garage. My other brother-in-law in law doesn’t think the family will be able to see their underground pool (now under five feet of snow right now) until May, at least. He was sick, so my youngest sister got outside and shoveled their steps so they could get out the door. 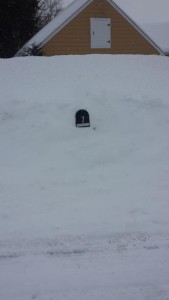 Whenever things shut down for a while because of the weather, it’s fun to “board up” and stay home, as my husband puts it. We drag out the games we haven’t played in a while. Recipes for soups and stews are pinned and shared from many a Pinterest account.

Sometimes it’s nice to be forced to slow down and stay in. Have you read any good books lately while having to stay home because of the weather? Or has cabin fever set in and you’re ready to hop a plane to somewhere with palm trees?

It’s chilly here in Texas (I’m not asking for any sympathy), so I’ve made a nice slow-cooker tamale pie and we’re going to dig into that for supper.

My thoughts turn to Pinecraft, in the city of Sarasota, Florida, the setting of my current book series, Seasons in Pinecraft. At this time of the year when winter’s bite is coldest, it’s hard not to. What’s not to love about a place full of sunshine and sand, palm trees and pies? I haven’t been able to visit in two years, and I miss it.

Yes, pies! During the winter, the Amish-Mennonite village of Pinecraft holds an annual pie contest with the sponsorship of a local bank. Anyone can enter, and the competition is stiff. If you’d like to see photos of this year’s contest by resident photographer Katie Troyer, check them out here. 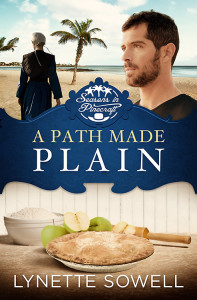 While you’re languishing in the cold, wherever you are, I also hope you’ll stop by my Goodreads giveaway of A Path Made Plain. There’s still time to enter but not long, and I’m giving away two copies!

Stay warm, my friends. And keep a good book handy.

About A Path Made Plain:

Betsy Yoder lives with her great aunt in Sarasota’s Pinecraft neighborhood, far from her family in Ohio. Heartbroken by a man who left her—and the Order—to marry someone else, Betsy instead pours her time and energy into her bakery, offering the village of Pinecraft delicious desserts from her Amish heritage, and is content in her hard-working yet peaceful life.

Enter the formerly Amish Thaddeus Zook, a pastry chef who has moved to Pinecraft after working in restaurants among the Englisch. While Betsy nurses a hesitant heart, Thaddeus shows a similar hesitancy about rejoining an Amish community. Though neither can deny the attraction between them, Thaddeus is hiding a past that could threaten their future together. Betsy has lost one love already; dare she risk loving another who has adopt Englisch ways? Or will Thad listen to the call of the open road and move on again . . . without the love of his life?