What’s the best #kissingadvice you ever received?

Holden is in the hospital, and he’s finally hungry for real food again. To celebrate, his nurse ordered him a bacon-rich meal from the cafeteria. You may wonder what bacon has to do with kissing, but… Well, you’ll just have to read it for yourself.

The fragrance of salted paradise on a plate reached Holden ahead of the voice. 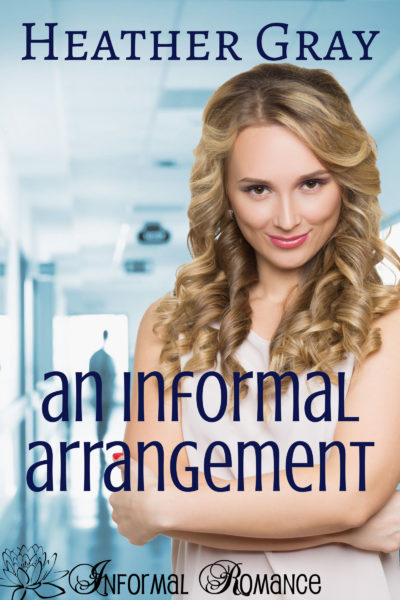 “I don’t know what you did to warrant such treatment, but whatever it was, I hope some of it rubs off on me.” An older gentleman stood in the doorway holding a breakfast tray.

Hunger gnawed at Holden, and he smiled. Weeks had passed since his appetite had last visited. He welcomed it back like an old friend. “You might just be holding the best smelling thing in this hospital.”

The gentleman laughed softly and stepped over the threshold. “Tell my wife. I arrive home from work, and she takes one sniff before waving me off to go change my clothes. Says she won’t allow the smell of overcooked broccoli and antiseptic at her dinner table. Can’t say I blame her.”

Holden picked up his fork in expectation but set it down again before taking a bite. Starving, yes. Callous enough to forget the God who’d seen him through thus far? He hoped not. With one eye still on the utensil, he asked, “How long have you been married?”

“Fran and me? We’ll be celebrating forty-five years next month. She’s the kind of gal a man can’t wait to get home to.”

A new type of pang took root in Holden’s gut. Surely he couldn’t be jealous of the man delivering his hospital meal. “Forty-five years. Wow. What’s your secret?”

Right before he stepped back out the door to head on to his next delivery, the gentleman answered, “Kiss her like you mean it at least once every day.” 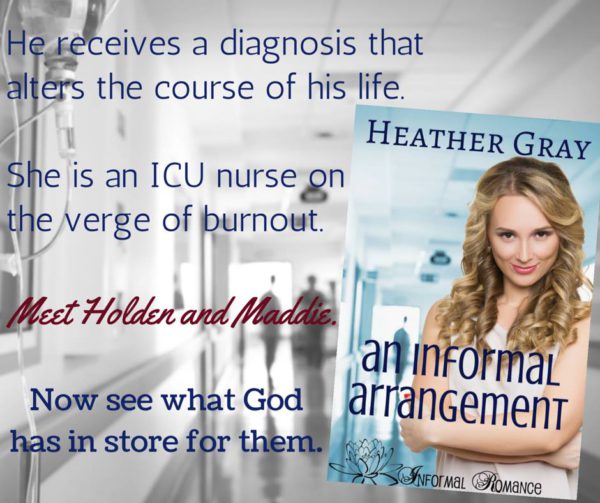 Kissing? Holden could imagine his mom’s horrified reaction. But then, her advice centered on landing him a wife. He wanted to find the woman God had for him and settle down. It still irked, though, when his family treated him as if he were incapable of convincing a woman to marry him. Hence all their outdated but well-intentioned counsel.

Holden and Maddie don’t make it to their first kiss until much later in the book, and I don’t want to spoil the story for you by giving away that particular scene. So if you want to find out whether or not Holden puts the kissing advice to good use, you can purchase An Informal Arrangement here or you can enter the giveaway below.

GIVEAWAY:  Enter to win a complimentary e-book copy of An Informal Arrangement.  To enter, comment below with the best kissing advice you’ve ever given, received, overheard, or borrowed.

Comments are always welcome, but the giveaway will close at midnight on the night of July 1st.  The winner will be announced in the July 3rd Sunday Edition right here on the blog.