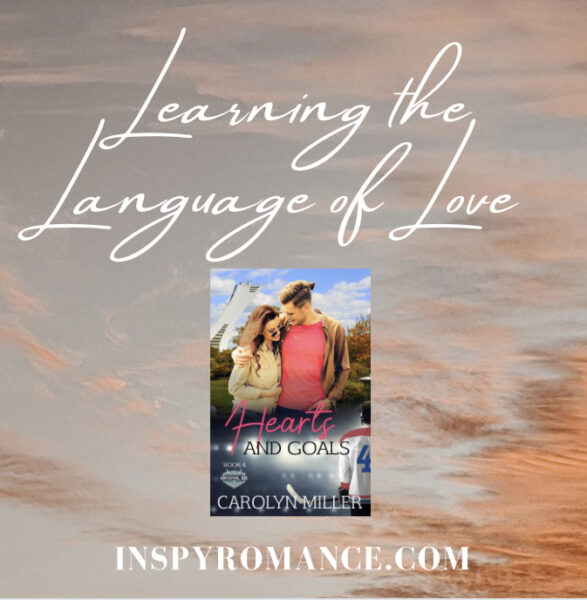 For my upcoming release, Hearts and Goals, (oh look, it’s out tomorrow!) I had a lot of fun with the Montreal setting, a city I visited a number of years ago with my husband. As Aussies, we loved the historic downtown and French vibe, and especially the botanic gardens (my husband is a horticulturalist, so plants are his thing).

Le Jardin botanique de Montréal proved to be one of my highlights of our entire trip, which is high praise considering the other exciting things we got to do, such as this long-time Anne fan seeing Prince Edward Island. Montreal’s botanic gardens include an arboretum and a series of themed gardens, including Native American, medicine, and Chinese gardens, and the beautiful, peace-filled Jardin japonais, my favorite Japanese garden I’ve seen, and which features on the cover of Hearts and Goals. 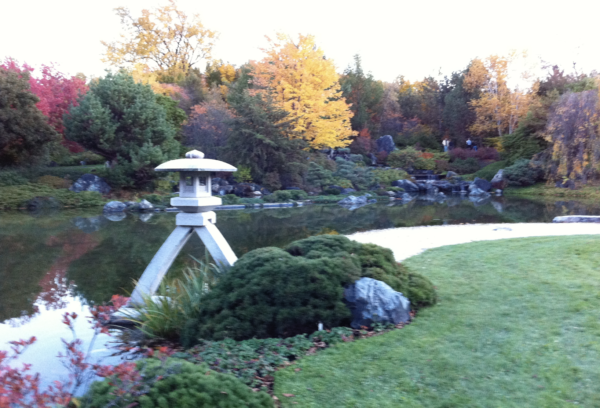 I used this as part of the setting for Hearts and Goals with a (fictional) employee of the gardens, a young widow called Maggie Joly, whose role involves both garden and social media work that ultimately leads her to an unnerving encounter with Montreal’s new hockey goalie, southerner Beau Nash.

Because Maggie is from Quebec this meant I had to use a little bit of French, but I soon discovered Quebecois French isn’t exactly the same as the French one might learn in school. Canadian French tends to be a little more Anglicised, incorporating English words and phrasing, as well as words derived from First Nations languages. But as it’s derived from 17th century French, it also means some pronunciation and vocabulary can sound archaic – which all gets rather confusing for an Aussie author! Thank goodness for helpful reader friends in Quebec who were able to help out this hapless author and steer the language in the right direction. (And hey, if it’s not what you might expect, let’s put it down to regional differences, okay?)

But the really fun part of this was having my hero, Beau, try to learn the language, especially as he tries to impress Maggie, which led to some hilarious exchanges along the way. Of course, the hero trying to speak the language of love leads to some rather romantic encounters too.

“I really like you,” he murmured close to her ear, where a tendril of her hair had escaped. “Ma belle Maggie.”

“Je t’aime bien aussi, mon bel Beau,” she murmured, her eyes dark as she gazed up at him.

Okay, so he was still learning this French stuff, but that sounded awfully close to the I love yous he’d heard sung in many a café. “What did you just say?” he whispered, his feet stumbling to a pause.

Maggie’s eyes still held a mischievous twinkle. “You want to know the difference between je t’aime bien and je t’aime?”

“Some may disagree, but I’ve always understood je t’aime bien to mean I like you well enough.”

“Whereas je t’aime,” she said, inching closer, her heels meaning her face was in perfect kissing range of his, “means something more.”

Whew! Excuse me while I go get a fan.

Beau is in for some fun with this one, and I hope you enjoy this single-mom Cinderella-type story too.

Here’s a little more about Hearts and Goals:

He’s a goalie with a big heart, while she’s afraid to trust again. Can he learn the language of love to win her heart?

After a series of tragedies, Maggie Joly’s dreams have been confined to her work at Montreal’s botanic gardens and caring for her little boy. Besides, wishing for more would simply be selfish, especially when she’s already loved well. But when a surprising workplace encounter sees her in the arms of a handsome sweet-talking stranger, she’s soon forced to reassess whether romance might still be in her future after all.

Working in this fairytale-like city is a dream come true for Beau Nash, Montreal’s new goalie. And while he’s excited to explore all his new city offers, he hadn’t counted on meeting a striking brunette with heart-melting eyes, or so quickly bonding with her and her son, even thought Maggie’s faith is a little tenuous, and shadows from the past mean she might never really be ready to love again.

An incident at the Gardens forces Beau to choose between his dream job and the woman of his dreams, while an accident on the ice invites Maggie’s deepest fears. Perhaps a Pumpkin Ball might help convince them to believe in happily-ever-afters once again.

Hearts and Goals is the fourth book in the Original Six, a sweet and swoony, slightly sporty, Christian contemporary romance series.

Let’s chat! Have you been to Montreal? Do you speak another language?  Have you ever moved countries and had to learn a new language? Is there a language you’d like to learn? Do you enjoy foreign films?  Viens. discutons-en!