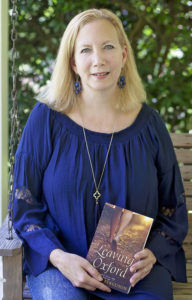 I’m Janet W. Ferguson, a Christian author with real life issues. I have anxiety. I’m a prodigal. My family is not perfect. My life is messy sometimes. Okay, a lot of times. The struggle is real.

But despite all this, I cling to hope…

Hope and faith that Christ’s sacrifice is strong enough to cover all my mess ups.

Hebrews 10:10 And by that will, we have been made holy through the sacrifice of the body of Jesus Christ once for all.

Hope and trust that God’s promises are true—He will wipe my tears, and death is not final.

Revelation 21:4 He will wipe every tear from their eyes. There will be no more death or mourning or crying or pain, for the old order of things has passed away.

Some busy days, the hope is in the back of my mind, but other days, I must make a white-knuckled grasp of that hope to keep my emotions from dragging me into that spiral of anxiety.

Hebrews 10: 23 Let us hold unswervingly to the hope we profess, for he who promised is faithful.

So I write characters with messy, realistic lives, like me and the people I know. But I give them a happy ending…because I believe we all need that hope.

The first book in my Southern Hearts Series is Leaving Oxford. 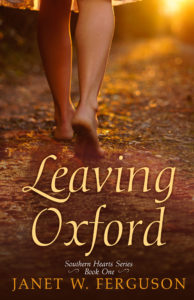 I’ll be giving away one EBook copy of Leaving Oxford to one person who comments by January 27, 2017.