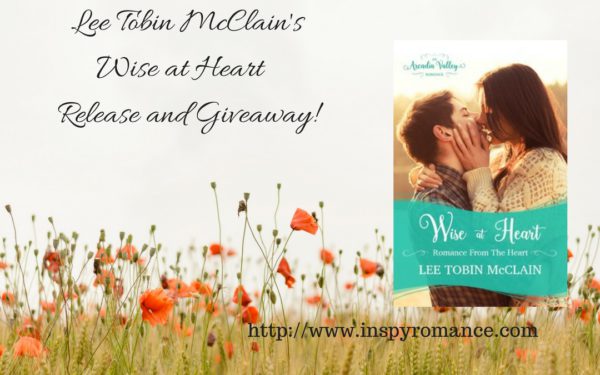 I recently met a few of my fellow Inspy Romance bloggers in person, and was excited to meet Lee Tobin McClain! 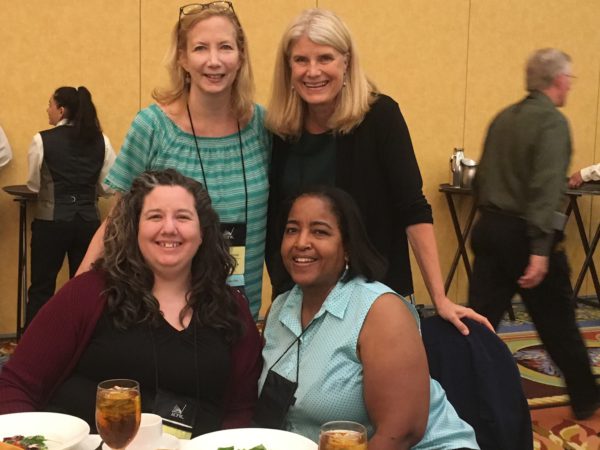 I heard she had a new book coming out today and had to know more! Tell us about it!

That’s right! Wise at Heart is part of the Arcadia Valley Romance series. My four novels feature members of the Quintana family, all linked to the family’s Mexican restaurant, El Corazon.

You’ve said that Daniel Quintana is a different kind of hero for you. Tell us a little bit about him.

Daniel is the brother who doesn’t quite fit in with the lively Quintana brothers. See,  Alex Quintana (Sheltered Hearts) is a former Major League Baseball player, and Javier Quintana (Secrets of the Heart) is the dominant older brother who runs El Corazon, the Quintanas’ family restaurant. Daniel is quiet and studious, a chiropractor, a widower, and the single dad of twins. Throughout Wise at Heart, Daniel comes out of his shell, takes his place in the Quintana family, and of course, finds passionate love!

I can’t wait to hear about the heroine!

Tabitha Moore knew Daniel while growing up in Arcadia Valley. But while Daniel came from a strong, happy family, Tabitha’s family experienced a tragedy that left most of them coping in unhealthy ways: her parents divorced, her brother turned to alcohol, and her sister took up with a series of less-than-admirable boyfriends. Tabitha, with her strong faith, became a missionary and has avoided relationships entirely. But when Daniel’s twins need a summer nanny, the two are thrown together… and the sparks begin to fly.

You like to write about secrets. Is there a secret at the center of Wise at Heart?

Yes. Tabitha knows something about Daniel’s wife that would devastate him if he discovered it. And he won’t, right? Tabitha’s been sworn to secrecy. But when their feelings for each other start to blossom, the secret becomes harder to keep. I can’t tell you any more for fear of spoiling the story! 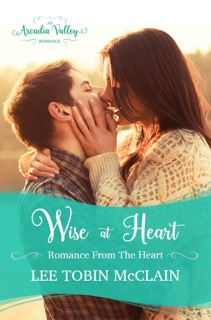 That cover looks pretty intense! Is this a clean Christian romance?

Yes, it is. Daniel and Tabitha are both quiet, bookish people. Neither of them dated a lot it the past. But as with many introverts, once they meet each other, they discover a powerful reservoir of romantic feelings that take them by surprise. But don’t worry: they’re both committed to their values. This is a book that grandmothers, mothers, and daughters can feel comfortable sharing.

What’s your favorite thing about writing in the Arcadia Valley Romance series?

Hands down, my favorite thing is working with the other authors and getting to know them better. They are all so talented! Although we’re all in different places and at different stages of life, we’ve really bonded through this project. We have a private Facebook page where we work together to figure out story details, lift each other up in prayer, and often, have a good virtual laugh.

Is it true that you’re doing a giveaway??

Sure is! I’m offering an e-copy of my previous full-length novel in the series, Secrets of the Heart, to a randomly-chosen reader who will answer this question:  What is your favorite type of hero and why? Here are the choices:

So readers chime in by October 14th, 2017, to be included in the giveaway! (void where prohibited) Or buy your copy here!  http://arcadiavalleyromance.com/posts/series/romance-from-the-heart/