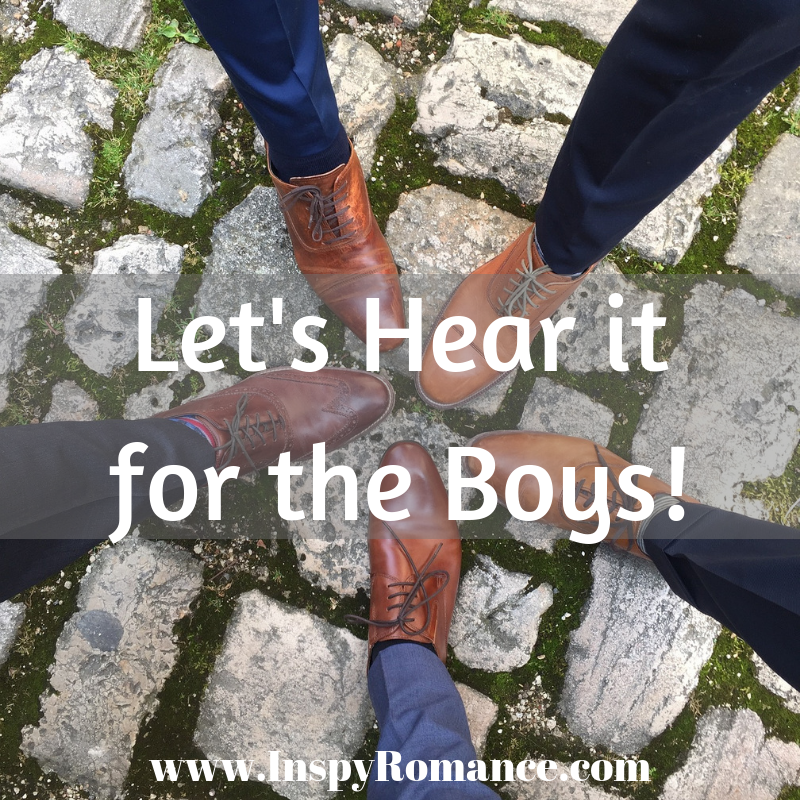 The other day, I saw a number of bloggers talking about the book characters they would like to have as their BFF. Now, to me, BFF means Best Friend Forever, but I’ve also seen a number of people use it to mean Best Female Friend — and in fact, all the lists I saw were focused on female main characters. (Though the bloggers we also female, so maybe women only have female BFFs? I don’t know.) I blogged in May about my disappointments with the difference between female friendships in romance novels and reality. So if one of those Fs is for Female, we know I’m going to be struggling to come up with someone to wear the label.

For most of my life, my friends have been guys. In high school, my mom used to joke about my harem when we’d all get together and hang out in our basement. But they were my buds — and let’s face it, guys are so much less complicated than girls.

When my husband and I met in college, we became friends very quickly and I just kind of eased into his group of guy friends. That didn’t change when we started dating. And it really hasn’t changed in the twenty four years we’ve been married. Granted, many of the people we hang out with are couples now, but most of the time the friendships started between the husbands and I met their wives and we forged a relationship as a result.

In my books, the guys are always so much easier for me to write. I enjoy having a group of three or four guys get together to play video games or something else (usually something nerdy, because, well, I like nerdy guys) and rib each other while solving the problems life has thrown their way. I’ve had people comment that my guys are their favorite parts of my books–I imagine my high school harem helped me with that.

So the reality is, while I would have a super hard time coming up with a list of female characters I wanted as my real life BFF, I can come up with a ton of guys who I’d like to hang out with in a completely non-romantic way. These aren’t book boyfriends — these are just guys who I think would be fun to have over for burgers and cards. (Now I feel like I need to caveat here that this is not an all inclusive list, because really, there’s a limit to how much anyone wants to read, right? And I’m always so nervous choosing a selection of books to talk about because I hate the idea that someone would feel left out. So I’m begging my fellow authors to please know I love them and if they were left out of this list it was purely based on word count and space and isn’t anything personal. I promise. XOXO.)

Caleb Graham in Heather Gray’s An Informal Introduction. Oh man, he’s awkward and funny and has the perfect blend of deadpan and caring. I’m 99% positive he’d have some of the funniest and best stories to tell once he got started.

I also think Jaycee Weaver’s Garett Wilson from Love, Laughter, and Luminarias would be fun to hang around. He gets geek, which is a big plus, but he’s also good with doing the friend thing with girls. (Not all guys understand how that works.) And I think Garrett and Caleb might just have fun together, too.

Have you met Liwen Ho’s Spark brothers? They would all, I think, be awfully fun to have over for supper — together or individually. (Of course since I’m organizing a board game night, they’d just have to settle for hanging out with Caleb and Garrett as part of the crowd.) And I’m not going to choose just one of the brothers – they need to all come as a clan. 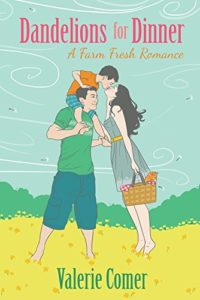 Valerie Comer writes a great hero. Since I cheated with Liwen, I can’t just use all the guys at Green Acres. (But really, I’d love to spend a week up there, and the guys are a big part of why.) It was tough, but I think Brent Callahan in Dandelions for Dinner edged out the rest of them by a hair. Some of that is because as much as I adore Brent, I almost equally disliked Allison at the start of the book. And Brent handled it. It’s good to have a guy who can roll with things–and then stand firm when needed–in your crew.

And I think maybe I’ll round out my far from complete list with Lee Tobin McClain’s Lucas Morales from Joy of My Heart in the Arcadia Valley series. Lucas is a bit of an unplumbed depth, but he still knows how to have fun and would be, I think, a great addition to a group of guys to have over for nachos.

Now it’s your turn! What male characters have you read lately who you’d like to hang out with in a completely platonic, BFF kind of way? (Or maybe you don’t like having guy friends – that’s cool too – tell me why!)

I’ll choose a commenter on Wednesday to win their choice of my ebooks.