This time five years ago, my life turned topsy-turvy.  My husband and I were winging our way back from a month-long holiday in Finland and Romania. What lay ahead during the next ten days was crazy, and looking back, I can’t believe I accomplished what I did.

We had gone to Finland to attend the wedding of my youngest son. Kyle and Tiia were legally married in court during April 2012, but their actual wedding, when they truly became man and wife, happened on July 7th on the banks of a lake beside a forest in the middle of Finland. The fathers of the bride and groom married them—one in Finnish (with English translation); the other in English (with Finnish translation). After their wedding, hubby and I spent ten days at a summer cottage in the south of Finland (which became the storyworld of my first published novella, Helsinki Sunrise). What makes this book even more special to me is that Kyle and Tiia became my cover models for this story published by Pelican Book Group. Currently, Helsinki Sunrise is being translated into Norwegian and will be published by Hermon Forlag. Unfortunately, I don’t have a release date yet (hoping it’ll be soon as news of this translation came a year ago). 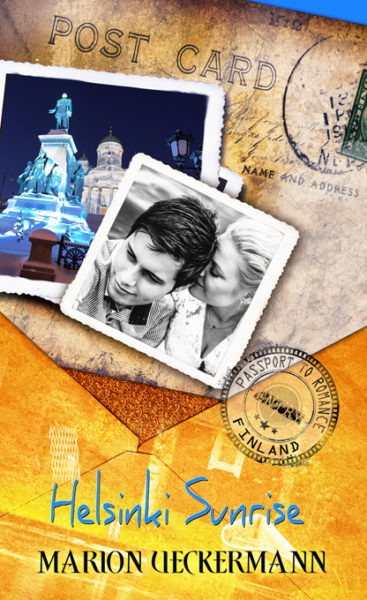 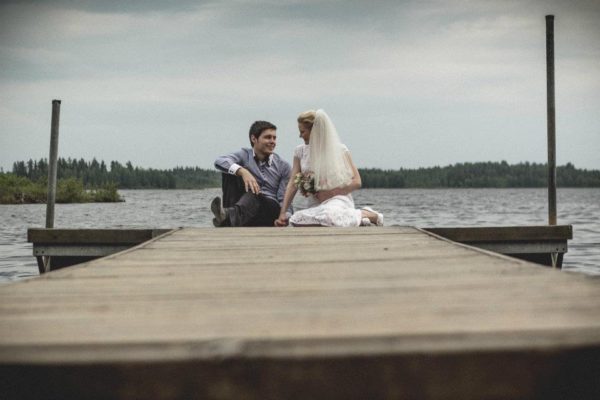 Finally, following the wedding and summer cottage experience, which was shared by about 15 young people—friends my son and daughter-in-law had made during their tenure at OM missions training the previous year—we spent a week in Romania helping to build houses for the gypsies.

When I landed back home in South Africa, I hit the ground running. Between returning to work for a few days, I had two weddings that I was organising—doing the décor, flowers, table settings, and at one wedding, even the food. The full Monty! Kyle and Tiia were to have a South African wedding (yes, that makes their third wedding in almost as many months), and three days later was my oldest son’s wedding. All I can say is that between setting up and cleaning up after one wedding, then going straight into preparing the next wedding, I had little sleep until the weddings were over. 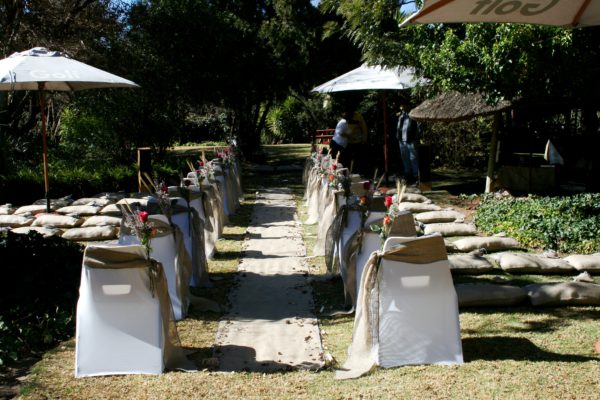 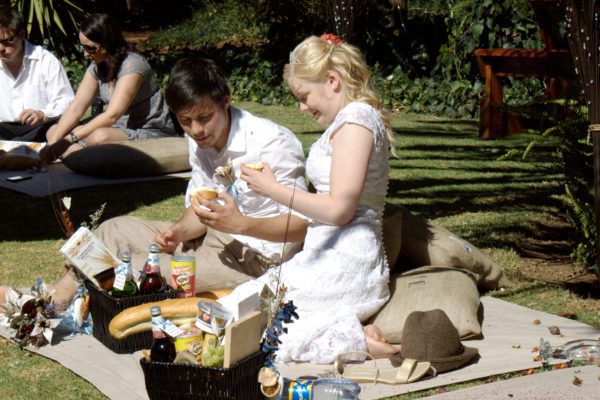 The two weddings couldn’t have been more beautiful, or more different. Third time around, Kyle wanted something low-key, so we did a picnic wedding on my sister’s farm complete with picnic baskets and a lamb-on-the-spit for the meal. The wedding was about to start and I was still trying to have my hair done. I think I started getting ready perhaps a half-hour before the wedding. Almost the thing same happened at Ryan’s wedding.

Ryan and Amy’s wedding on the other hand was truly a fairytale one…down to the finest detail. Horse and carriage arrival for the bride, exquisite chapel, majestic music, red carpet (oh, actually, I should say white…the runner was printed with Ryan and Amy’s special saying—Forever and Always). The tables were named after great literary romantic heroes and heroines—Anthony & Cleopatra, Romeo & Juliet, Rhett & Scarlett, to name a few, and the amazing wedding photos were done by 5 Talents Photography. 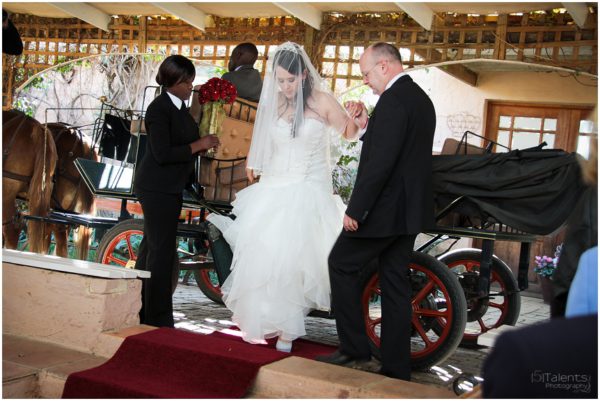 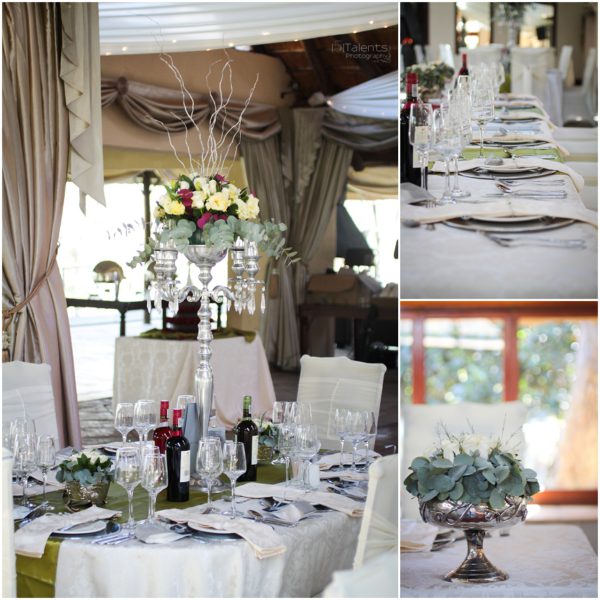 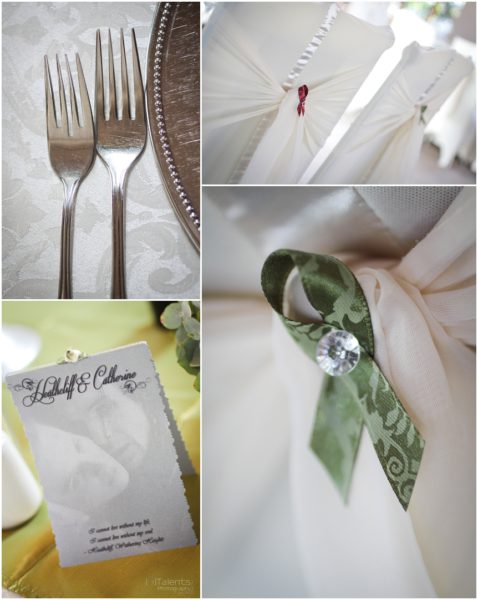 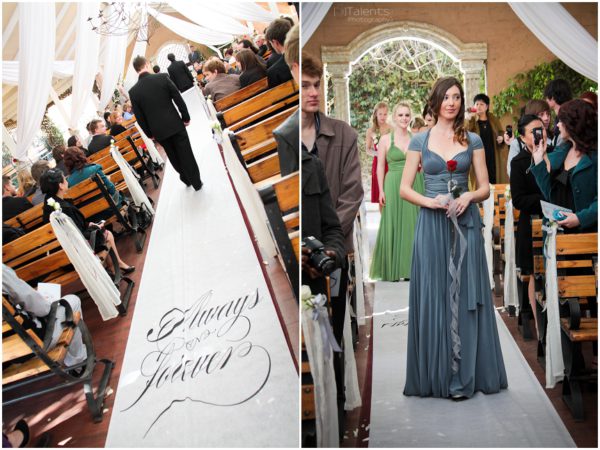 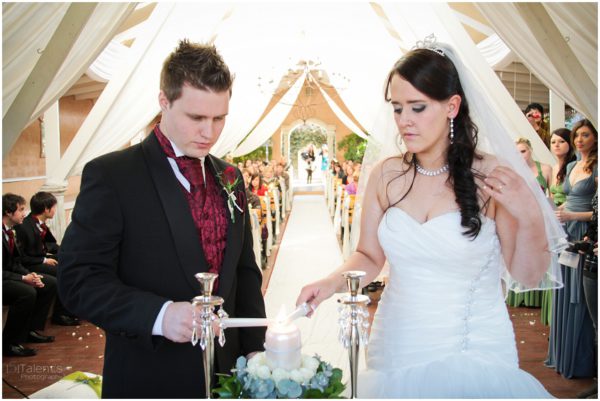 As always, I did not allow the experiences to go unused. I drew on Amy and Ryan’s magical wedding and used some of the elements from there for Maggie and Davis’s wedding in A Courtship for Clover. This fifth book in my Seven Suitors for Seven Sister recently released in the box set, Picnics and Promises. The solo book is available in print. 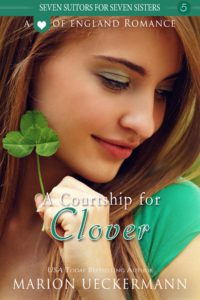 A COURTSHIP FOR CLOVER

Top London chef Clover Blume has one chance to become better acquainted with Jonathan Spalding away from the mayhem of her busy restaurant where he frequently dines—usually with a gorgeous woman at his side. When the groomsman who is supposed to escort her at her sister’s New Year’s Eve wedding is delayed because of business, Clover begins to wonder whether she really wants to waste time with a player whose main focus in life is making money rather than keeping promises.

Jonathan lives the good life. There’s one thing, however, the London Investment Banker’s money hasn’t managed to buy: a woman to love—one worthy of his mother’s approval. Is it possible though, that the auburn-haired beauty who is to partner with him at his best friend’s wedding—a wedding he stands to miss thanks to a glitch in a deal worth millions—is finding a way into his heart?

But what will it cost Jonathan to realize it profits him nothing to gain the world, yet lose his soul?