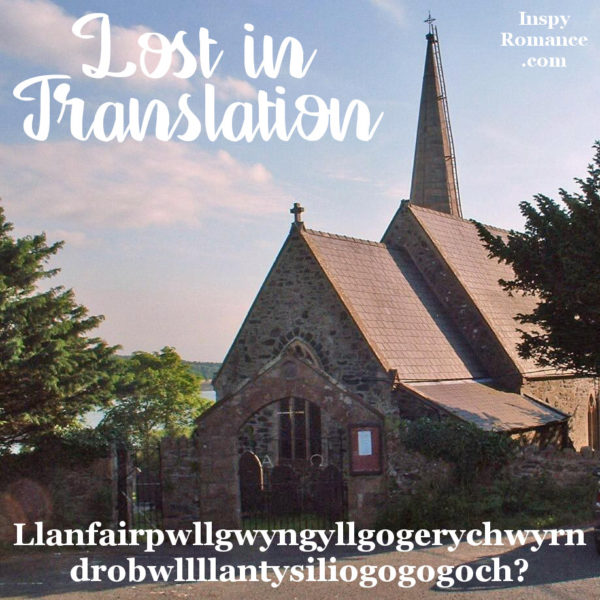 Language. We all have one or more. We all use it to communicate. A common language unites countries, while different languages can divide.

Using at least a few words in other languages has been a necessity in A Tuscan Legacy, focused on a big family of Italian origin. Then add a range international settings. Three books set in Italy (That’s Amore, Ti Amo, and La Risposta) two set in the US (Luna Rosa and Rapsodia), one in England (La Fiamma Sacra), and one with multiple settings from Germany to Scotland to Paris (Bella Notte).

And just to make my job as an author more interesting, I set Book 8, Dolce Vita, in Wales. Though part of the United Kingdom, Wales is a country in it’s own right, with its own language. All official documents and signs in Wales (Cymru in Welsh!) need to be in both English and Welsh, and learning Welsh is compulsory at school. I did keep things that little bit easier – rather than setting it somewhere almost everyone speaks Welsh in preference to English, I set it in the multi-cultural Welsh capital of Cardiff (Caerdydd in Welsh), where only 20% of the population speak Welsh.

Only one catch. Though Rachel, the heroine, is English, the hero, Jon, is fluent in both Welsh and English. And Welsh is his first language. Naturally, he often thinks in Welsh. A language I’ve always wanted to learn. Dad lived in Wales in his teens, and sang a lot in Welsh, so I grew up with Welsh around me, but knew zero actual words.

Okay, I think I can safely say I will probably never learn to speak Welsh. I studied Indonesian at school, and could write some but when I visited Indonesia discovered I couldn’t pronounce it so anyone understood. I’ve tried to learn French,  could write some but had abominable pronunciation. More recently, I’ve been learning Bulgarian, both because it’s a country I’ve visited a few times, and I’d always wanted to learn to read the Cyrillic alphabet (used in Russia and a number of other Eastern European countries). No surprises – I can read far more than I can say!

When it comes to Welsh, I’m not sure I’d ever get my clumsy tongue around some of the words. Like that place name. Llanfair­pwllgwyngyll­gogery­chwyrn­drobwll­llan­tysilio­gogo­goch. The second longest one-word official place name in the world. Oh my! Translated, it means  “Saint Mary’s Church in a hollow of white hazel near the rapid whirlpool of the church of Saint Tysilio with a red cave”. And the name was actually invented in the 1860s when the railway station was built. The original name was Llanfairpwllgwyngyll.

Right. Not sure I’ll try saying that one, either! If you want to apparently it sounds something like this Thlan-vire-poothl-gwin-githl-go-ger-igor-chwen-drob-oothl-landus-ilio-goh-goh-goch.

The really fun thing was learning some Welsh words of emotions and love. It’s a romance, after all! Welsh is a beautiful, poetic language. Many words don’t have a direct English translation. Like Hiraeth. Homesickness. Nostalgia. Longing for the place we belong. And enaid. It can be translated as friend. But, thanks to my wonderfully multi-talented editor, who amazed me by disclosing she CAN speak and read Welsh, I discovered it means far more. It can also mean soul. Soul friend. Far deeper than just friendship. A friend of the heart and of the spirit.

Jon and Rach have been enaid for many years. But will a wedding bouquet lead to them becoming more? And can Rachel forgive past hurts enough to find she does belong in the Rossi family?

There are many more Welsh words and sayings in Dolce Vita. A couple, like maldod and cwtch,will become part of my vocabulary. Uh, if I every learn to pronounce cwtch, that is!

Dolce Vita is currently just 99c or can be read free in Kindle Unlimited, along with the rest of the books in the series. And the story that helped inspire A Tuscan Legacy, showing Rachel’s mother Maggie find new love, is also available for 99c this week as part of the London Loves boxed set. 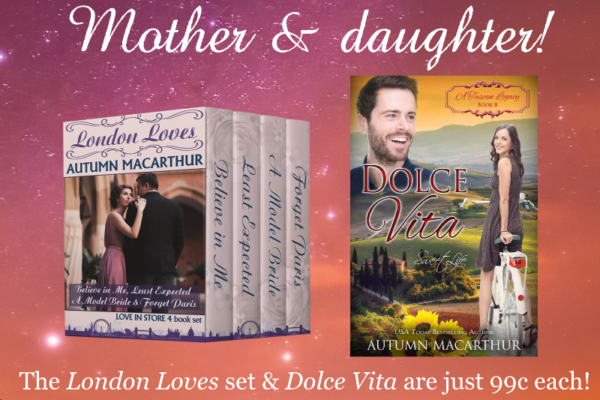 Can you speak any other languages besides English? Or are there any languages you’d especially like to learn? One comment made on this post before June 16 will be randomly chosen to win a copy of London Loves, or winners choice of my ebooks.