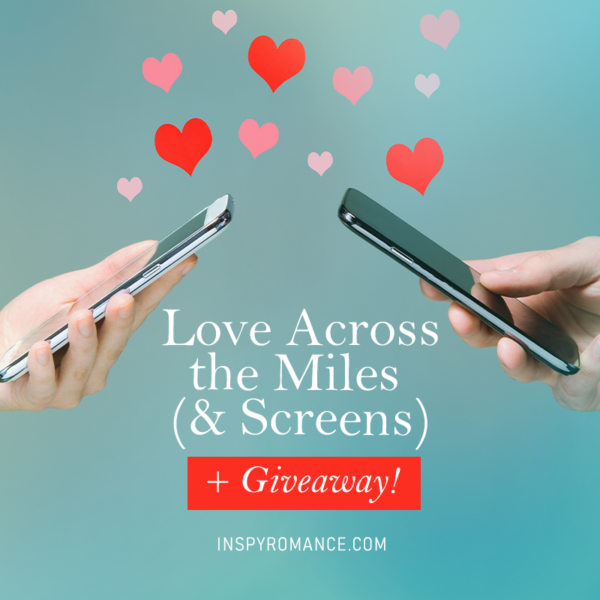 Last week, my husband and I celebrated our 20th wedding anniversary. Naturally, a milestone like this has one reminiscing about beginnings. We first “met” back in the late 90s on AOL, but neither were looking for love. I was living in Florida and had recently decided to attend college in North Carolina. I wandered into a chat room (remember those?) for young adults who lived there to ask for any advice. One sweet guy offered some and the rest, as they say, is history.

This digital meet-cute turned into lots of instant messages, emails, old-fashioned hand-written letters, and phone calls. We first met in person when he was in town for a Walt Disney World trip. It truly was love at first sight. Several months later, I began attending college in the NC mountains, putting he and I about three hours apart. Though this was much closer than Florida, we dated long-distance for three years before I graduated, and we married.

Our college years weren’t the only ones we spent apart. My husband became a professional stage manager and has taken jobs with theaters on Broadway, in Chicago, back down in Florida, and on tour around the country with productions like Hamilton and Wicked. (I’m very, very proud of him!) To say we’ve had to master ways to keep our romance fresh while long-distance is an understatement. Of course hard at times, I’m so grateful that God paired me with someone who goes the extra mile to show me every day how much he loves me. Swoon!

This got me thinking about Christian romances that incorporate characters whose love stories take place with miles between them and/or have the digital age to thank for connecting them. Let’s take a look at a few, then you can share others you know about.

Writing Home by Amy Anguish – Inspired by a stack of letters of her grandparents, Christina becomes pen pals with Jordan, her best friend’s cousin who lives two states away. As they grow closer through written word, can love cross the distance?

Two Blue Doors Series by Hillary Manton Lodge – Inspired by her grandmother’s evolving story, Juliette resolves to explore the world of online dating. To her surprise, she finds a kindred spirit in Neil, a handsome immunologist in Tennessee. With a long-distance relationship simmering, Juliette faces life-shifting decisions.

Tacos for Two by Betsy St. Amant – Rory and Jude are two food truck cooks competing against each other at an annual festival. But Jude discovers Rory, his stiffest competition, is the person he’s been falling for online for the past month. A twist on the beloved rom-com movie, You’ve Got Mail!

An Informal Affair by Heather Gray – ER nurse Lia takes matters of love into her own hands and decides to try online dating. Her long-time friend and hospital IT guy Maverick agrees to join her to offer moral support. They meet regularly to trade bad date stories, but has God had another plan all along?

Lavender and Lace by Tara Grace Ericson – In their online writer chatroom, Lavender and Emmett are getting serious. In the real world though, he thinks she’s shallow, and she thinks he’s out of touch. When their worlds collide, will their hearts survive? Another modern-day nod to You’ve Got Mail.

All the Moore by Toni Shiloh – Leilah has been living behind the screen to hide her disability. She starts an online friendship with fellow gamer Reggie, feeling safe that they’ll never have to meet in person. But when Reggie gets a job promotion that will close the distance between then, Leilah can’t hide any longer.

My heart goes pitter-patter for these stories of long-distance romance in the digital age. Over the years, my husband and I have often talked about how in awe we are of God’s creativity to get us together. He really is in the details!

What other Christian romances can you think of that incorporate characters who fall in love online and/or over the miles?

To celebrate twenty years of my own at-times distant romance, I’m giving away an ebook copy of one of the books mentioned above – winner’s choice! To enter, simply comment below. Entries close this Friday, July 29. Open to US and international readers with a valid email address.