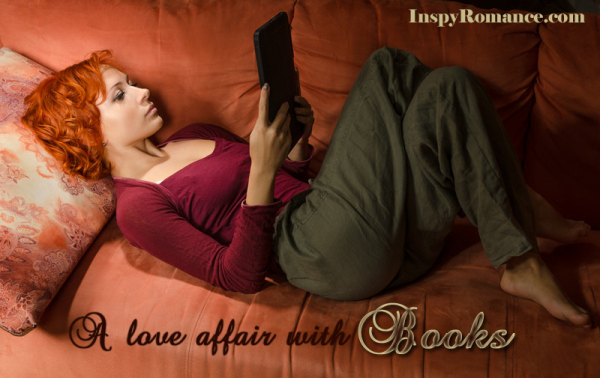 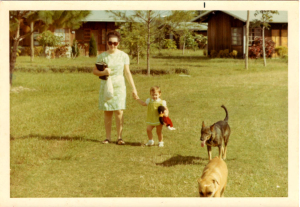 I spent the majority of my childhood in a country other than the one where I had been born. When I was just eighteen months old, my parents answered God’s call to go to the Philippines as missionaries. Until I graduated from 8th grade, I lived on a wonderfully lush, heavily treed mission center. Dirt paths ran from house to house. Tropical delights, such as mangoes and guavas, hung on trees, enticed us to climb and pluck the fruit. Everyone on the center was an “aunt” or “uncle”. And when a missionary’s mother came to live with him, we gained ourselves a “grandma”! It was a rather idyllic place to grow up. 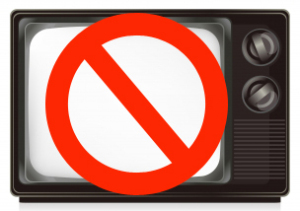 Image courtesy of Ohmega1982 at FreeDigitalPhotos.net

However, there were several things we didn’t have. There were no phones—at least for the first ten or so years. And when I say phones, I mean the rotary style. There were definitely NO cell phones. We got our first computer when I was about 11 or 12, but there was no internet. And we had no television. Except for the years when I was five and ten and we were back in North America on furlough, we had no television and even if we had, it wouldn’t have had programming appropriate for children.

But we did have books. There was a library at our small mission school and also a general library on the center, so we had lots of books! And once I discovered them, I was a goner. While other kids were out running barefoot around the center, I could usually be found with my nose buried in a book. My friends would climb trees, and I’d sit beneath them, deeply immersed in another world. Another time. Another place. 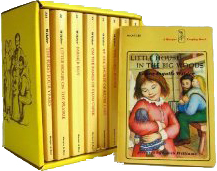 I may have been seated beneath a lush tropical tree as I read, but my mind was firmly entrenched in a prairie scene. Where a young girl and her sisters, their long skirts wrapping around their legs, did chores, played together and listened to their pa play his fiddle. 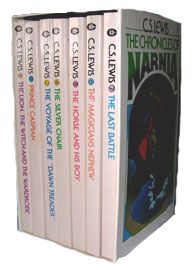 Perspiration dripped down my face and back as I hunched over my book, but there was no heat as I pushed through the coats in a wardrobe and entered a frozen world with a young girl and her brothers and sister.

Though I was experiencing more of the world than most children my age by being a missionary kid, my mind loved going to so many more places. I am a homebody by nature, but through books I would get the best of both words. I could stay in the comfort of my own bedroom and still travel to exotic and foreign (to me!) places. 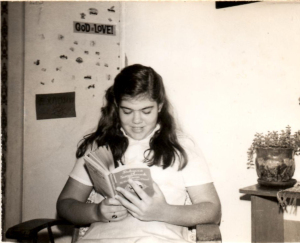 I’m not sure how long it took my parents to realize that grounding me or sending me to my room as punishment was actually a wonderful thing in my mind. Forced to stay in my room with my bookcase full of books? Heaven! Eventually they did catch on and soon taking away my books became my punishment. I remember one time in particular, after having been asked several times to set the table, I lost my reading privileges. What made it more awful than usual was that a package arrived from my grandparents that week with a bunch of new books for me. That was the worst week of my young life! 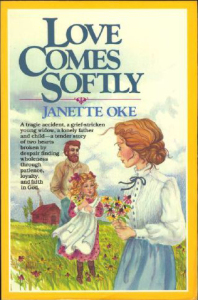 As I got older, my heart yearned for that romantic connection in the stories I read. Whetted, no doubt, by the introduction of “Manly” in Laura’s life. But my love of the romance genre was firmly cemented in my heart when I met Marty and Clark. It was the perfect mix of romance and faith. I read all the books available by Janette Oke at that time and then looked around for more.

My reading time has lessened over the years as my family life and day job required more of me, but gradually over the past few months I have once again found myself taking the time to read more. And there really is nothing like connecting with characters and going with them on that wonderful journey called falling in love. 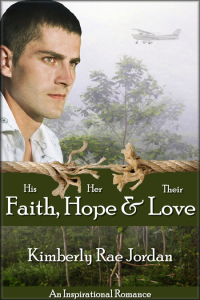 When I decided to try my hand at writing one, my love for the love story kicked up another notch. Now I get to give voice to the characters in my head who want me to tell their love story! So fun and exciting!  Sharing those stories with other readers who feel as I do has been such a blessing.

Do you remember the book that first drew you to inspy romance?

Or the book that left a lasting impression on you?

Comment below to win a copy (print or ebook) of my book, MARRYING KATE.

Contest open to everyone until September 25, 2014. 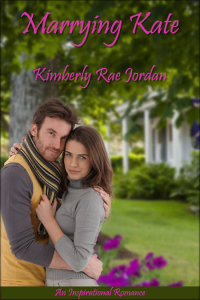