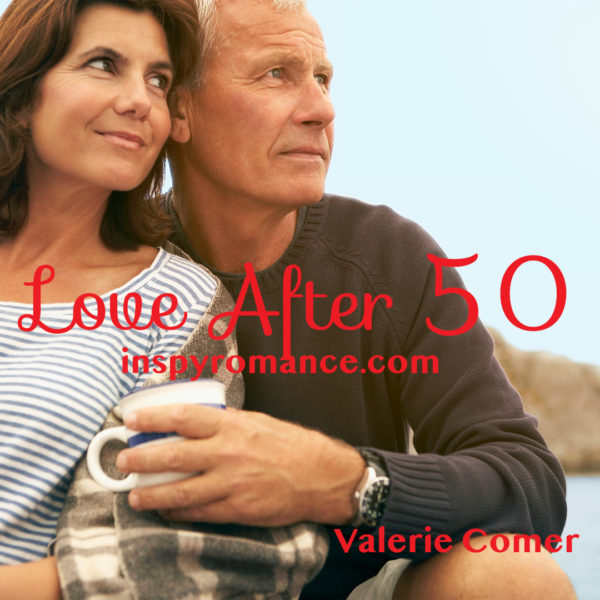 All you twenty- and thirty-somethings, let me assure you that life and love aren’t over at forty. Or fifty. Or, ahem, sixty…

A while back, it occurred to me that possibly readers might think I believed romance is only for the young, since all my stories featured heroes and heroines in their 20s with a few in their early 30s. Personally, I know better! So I should (at least sometimes) write like it!

It is definitely possible to have remained single until over fifty… and then find love for the first time. But it’s far more likely to arrive at fifty “single again” after a divorce or the death of a spouse. Any of the three ways to be doing life solo at fifty come with a lot of history… fifty years of it, to be precise. ;)

Charlie Jalonen has been divorced for twelve years at the opening of Cadence of Cranberries. His ex’s accusation was that he was never home, which he knows is true. He had a challenging, high-paying job he loved, with the option of lots of overtime. This got them their ritzy house, their fancy cars, exotic vacations, and whatever his wife and two daughters could think of to desire. Until money and things weren’t enough to hold his family together.

Charlie has only recently begun to build a relationship with one of his twenty-something daughters, who introduced him to Jesus. The other daughter wants nothing to do with him. 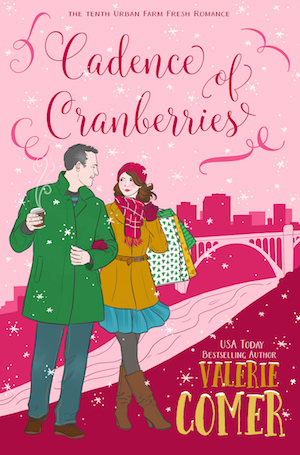 Sadly, I think the “before” in Charlie’s story could apply to many people who get caught up in the world’s definition of success. They lose sight of priorities and simply chase money. It’s like they believe the old saying, “he who dies with the most toys, wins.”

We know better, right? He who dies with the most toys… still dies, and likely has little to show for eternity. Charlie has come to this realization several years before this story opens. He’s accepted an early retirement package from his company, moved across the state, and bought a coffee roasting business. He doesn’t know much about the roasting end — thankfully he retained the roastmaster — but he runs the coffee truck himself.

Winnie’s been widowed a little over two years at the opening of this story. Her husband, Al, was a godly man who made an impact on many lives for Jesus. He left her with five kids ages 23 to 11. The youngest saw his dad’s truck get T-boned by a drunk driver and hasn’t been the same since.

When Winnie’s oldest son asks Charlie’s daughter to marry him, Winnie and Charlie are thrown together to help plan their kids’ wedding — Winnie, who knows true love and a lasting marriage don’t come from a fancy, upscale wedding extravaganza, and Charlie, who hasn’t completely relinquished the idea that money fixes everything (until it doesn’t).

Whether you’re married, single, or single again, what would you consider one of the best marriage tips you’ve heard or experienced?

There are so many! But this is one I usually share when asked: love isn’t a mushy feeling. Love is an action word. Make the decision to love every single day. 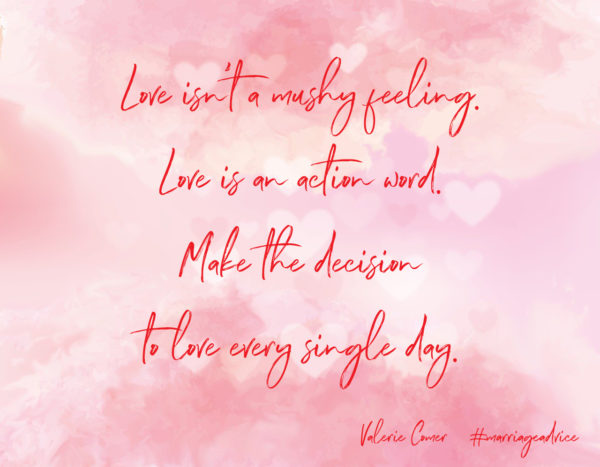 Cadence of Cranberries is now available on Amazon worldwide. Purchase a copy or borrow it in Kindle Unlimited! The paperback version is also available now.

PSST! If you haven’t read my Saddle Springs western romances yet, this is a great time to do so! Book 1, The Cowboy’s Christmas Reunion, is FREE on Amazon through Saturday, while Book 2, The Cowboy’s Mixed-Up Matchmaker, is 99¢ (US/UK only), and Book 3, The Cowboy’s Romantic Dreamer is $2.99 (25% off)! Books 4-6 are at the regular price, $3.99, but are also available in a series bundle at a savings if you prefer. Click here to view the series on Amazon.

The header image (purchased from Deposit Photo) portrays how I envisioned Winnie and Charlie while I was writing their story.