One of my most popular series is called The Courage Series (To Protect & Serve, White Knight, and For Real). The Courage Series revolves around a firefighter who becomes kind of the center-pin for a whole group of friends.  In the course of the three novels, the characters again and again face situations that call for great courage.

However, many times when we think of courage, we tend to think of dangerous situations–fires, wrecks, etc.  There are certainly enough of those portrayed in the three books, but I think by the third one (For Real) we begin to see a different kind of courage called for–the courage to love with your whole heart, to be “all in” with someone and to love no matter what.

That’s a tough one because most of us have learned the art of loving when it’s convenient, when it’s easy.  We have friends who seem great until we need something, and then they disappear.  “Fair-weather” friends.  But this series really points out that real friends aren’t just there when things are good.  Real friends are there particularly when things get rough.

When life keeps throwing curveballs meant to take you out, that’s when you need friends the most–and when you, as a friend, need to be there for others the most.  This is really hard, and it requires having a verb kind of love, not just a noun kind of love.

See, the noun kind of love is all hearts and flowers and champagne.  It’s going out to party together, celebrating, having fun.  But the verb kind of love is the part that happens after the end of the movie.  The part you have to step into when he loses his job or she loses her health.

It’s the part that society doesn’t like to focus on–the being there for someone when the chips are down and they have been stomped on by this thing called life.  It’s showing up when someone close to them has died and being willing to be there, with them, through the trials and the tears, through the heartache and the healing.  That’s the verb kind of love, and it takes immense courage.

It’s the kind of courage that The Courage Series is ultimately about.  Having the courage to live love, to be love, to give love–when it’s easy, and when doing so might just tear your heart right out. 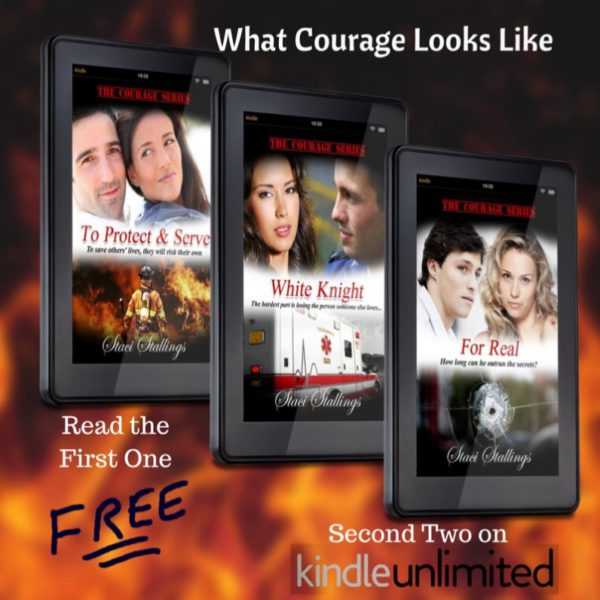