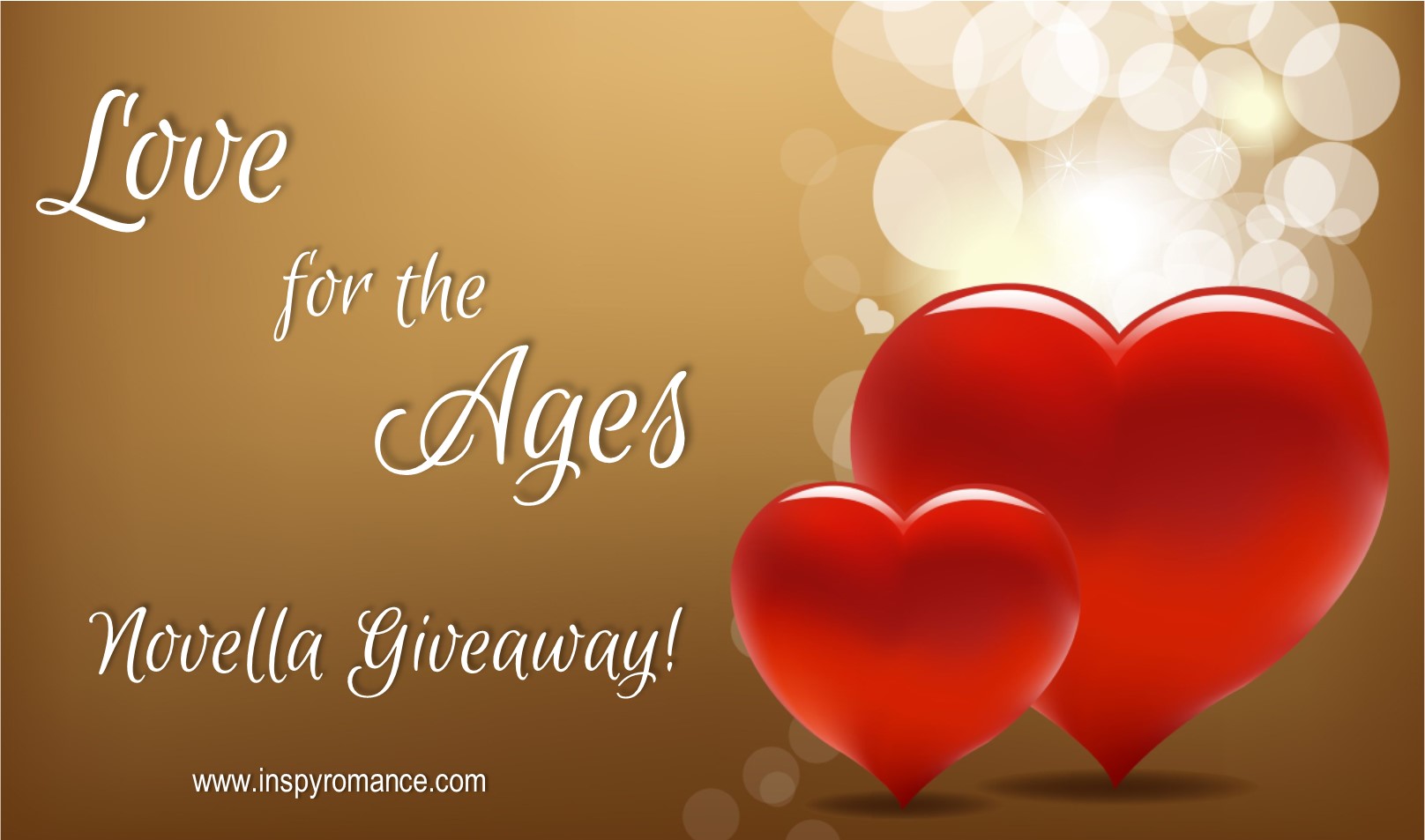 As I was trying to figure out what to post about this week, I was skimming my last couple of posts and realized that a couple months ago I mentioned a super secret project then NEVER TOLD YOU WHAT IT WAS ABOUT!!! Oops! ;) So here we go!

I wrote the novella Love for the Ages earlier this year – and I’m giving it away! Yep! Subscribers to my newsletter can snag it for free – or you can pick up an official Kindle copy for .99. (There’s no difference in the content – just how some Kindles handle saving and sorting the file.)

But here’s the thing…

It’s kind of historical. (shhhh!) Technically, anything after either WWII or Vietnam* is considered contemporary. With that in mind, it does fit our InspyRomance guidelines of contemporary Christian fiction.

But it’s set in 1990. In some ways, that feels REALLY old. Almost 30 years in fact! It’s the story of King Benjamin’s parents. He’s the hero of my most recent release, The Indentured Queen. Even before that, it’s well established that his parents completely adored each other. This is their origins story as it were.

So I thought I’d share a snipped and let y’all decide if it should be considered historical or not ;). And feel free to join my mailing list and grab your own copy for free.

Love for the Ages

“May I escort you inside for dinner?”

She slid her hand into his elbow. “I would like that.”

For a first date, she experienced very little of the awkwardness unlike the first time she went out with any other guy before Alfred.

But he was different. They didn’t run out of anything to talk about. They laughed. He touched her hand as they talked. He told her about his younger brother and sister.

Eliana told him she had a brother, but not much about him or the rest of her family.

Just as they finished eating, she caught a glimpse of Mary rushing through the room. Alarm coursed through Eliana.

“What is it?” she asked as Mary stopped at their table, her hands on her knees as she tried to catch her breath.

“Your mom called the store. She forgot you weren’t working, so I told her I’d come find you.”

Fear and dread filled the pit of Eliana’s stomach. “What is it?”

Mary shook her head. “I’m not sure, but she said you needed to get to the hospital as soon as you can.”

Eliana grabbed her purse. “I’m sorry, Alfred, but I have to go.” She groaned. “My car is all the way across campus.”

Alfred stood. “I’ll take you. Mine is right outside.” He grabbed their trays and threw the trash in the nearby can. “Let’s go.”

With his hand on the small of her back, they rushed through the student union café. They couldn’t get to the hospital fast enough.

Alfred kept an eye on his rear-view mirror as he negotiated the unfamiliar streets. “I’m not sure where exactly we’re going.”

“Turn right at the second light.” Eliana swiped at a tear.

Whatever was going on, he hoped he’d escaped campus without the paparazzi noticing. They had an agreement. As long as he remained on campus or at official university functions, he was off-limits. There had been much grumbling about how much time he spent within the hallowed confines of the campus. In fact, this was only the second time he’d left in six weeks.

The first time, only a couple of photographers saw him grab a pint with Edward and a few mates. He was over eighteen. It was legal in Auverignon, but it still drew much criticism. He’d only had one even.

The bag phone in his car rang while he sat at a light. It was Thor, checking in and finding out where he was headed.

“You have a phone in your car?”

The light changed. “Yeah. My parents pay for it in case someone needs to get a hold of me.” More so his security could get in touch with him if their cars got separated unexpectedly.

“It’s kind of cool.” Eliana picked up the whole bag and twisted it around as Alfred came to a stop at another light.

He waited for the light to change then turned onto the other street. As soon as he did, the hospital came into view. “What entrance do I need to use?”

“Just go straight. You can drop me at the front.” Her dark hair hung like a curtain blocking her face from his view.

“Nonsense. I’m not going to leave you alone until you’re with your family.” And maybe not even then. He didn’t want her to be alone.

That’s the end of Chapter 1 and beginning of Chapter 2. What jumps out at you as “not quite contemporary”? I’ll share my thoughts in the comments later today.

Love for the Ages 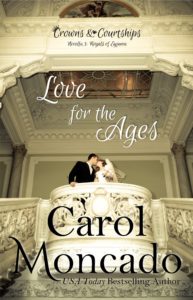 Before she was the queen mother, Eliana Robertson was just a young woman studying at an Auverignonian university.

Then she met a prince.

Crown Prince Alfred of Eyjania knew he wanted to marry Eliana the moment he saw her, but even though he knows they’re meant for each other, it can’t be that simple.

A scheming brother, a sister who thinks she knows best, and a mom who would give anything for her daughter to be queen all make it difficult for Alfred and Eliana to discover if they really do have a Love for the Ages.

*Depends on who you talk to, but that’s kind of the generally accepted guidelines.