As a romance writer, I believe that romance can be found anywhere.  In a park. On a cruise ship.  On a college campus.  And in a quaint fishing village in Alaska.  My September release from Love Inspired, “An Alaskan Wedding,” takes  place in the great state of Alaska in a town named Love. 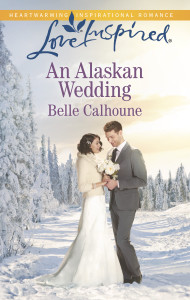 One of the reasons why I wanted to write this book was because I love the “fish out water” concept.  The story revolves around Grace Corbett, a journalist who travels undercover to Love, Alaska to research a story. When she meets Sheriff Boone Prescott she finds herself falling for the Alaskan hunk, even though she is only in town in pursuit of a juicy story.

So far, I have received wonderful feedback and an amazing 4.5 stars from RT Book Reviews and the reviewer, Leslie McKee.  Knowing that this book of my heart was being well-received has been amazing as an author.  It has been incredible to receive letters from readers who live in Alaska and feel that I nailed it, even though I’ve never stepped foot in the last frontier.  One of my favorite letters was from a 79 year old reader who told me how much she loved the book and instructed me to visit Alaska…immediately! 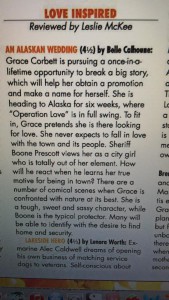 Little did I know when I sold this book, but more blessings were coming my way.  I sold, in a three book deal, more books set in Love, Alaska.  This fictional town that I had created was going to continue with more faith-driven couples, more happily-ever-afters and more glimpses into the wonderful Alaskan lifestyle.

My goal this year is to travel to Alaska.  Not just for research, but to see this glorious land that I have fallen in love with through my series.  My husband has always wanted to travel there, but until recently I was on the fence.  I’m really looking forward to that voyage. 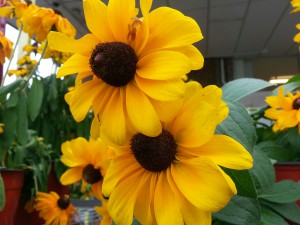 With a three book contract from Love Inspired, as well as several more characters who need their happy endings, I’m going to be in Alaska for quite a while.  “Alaskan Reunion” is going to be released in mid-February of 2016, with another, as yet untitled book coming out in August of 2016. 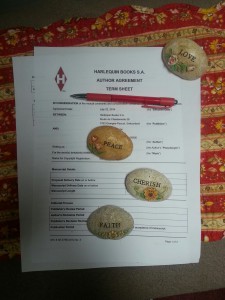 In honor of the release of “An Alaskan Wedding” and the three book deal I signed with Harlequin Love Inspired, I am giving away five copies of this book. 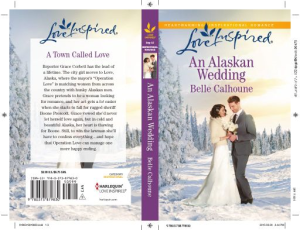